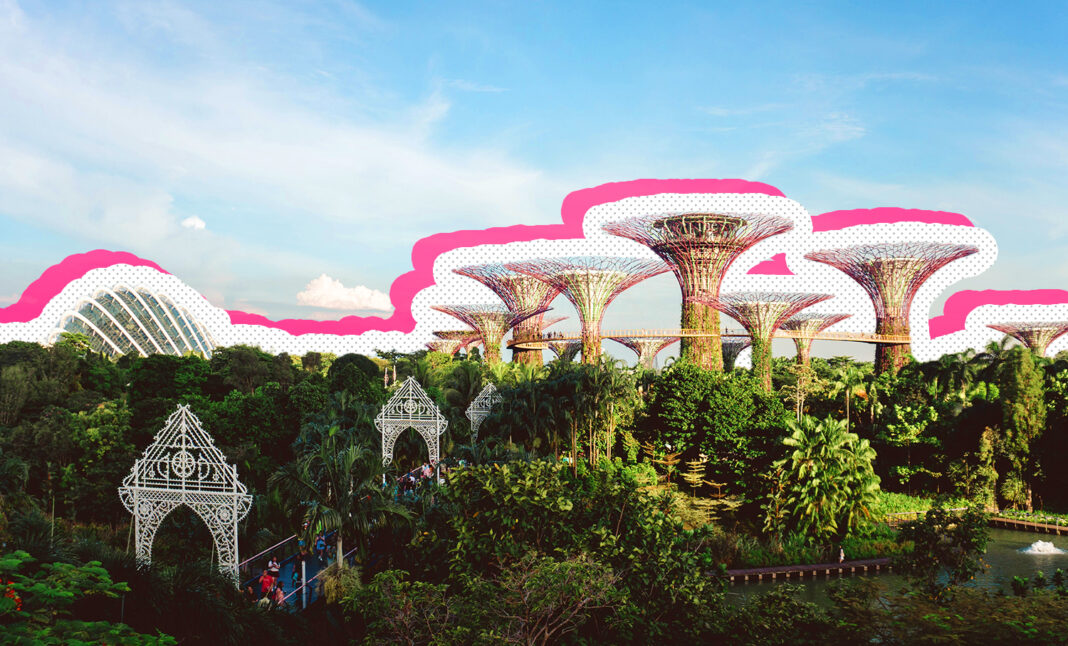 There’s no denying that global warming is a huge challenge the world is currently facing. Increasing populations and consumerism have led to rising pollution levels in our oceans, our air, and our forests. Many cities have recognized their role in the problem and have promised to become more sustainable. No city is perfect when it comes to eco-friendly efforts. Still, there are some definitive winners that are setting an example for the rest of the world. These are the top eight most sustainable cities in the world. Some might just surprise you!

The city promotes eco-consciousness in a variety of ways. Many residents opt for biking as their primary form of transportation. The busses that do run through the town are converting from diesel vehicles to electric. Copenhagen has water-powered boat taxis and electric solar-powered boats. There’s also the famous Copenhill. This landmark is a “combined heat and power waste-to-energy plant” that also has a year-round ski slope on the roof.

All of this has often earned Copenhagen the well-deserved title as the most sustainable city in the world.

Singapore holds the title of “Asia’s most sustainable city.” The city has a lofty goal of becoming the greenest city in the world. In the early 2000s, Singapore started a robust eco-friendly push, including making “green building” mandatory in 2008. Since Singapore is so small, the focus has been to replace all the green spots lost on the ground with sites in the sky. What does that look like? Gardens on the roof of most buildings, as well as buildings wrapped in greenery.

Singapore has a goal that by 2030, 80% of its building will have an environmental performance rating called “Green Mark.” Singapore’s “Green Mark” rating system launched in 2005 and is only given to buildings that:

Also, the city announced in 2013 that in less than 15 years, 85% of all residents will live less than 400 meters from a public park. This will be a particularly impressive accomplishment to pull off, considering the city’s small size and dense population!

Stockholm wants to remove the use of fossil fuels in the city by 2040. It plans to reach this goal by shifting to bio-fuel options. Currently, the city has started to generate bio-fuel from sewage waste to power cars around the city. It also reuses wasted heat from its 30,000 seat stadium. That wasted heat is repurposed to warm over 1,000 homes. This city knows how to work smartly to pivot towards a more eco-conscious future.

Iceland is progressive in many ways. For six years in a row, it’s been the country with the smallest gender index gap. It’s also a country that focuses on sustainable efforts, which is most heavily seen in Reykjavik.

By 2040, this city hopes to eliminate all greenhouse gas emissions. The plan to get to this place includes a robust, reliable public transportation system made up of hydrogen buses.

Reykjavik also does what it can to promote biking and walking around the city. The city has invested millions towards new cycling paths and offers free parking and tax incentives to public employees with electric cars.

Additionally, only 0.1% of all of Iceland’s electricity is produced by fossil fuels. In Reykjavik, geothermal wells are used to turn water to steam to electricity. This sustainable practice helps the city use clean energy to warm homes and light the streets.

Clearly, Iceland’s largest city is ready to set an example for the rest of the world.

Ljubljana is known for many things – stunning countryside, castles, friendly people, and historic architecture. Once you visit the city, you’ll immediately notice how clean and green it is. And, Ljubljana has worked hard to get it that way.

The city has reduced the amount of waste it sends to the landfill by 80% since 2008. And the goal is to keep going, eventually getting it down to 60 kg per person by 2025.

In 2014, Ljubljana was the first EU capital to adopt a Zero Waste goal. The city’s waste management organization even has a zero-waste vending machine that sells sustainable cleaning products to customers who bring in reusable containers.

Additionally, over 50% of Ljubljana is dedicated to green spaces and parks. Since its shift to more sustainable practices, the city quickly developed over 230 kilometers of cycling routes throughout Ljubljana.

Ljubljana is determined to preserve its natural beauty and it’s taking impressive steps to get there.

Helsinki is a modern city that has worked to maintain a sustainable environment with its urban growth. Tourism is a massive industry in Finland, so Helsinki focuses on eco-friendly lodging. It’s estimated that 75% of all hotel rooms in the city are certified as environmentally friendly.

This city helps residents do their part in a sustainable future by making cycling and public transportation the easy, viable option. This allows people to give up their cars without any inconvenience.

Helsinki is also experimenting with a “completely eco-friendly” neighborhood. The Viikki neighborhood acts almost like a protected space, as it’s an important location in the city for nesting and migrating birds. This “green neighborhood” started as a project in 2004. All the apartment buildings were built with non-toxic and natural materials. The road surfaces were made from waste materials, heating is supplied from a renewable energy geothermal source, and both rainwater and waste are recycled. Today, apartment buildings throughout Viikki are experimenting with new solar and wind energy systems.

This small eco-conscious neighborhood is just one example of Helsinki’s dedication to a sustainable future.

Vancouver is a beautiful city surrounded by oceans, mountains, and forests. The city wants to do all that it can to preserve its natural environment and has taken many eco-forward actions to improve sustainability. Throughout the last decade, Vancouver has increased bike lanes on major streets, making cycling a more comfortable option for residents. Additionally, charging stations have started to pop up around the city as more locals adopt electric vehicles. Vancouverites can even get a tax rebate when purchasing an electric car, making the eco-friendly switch more enticing.

In 2008, the city introduced a carbon tax that applies to any purchase of fossil fuels. That tax is still in effect today and has seen many increases in the last two decades.

In 2019, Vancouver was ranked with 29 other international cities for seeing a significant decrease in carbon emissions.

Clearly, Vancouver is doing what it can to keep the fresh greenery of its city around for the long term.

If you’ve ever been to Vienna before, you’ll know why this gorgeous city takes a spot on this list. Almost 50% of Vienna is dedicated to green spaces, such as parks, city farms, and gardens. Additionally, public transportation throughout the city is well-connected. And it’s estimated that half the residents opt for public transportation for everyday use.

In 2020, Vienna was given the title of the Greenest City in the World by the annual Resonance Consultancy Greenest Cities ranking. The study noted that an impressive 30% of Vienna’s energy comes from renewable energy sources. Vienna also prioritizes locally produced food, with the city having 135 farmers’ markets.

Austria plans to install over one million solar panel roofs throughout the country in the next year. The government also has plans to be carbon-neutral by 2040. And Vienna seems to be taking a leading position in the country’s change to sustainable efforts.

With these eight cities setting an example for the rest of the world, hopefully, more cities will follow in their footsteps. Even making small changes towards a more eco-conscious way of living can have a long-term positive impact on a city!