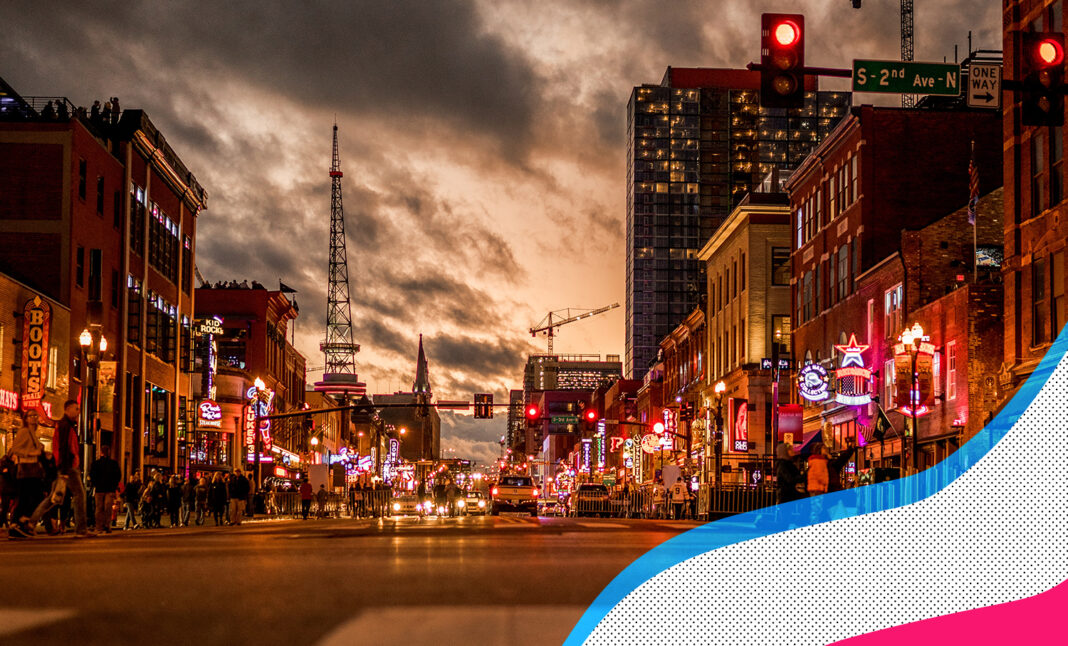 One of the best parts about planning a bachelor party is deciding where to go. This is an opportunity for one last massive party before the big day, so it’s important the guys travel to a worthy destination. Choosing the right party city can ensure that the trip lives up to everyone’s expectations. To help you out, we’ve found the seven best bachelor party cities in the US you should be looking at.

Of course, Las Vegas has to take the top spot on this list. Vegas has been the ultimate bachelor party city for decades at this point. Sin City has just about everything you could want on your getaway: pool parties, massive nightclubs, gambling, and buffets.

You can make the trip extra special by booking a concert ticket or seeing a Las Vegas Golden Knights NHL hockey game. Book Wet Republic for the best pool party, Hakkasan for the best night out clubbing, Golden Steer Steakhouse Las Vegas for a fantastic dinner, and brunch at Bacchanal Buffet inside Caesars Palace the next day when everyone’s hungover.

Miami, Florida, is an excellent destination for a beach bachelor party. The energy in Miami is just amazing; everywhere you go, it feels like everyone is celebrating and ready for a good time. Another bonus is that the weather is good all year round here, so you can book a bachelor party even in February and have a great time.

Miami has a lot to offer your group of guys. You can spend the day relaxing (or recovering) on the beach before heading out to a pool party at SLS South Beach. Next, spend your evenings at massive nightclubs on South Beach or buy tickets to a boat party. When you wake up in need of greasy, delicious food, make sure to check out the countless authentic Cuban restaurants that Miami has to offer.

If the groom loves good food and BBQ, Austin is the go-to bachelor party choice. This city is known for its live music scene and rowdy nightlife. You’ll probably spend every day and night exploring the historic Sixth Street entertainment district. The Sixth Street roads are closed from Thursdays to Sundays to traffic, allowing the crowds of people to take over every night. Visit the Driskill Bar for the best Old Fashioned in the city and end your night at Maggie Mae’s rooftop for dancing, drinks, and music.

And, of course, a trip to Austin wouldn’t be complete with a stop at Franklin Barbeque for a meal. Aaron Franklin is known worldwide for his flavor-packed Texas barbeque and has been featured in countless food network shows. You’ll have to stand in line for a bit for a meal from here, but it’s easily worth the wait.

Among the younger crowds, Scottsdale is known as the “new, cheaper Vegas.” If your bachelor party is on a budget, opt for Scottsdale instead of some of the other classics on this list. Scottsdale’s “Old Town” still has pool parties, nightclubs, and bars, all at a slightly lower price tag.

Our pro tip is to skip the hotel and rent out an Airbnb with a pool. The group gets to be together all the time and there are no crowded pools to deal with.

When you’re not partying it up, consider taking a break to go golfing. Or, book a fun day racing ATVs through the desert with the boys.

If money is no object, New York might be the bachelor party go-to spot for you. You can visit New York City twenty times and each trip can be entirely different. There’s always so much to do in The City That Never Sleeps, you almost don’t know where to start. However, it’s essential to plan and book reservations because places can fill up quickly!

We recommend catching a baseball game at the Yankee stadium, having dinner at one of the city’s best restaurants, Keens Steakhouse, and enjoying rooftop cocktails at 230 Fifth Rooftop Bar. You can spend the nights bouncing from nightclub to club throughout the city.

We also recommend hitting up a cigar lounge and booking a pizza tour across NYC.

Grooms that love whiskey, BBQ, and music should definitely book a Nashville bachelor party. Nashville is known as Music City USA and has a vibrant country, hip hop, and rap scene. It’s very likely that while you’re there, you’ll be able to find an amazing concert happening with some major artist or an up-and-coming star.

Nashville is known for its whiskey, so the boy’s group can book a couple of distillery tours or even drive out to the historic Jack Daniels’ Distillery close to the city. After the tours, soak up all that booze by stopping at Nashville’s best BBQ spot called Peg Leg Porker.

And, of course, explore the city’s bars and nightclubs for some evenings you won’t forget!

New Orleans may be coming in at number seven, but it’s not the last choice by any means! This city was made for bachelorette and bachelor parties. The streets every night fill with crowds of people going out on the town. Walk down Bourbon Street that is alive with live music and countless bars. Bars are allowed to serve alcohol 24 hours a day, so you can expect the party to go late into the night.

When you’re not drinking, you’ll want to stop and enjoy some of the fantastic food this city has to offer. You’ll have to stop for a Po’Boy from Parkway Bakery (which made our cut for the top 10 best sandwiches in the US) and have some fresh beignets from Cafe Beignet on Royal Street.

So, which city has won the content for your bachelor party destination?