Home » The 10 Best Sandwiches in the USA

The 10 Best Sandwiches in the USA 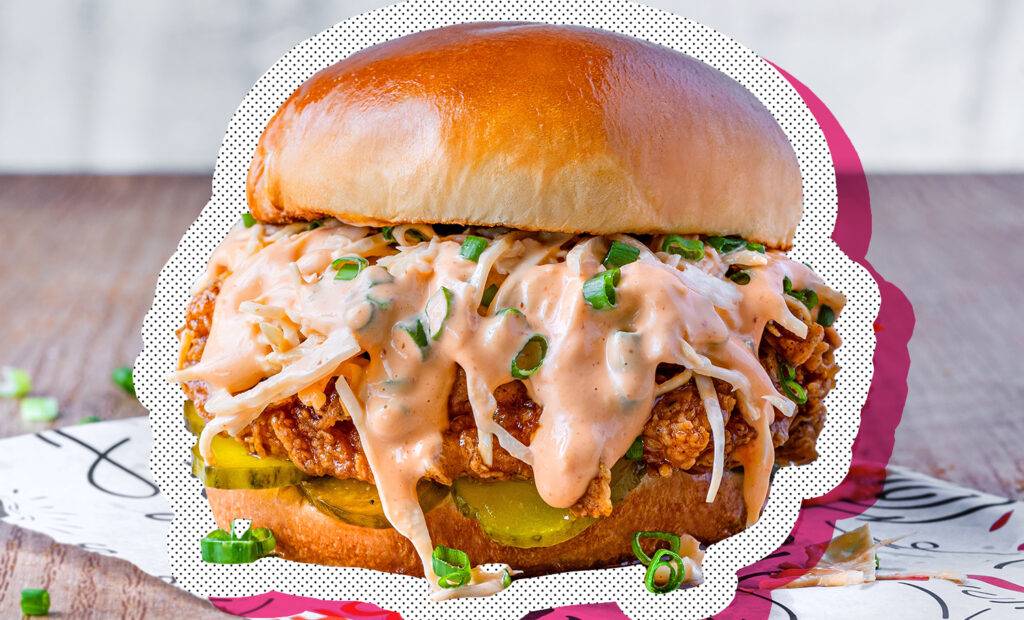 You can’t deny the pure comfort of a great sandwich. A sandwich can be served hot or cold, eaten on the go, paired with soup or chips, and customized to include your favorite toppings. And while an Earl may have technically invented the sandwich in England, today, it feels like a staple of American cuisine. In fact, the US does sandwiches so well, it feels like there are dozens of sandwich masters in every city. So, while it was hard to narrow it down, we’ve managed to find the 10 best sandwiches in the USA.

This restaurant has been open since 1911 and has been known for its classic po’ boys for over 100 years. The po’ boy is a traditional Louisiana sandwich typically served with fried seafood or roast beef on fluffy white French bread. Po’boy is short for “poor boy sandwiches” and represents the proud working class of New Orleans.

Parkway Bakery has a full menu of both meat or seafood po’boys. But, we say you have to order the fried oyster po’boy. The sandwich comes with Louisiana wild-caught oysters and is topped with fresh lettuce, tomatoes, and dressings. Parkway offers po’boys in two sizes – small and large. Take our recommendation and go for the large po’boys; you won’t regret having leftovers.

Katz’s Deli is famous in the foodie world. Not only is it a New York staple, but it’s also been recognized by notable chefs like Anthony Bourdain as a must-visit spot. Katz’s also became renowned internationally after the famous When Harry Met Sally Scene and the “I’ll have what she’s having” line. And several decades later, there’s a reason why Katz’s Deli still ranks as one of the best sandwiches in the world.

It was hard to decide whether to name Katz’s pastrami or their Reuben sandwich as their top contender. Without fail, the pastrami sandwich gets ordered the most. You can choose your pastrami with juicy, lean, or extra lean meat, deli rye or club bread, and various cheeses and toppings. The meat is thick and piled high, the bread is fresh, and the portions are large. It’s all you could want!

However, we have to give an honorable mention to Katz’s Reuben too. If you’re visiting Katz’s for the first time, we recommend getting both sandwiches and sharing with a partner.

This no-frills shop is known for having the most authentic and delicious Cubano in all of Miami. The sandwiches at Enriqueta’s Sandwich Shop are fresh, light, and cheap. You’ll have many sandwiches to choose from, but we suggest going for the classic Cubano – ham, cheese, and pork all perfectly toasted and served warm. If you’re feeling extra hungry, get the double Cubano for something more filling!

Not only is the food delicious at King’s Kitchen, but you can feel good about eating here. This restaurant was founded in 2010 and runs as a non-profit. The restaurant and bakery train and employ individuals who are often considered unemployable to give them the work experience they need to get new opportunities. It’s a noble concept that all of Charlotte is proud to support.

And people come far and wide for their Famous Fried Chicken Sandwich. The sandwich uses Joyce Farms chicken and tops it with slaw, Duke’s mayo, house pickles, and a fresh bun from Copain Bakery. This sandwich is the perfect plate of Southern comfort food.

You know New Orleans is a food city when it’s snagged two spots on our top 10 sandwiches list. Many NOLO locals will argue with you whether the regional sandwich goes to the po’boy or the muffuletta. Both are delicious and win in our books.

The muffuletta originated with Italian immigrants living in New Orleans. This sandwich is served inside round Sicilian sesame bread and comes with salami, ham, mortadella, provolone, and an olive tapenade. It’s no surprise that the best muffuletta in the country is served out of a small Italian deli. In fact, Italian owner Salvatore Lupo is credited with inventing the sandwich! Since 1906, everyone comes to the New Orleans Central Grocery for the best -and the original- muffuletta.

The lobster roll may be native to New England, but Walrus Oyster & Ale House in Maryland truly elevates this sandwich. When you want a comforting and filling sandwich, there’s nothing quite like a lobster roll. Traditionally served as lobster meat seasoned with butter (or mayo), lemon juice, salt, black pepper, all on a hot dog bun, it’s simple and delicious.

Walrus Oyster & Ale House has won the title for having the best lobster roll in all of Maryland. Our guess as to why? Not only is it a delicious recipe but the generous helping of more than a quarter-pound of lobster in each roll helps too.

It wouldn’t be a list about sandwiches without mentioning a banh mi! And while this isn’t your traditional banh mi, it’s still one that is noteworthy. Duckfat’s banh mi includes duck confit, pate, pickled vegetables, cilantro, and mint, all served on a fresh bread baked daily by Botto’s Bakery. This sandwich is so popular it’s the only item on Duckfat’s menu that asks for “no alterations.”

While you’re here, pair your banh mi with a side of fresh-cut Belgian fries cooked in – you guessed it – duck fat.

A torta is a Mexican sandwich typically filled with meats, cheeses, and various toppings like avocado, spicy peppers, refried beans, all in a fluffy bun. It’s filling, delicious, and comes in many different varieties. Our favorite torta comes from San Francisco’s La Torta Gorda. This authentic Mexican restaurant initially opened in 2002 and quickly became recognized for its delicious menu.

And, we’re not the only ones who recognize the talent and taste at this little establishment. In fact, the Food Network gave La Torta Gorda’s torta the third spot on its list of the top five sandwiches in the United States. We recommend trying the Carnitas Torta with deep-fried pork, refried beans, avocado, queso fresco, onions, mayo, and jalapenos.

The husband-and-wife team started Biscuit Love as a food truck concept and now have a handful of brix-and-mortar locations already. Their success comes from their commitment to only using the freshest ingredients – and, of course, Nashville’s natural love for biscuits helps too!

Biscuits and gravy are always a fantastic meal, and Biscuit Love took that concept one step further. You can get various sandwiches at Biscuit Love, where the biscuits serve as the bread! The East Nasty sandwich comes with Nashville-style fried boneless chicken thigh, sausage gravy, aged cheddar, all served in between two fresh and buttery biscuits. Go one step further and add an egg to your sandwich. This won’t be the healthiest meal, but it’ll be one that you’ll have dreams about!

Want to hear more about some of America’s best? Check out our list on The Top 10 Hot Dogs in the US or The 7 Best Burgers in the US.