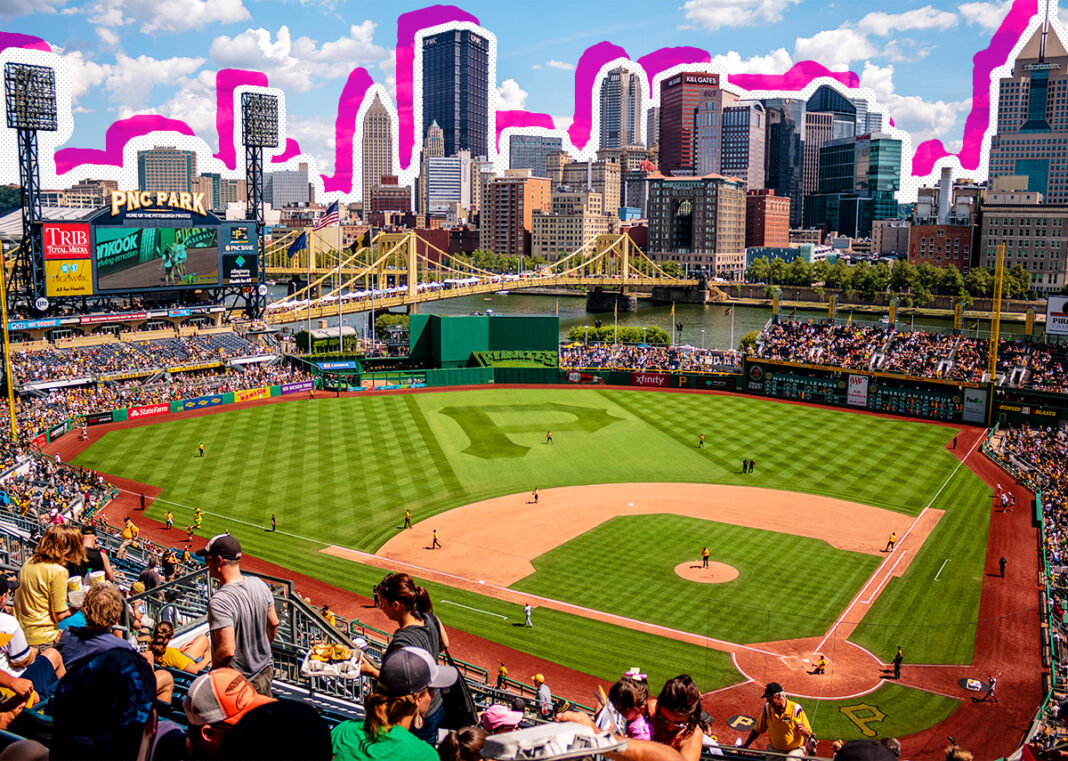 We all know that person who’s trying to visit every major league ballpark in the USA, and once you finish this list you might have to start your own ballpark bucket list. The stadiums and cities on our list are some of the best places to visit in the United States, especially if you’re into baseball and want to catch a game. No knock to any of the cities that didn’t make it, we just love these 10 baseball cities the most. Here are the 10 best baseball cities to visit in the USA.

Beantown is a sports town, through and through. And they’re pretty good at winning, too. Boston has won hockey, basketball, football, and baseball championships plenty in the past 20 years, and it would be hard to say a team is more beloved here than the Red Sox. Fenway Park is simply a magical place, with all of the historic vibes you’d expect from a stadium built in 1912. That makes it the oldest stadium in the US, trivia fans.

On top of visiting Fenway Park, Boston has so much to offer the traveling fan. Take a walk down the Freedom Trail, visit the Boston Public Library, and eat as much as you can. It’s such a fun city to visit.

Home to both the White Sox and the Cubs, Chicago loves baseball. Wrigley field is another of those special places in baseball history, opening in 1914. Seeing the ivy on the outfield wall will remind you that this field is different, unlike any experience in Major League Baseball.

Visit the Bean, take a river cruise, and eat at the best restaurants in Chicago when you visit.

The St. Louis Cardinals are one of the most storied franchises in baseball, having been established in 1882 and winning 11 championships including 23 pennants. While sitting in Busch Stadium, you’ll have a view unlike any other in the MLB, with the Gateway Arch tucked in the background. Cardinals fans are easily some of the most passionate in baseball, which is infectious to be around.

Three championships in the last decade have turned San Francisco into one of the most elite franchises in recent years, and the city has loved every minute of it. The ballpark is unique, with McCovey Cove just beyond its walls. You’ll love Oracle Park, watching the Giants, and everything else about visiting San Francisco.

You’d be hard-pressed to find two more famous franchises in any sport in the same city. The Mets and the Yankees have diehard fans worldwide, and you’re sure to see and hear them when you visit NYC. Citi Field opened in 2009, and was a much-needed upgrade to Shea Stadium. It’s one of the nicer parks in the league from a view standpoint, you’ll be able to see the action well no matter where you’re sitting.

Also opening in 2009, Yankee Stadium is an even better experience in our mind. Outside of being newer and nicer, it’s a near replica of old Yankee Stadium, which we love. A trip to New York City is always a good time, so you won’t run out of things to do when you’re done watching the Mets and Yankees.

The Dodgers have the monkey off of their back and the city is fully behind them. Dodger Stadium in LA is an incredible experience. It might not be shiny and new like some of the other parks on this list, but it’s full of charm. Built in 1962, it’s persevered and isn’t going anywhere, we hope. It’s the oldest park west of the Mississippi, and the third oldest in baseball (Fenway Park, Wrigley Field).

PNC Park is the main reason we’ve got Pittsburgh so high on our list, it might be the best stadium in the USA. The backdrop of the city of Pittsburgh is simply spectacular. Pittsburgh, like Boston, is a sports town full stop. The Pirates, Penguins, and Steelers are always the talk of the town, so expect to see a lot of black and gold when you visit.

Similar to St. Louis, Kansas City is a baseball town. At 40+ years old, Kauffman Stadium was built for one thing: baseball. The Royals won the Championship in 2015, and attendance at the park has been through the roof since. There’s not a bad seat in the house, the barbecue is outstanding, and it’s an affordable experience compared to some of the other cities on our list. The Show Me State is doing things right in Kansas City.

Citizens Ball Park is a fairly standard ballpark, but Philadelphia itself is a great sports town which propelled it up on our list. The fans are borderline aggressively passionate about the Phillies, which we love. Grab a cheesesteak and enjoy the day.

This is one of the largest feeling stadiums in baseball, and it holds 41,900 fans. Beer, sausage, Bernie Brewer’s famous yellow slide, large windows that let the sunlight in, and some great fans make Milwaukee round out our list of the top 10 baseball cities to visit in the USA.