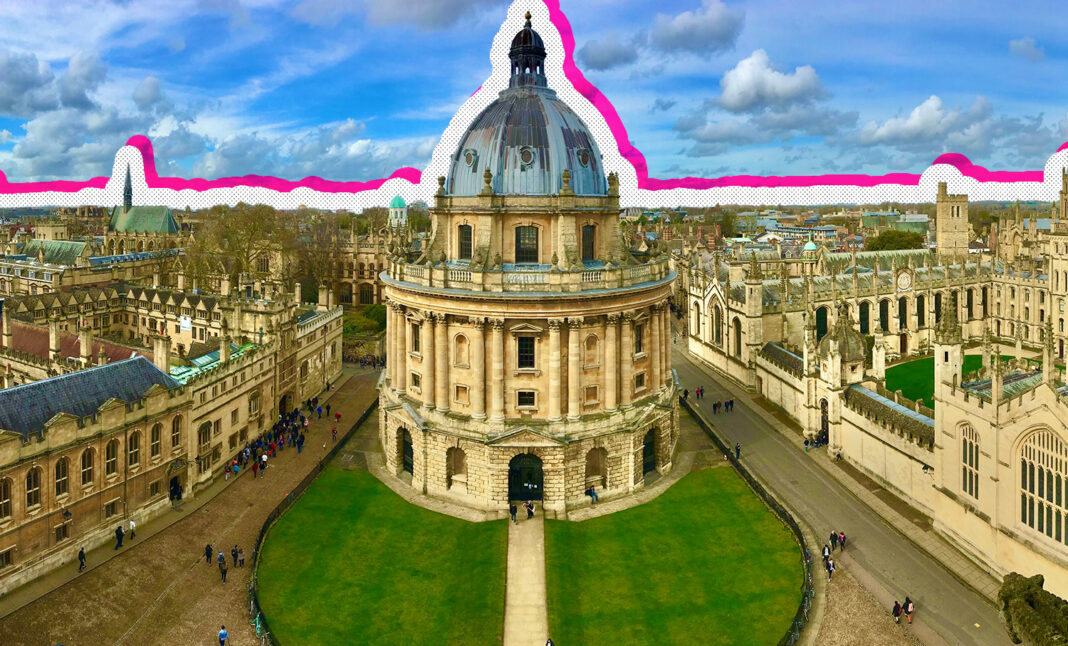 Oxford vs Cambridge! Both cities with tremendous history. Whether that’s the traditional university boat race. Or the general battle to be known as the best university in the country. And if you’re a student at one of the universities, then you are amongst one of the brightest pupils on the planet. But, as a tourist, are you debating on which city to visit, or visiting both during your stay in England?

I tried searching for articles that made a comparison on which city was the best to travel to. Unfortunately, I didn’t find anything to read about from a tourist perspective. If you have found yourself in the same position as me, then let me tell you about my time in both cities so you can make up your mind.

Before heading over to both cities, I debated whether I should visit Oxford or Cambridge as a day trip from London. You can get a train from Kings Cross station to Cambridge, which takes an hour. And a train from Paddington station to Oxford which takes less than an hour. But I decided to stay over for a weekend to get the most out of my both visits.

When I arrived in Cambridge, it was gloriously picturesque and compact. It was exactly what I imagined; a quintessential university town in England. Pictorial cobble-stoned streets, serene greenspace, botanical gardens, and historical museums with students riding their bikes to and from class. As I mentioned, Cambridge is compact, making everything reachable by foot in twenty minutes or less.

To get an understanding of the city, I spoke to a second-year student, Sophie, about what she thought about living and studying in Cambridge. I first asked her to describe what it was like living in Cambridge. She told me, “I believe living in Cambridge feeds the soul. You are simultaneously living in a city with one of the richest cultural histories in the country. When I walk through college, I often think how I could be treading the same path as Byron, Wordsworth, Cromwell, and Attenborough may have walked.”

I asked Sophie what’s it like to be a student in what’s regarded as one of the best universities in the world. She told me, “Naturally, it is a source of pride for most students to be able to say they’re at Cambridge, though I doubt many would actually admit that out loud.”

And finally, what tips she had for tourists. She told me, “You should have a bucket list prepared for the things you want to see, as there are so many. Luckily most things are within walking distance.”

She told me about the University Botanic Gardens, Fitzwilliam Museum, and Kettle’s Yard. She said you can take a walk along the river from Jesus Green to midsummer common. Punting is something she said you must try and, if you can, get a student to take you out as you can get it cheaper. She also said you can take a walk to Grantchester meadows-a beautiful village along the river, which is very popular with students.

I would also say that there are various restaurants to choose from in terms of dining out. I would also recommend heading over to one of the oldest pubs in town, The Eagle. If you head over to the back, you will see names written by many who have impacted the city on the walls and ceiling.

I spoke to a barman at the pub who has lived in Cambridge for many a year and said, “I love living here, there is something so quirky about this place, and it breathes so much history. I wouldn’t want to live anywhere else. It may be known for its colleges, but it’s also great for building a life here.”

There is a market as well where there is an array of international food stalls. Plus, Jack’s gelato is regarded by many as the best ice cream shop in Cambridge.

Let’s look at Oxford and why I would recommend you visit this beautiful city. Oxford has more of a metropolitan vibe to it. The town has stately buildings and picturesque spots. Oxford is far more sprawling when you compare it to how compact Cambridge is. You can still get around on foot; however, walking around is not as scenic as Cambridge.

I spoke to a couple of students whilst I was in Oxford to get their take on the city. I talked to Ollie, who said, “There is always something going on in the city. No one day is the same. That is the beauty of the city.”

I also spoke to Sarah, who said, “It’s a city where you can make great friends, and you can always have a rounded debate with people.” She also went on to say, “Restaurants, pubs, bars, and clubs since I have lived here are in a sad state of affairs because of the covid pandemic, and I haven’t been able to experience the best yet. But, I have heard it’s great in normal times. I can’t wait to experience the city in its full capacity once we get out of this pandemic.”

When I talked to George, who has lived in Oxford all of his life, he echoed how great the city is in regular times. He said, “You have come at the wrong time, my boy. Come back to us when we aren’t restricted, as you will get the best out of the city then.” He went on to say, “When there are tourists here from all over the world, there is such a vibrant atmosphere in the city.”

One thing Sarah did say everyone must do is to take a walk down Port Meadow. She said, “If you want to get away to think and reflect, Port Meadow is a nice place to go for a walk.” I took her advice and certainly enjoyed the walk and ended up going into a beautiful pub that I found called the Perch, which is away from the central hub.

Oxford does offer people to go for a punt ride as well. However, I decided not to whilst I was there. From the reviews I read, it’s not as picturesque as Cambridge. There are many boat rides that you can utilize though. I would recommend that over the punting. Mind you, they are costly as prices can start from $60.

Oxford, when it comes to Harry Potter, serves up a treat. There are countless shops and many locations used for filming the movies. The Great Hall in Harry Potter was inspired by the Great Hall in Christ Church College. The steps that lead up to the hall were used in several scenes, as were the surrounding hallways.

Cambridge might remind you of many Harry Potter scenes, but the only university that was used was Oxford.

If you are looking to wine and dine, there are plenty of places to get some food, and quite a popular part for many to congregate is next to the Oxford Castle and Prison. Plenty of bars and restaurants to choose from. You can look at the castle from the hilltop next to it to get a great view.

Apart from this, there are plenty of authentic restaurants to choose from if you keep walking along the main road. There are a lot of chain restaurants as well.

Should I visit both cities?

I’ve lived in the U.K. my whole life, and even I was contemplating whether to visit both university towns. They are very similar; however, the only reason I decided to travel to both places is that I love my history, and I was committed to seeing where well-known and respected students and professors attended or taught classes. I also wanted to see the contrast in architecture for my photo album.

Sophie mentioned a few alumni, and here is a list of a few more notable names. Sir Isaac Newton and Charles Darwin went to Cambridge. J.R.R. Tolkien, Albert Einstein, and Oscar Wilde studied at Oxford. Stephen Hawking and C.S. Lewis attended both universities. The list goes on, but if seeing the sacred halls where these individuals studied is an interest to you, then it’s definitely worth visiting both cities.

Both cities offer tours (often student-led) that will take you through the most popular colleges, chapels, and libraries. You will find beautiful architecture and that “scholarly” vibe in both Oxford and Cambridge.

Now to travel to one of these places, you will need a fair bit of money. Neither city is necessarily the most cost-effective place to visit. Cambridge was slightly cheaper, but that was pre-pandemic. I felt Oxford was potentially more costly as they were trying to recoup lost earnings because of the pandemic.

I stayed in Cambridge in a lovely bed and breakfast for around $110 over two nights which was in the city center. Oxford was more expensive. I paid $70 for an Airbnb for one night. You also don’t need to spend more than a couple of days in both cities if you want to get the best experience.

To dine out, Cambridge cost me $25 on average for dinner. Oxford cost me $50. For lunch, Cambridge cost around $15, and Oxford was $25. These prices are with one or two soft drinks. So you would need to add more to the bill if you get yourself a bottle of wine.

My train up to both cities from London cost around $40 each for a return ticket.

I have to point out, both Oxford and Cambridge are the most expensive cities in the U.K. outside of London. So set aside around about $300-400 for a couple of nights—including hotels, transportation, all the activities, and dining out.

Summary on the Oxford vs Cambridge debate

My verdict on which city I found better to be a tourist. If you’re looking for the more picturesque, compact, elegant, and quintessential university town, Cambridge wins the Cambridge vs Oxford debate. If you are a big Harry Potter fan, then Oxford wins the discussion. The country walks in Port Meadow, and heading up to the Perch pub afterward for a nice pint is lovely. But apart from that, I can’t think of anything else that makes Oxford more visitable than Cambridge.

However, If you are a big history buff then you should have both of these places on your list to visit when you are in England.

I will also say, the students I spoke to from both universities all said their city was far more superior than the other. But I was expecting them to say that. Either way, you’ll have a memorable time in either city as both are beautiful destinations filled with history and character.

Are you a literary lover? Try visiting these 7 places in England.