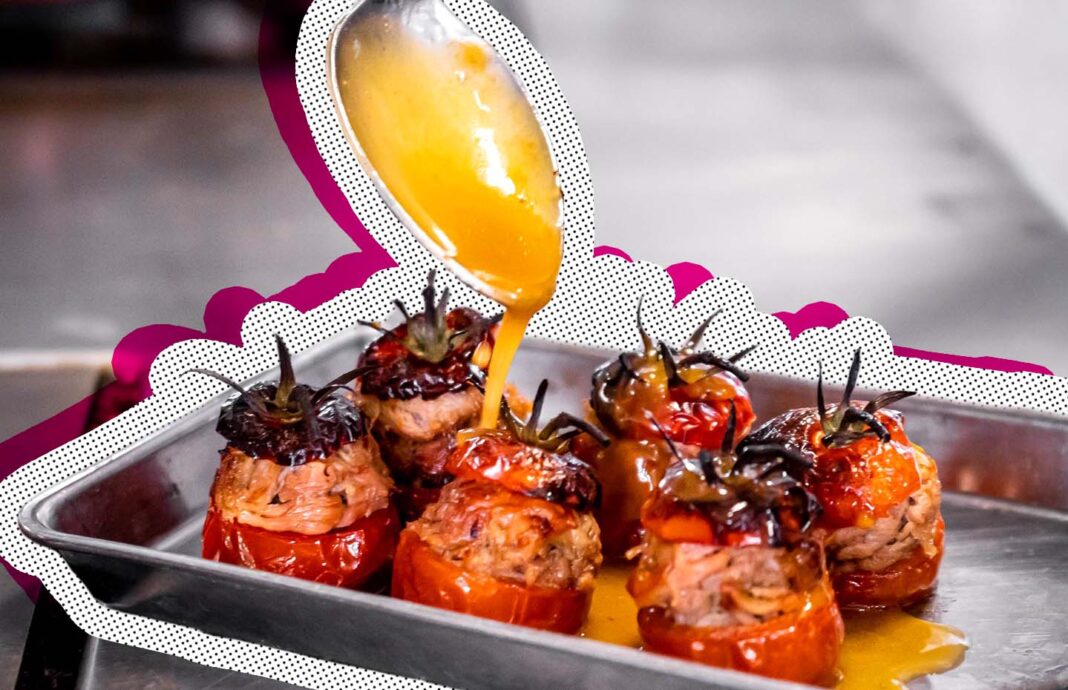 France is known for many things – a robust culture, rich history, and fantastic cuisine. There’s something so elegant and refined about French cooking. Perhaps best of all, the French don’t apologize – instead, they lean into – for their generous use of butter, creams, and fats in everything they cook. French cuisine is all about allowing yourself to indulge in finer foods (but with smaller portions).

This family restaurant was originally founded in 1889 under the name Auberge du Pin. Since its opening, the restaurant has been passed down through three generations of family owners and three stars.

Today, Anne-Sophie brings a unique, fresh, and innovative menu to her guests. She loves to challenge herself by using overlooked ingredients and atypical flavor combinations. Anne-Sophie’s signature is to use spices and flavors typically found in tea in her food. For example, she uses the entire cinnamon leaf rather than just a cinnamon stick.

You can book a tasting menu called “The Sensory Journey,” which includes 10 meals and an optional wine pairing. The food is beautiful, delicious, and different – every part of this experience will exceed your expectations.

David Toutain Restaurant in Paris has been a fan favorite for years among people who love fine dining. After years of being a sous chef to some of France’s most famous chefs, Chef David Toutain decided to open his own establishment in 2013.

The restaurant is small, offering a romantic charm for diners as they enjoy a multi-course tasting menu. Toutain creates gorgeous sculpted plates that focus on presentation, taste, and sustainability. Everything is cooked with the seasons and sourced from small producers or artisans.

And, trust us, you’ll want to visit here while it’s still just two stars. We are sure Toutain will earn his third star any year now, and reservations will be even harder to come by.

Guy Savoy’s restaurant is located in the heart of Paris, right on the banks of the Seine river. The restaurant exudes luxury with a grand staircase inside and an impressive collection of contemporary art on the walls. Guy often sticks to classic French flavors and ingredients but offers a modern twist. His famous tasting menu is a 13-course experience that promises to deliver on colors, textures, and flavors.

This restaurant has become a French institution, so don’t assume you can walk in here whenever you like. You’ll need to make a reservation months in advance, so plan ahead!

Kei is a contemporary establishment offering French-Japanese fusion as you’ve never seen before. Chef Kei-Kobayashi became fascinated with French cuisine while living in Japan. In 1999 he left his home country and came straight to France to immerse himself in French cooking. After years of cooking and training in some of the best restaurants in Paris, Chef Kei finally opened up his own restaurant in 2011. Success followed him almost immediately, as he earned his first Michelin star in 2012, his second in 2017, and his third in 2020.

Come here to try a menu that Chef Kei calls his “interpretation of French cuisine.” You’ll be thoroughly impressed at how well Japanese and French flavors come together in beautiful, delicious dishes. It’s essential to Kei that he respects the traditions of French cooking, and although he creates unique, modern versions, you can see the ode to France in every dish.

Arpège brings you vegetable-forward fine dining cuisine brought to you by a man who loves to cook as much as he loves to garden. Chef Alain Passard is one of the top rôtisseries in Paris, with a passion for making meals with slow-cooked meats. He won his three Michelin stars in 1996. But, in the early 2000s, his cooking philosophy experienced a radical shift, and he decided to make vegetables the focal point of his dishes. He now owns three gardens that supply fresh produce for his restaurant.

Chef Passard is truly impressive as he gets people excited about fresh vegetables again. His dishes are anything but simple, mixing creativity and bold flavors into every bite. Don’t let the vegetable-forward approach fool you. Even a carnivore will love the dining experience at Arpège.

Palais Royal Restaurant is a fun, vibrant restaurant run by a young chef making a name for himself all across France. Thirty-three-year-old Philip Chronopoulos is originally from Greece, but his professional training comes from École Paul Bocuse in Lyon. He also worked for some time at Arpège with Chef Passard, so he has been influenced by the very best.

Having lunch or dinner here truly feels like the ultimate French dining experience. The restaurant is located in the heart of the Palais Royal gardens, with seating indoors or out on the terrace. You can enjoy a tasting menu created by Chef Chronopoulos that focuses on traditional French cuisine inspired by the seasons. Chronopoulos is set to make a name for himself and you can feel his passion in every dish. The food is vibrant, delicious, and will make you want to come back again and again.

Now the only question is, which French Michelin-star restaurant will you run to first? 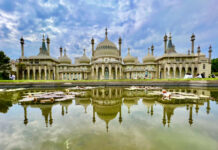 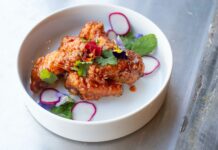