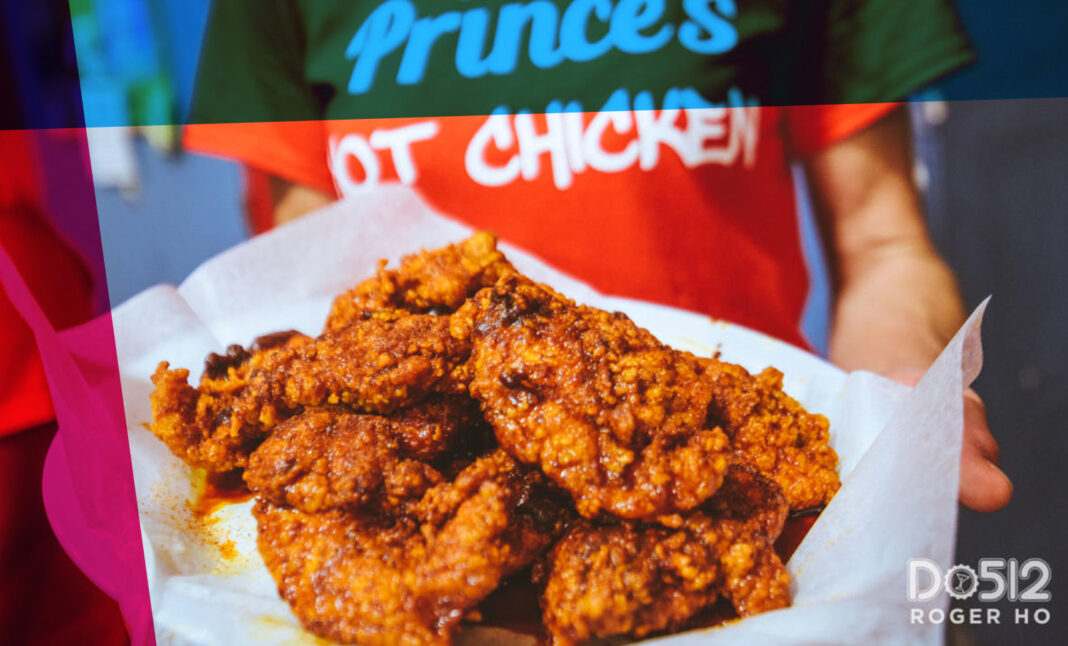 Many dishes scream classic American cuisine, including fried chicken. Not only is this dish tasty, but it’s also incredibly versatile. You can have fried chicken in the morning with waffles, at lunch or dinner, or late-night to help an impending hangover. In honor of National Fried Chicken Day on July 6, here are the top five fried chicken restaurants. You’re going to want to cross all five of these off your “bucket” list.

You can’t write about fried chicken without bringing us to Nashville, Tennessee. Prince’s Hot Chicken Shack’s founding story is part of what makes this establishment truly Southern and a cult classic. The story goes that Prince’s wife was furious with her husband coming home from the bar smelling like perfume every night. Prince’s wife made a plan. One morning, she lured Prince up to the smell of fresh, fried chicken. Except, she loaded the chicken up with scorching spices to see him suffer a little bit. To her surprise, instead of being in pain, Prince devoured the chicken and asked for seconds. And from there, the famous Prince’s hot chicken recipe was born. In fact, Prince is credited with inventing Nashville Hot Chicken as we all know it today – a delicacy that has gone worldwide.

Tip from the locals when it comes to going to Prince’s? You have to get the “hot” flavor or higher, but you might want to bring a gallon of milk with you.

Jerry Seinfield loves Prince’s Hot Chicken Shack, saying, “That was the most adventurous thing I’ve eaten lately. I’m definitely going back there, too.”

Mama Dip’s is a North Carolina classic when it comes to fried chicken. The restaurant has been open since 1975, serving breakfast, lunch, and dinner seven days a week. This means no matter what time of day you want fried chicken – Mama Dip’s is the place to go.

The restaurant was originally opened by Mildred Council, whose nickname was “Dips” for her long arms. Mildred saved up $64 from her jobs to open a restaurant. Throughout the years, she established a reputation for her amazing Southern food, but it’s really the fried chicken that kept people coming back. Her chicken isn’t spicy, but it has the right amount of seasonings and comes well-crusted just like you want fried chicken to be.

Unfortunately, Mildred passed away a few years ago, but her family still runs the restaurant to this day. And, most importantly, the fried chicken has remained the same!

Mary Mac’s Tea Room has almost 10,000 reviews on Google, and we can see why. This restaurant started in 1945. After WWII, many women were trying to find ways to make money and support their families. Women couldn’t always open restaurants, but they were allowed to open “tea rooms.” So, that’s exactly what Mary Mac did. And today, Mary Mac’s Tea Room is the only original team room left.

This restaurant has earned itself a national reputation for offering some of the most wholesome, delicious food in the South. Some of the famous people that have eaten at Mary Mac’s are Beyonce, Hilary Clinton, the Dalai Lama, Alan Jackson, and President Jimmy Carter.

Parson’s Chicken and Fish has become such a popular spot in Chicago that it now has four locations. This restaurant specializes in “Amish Fried Chicken” with made-in-house hot sauce. You can choose from fried chicken (thigh, leg, breast, whole), fried chicken sandwiches, and even chicken nuggets. The chicken here is juicy, spicy when you want it, and perfectly fried.

A bonus of Parson’s is the patio. In the summer, you can enjoy the Chicago heat along with a frozen Negroni slushy. In the winter, the patio area becomes a skating rink! Grab a platter of fried chicken and some drinks with your friends, and you’ll quickly kill a few hours here.

Street’s Fine Chicken offers a French-inspired take on classic American fried chicken dishes. This is also known as “French-fried fried chicken.” When you come here, you have to wait between 20-30 minutes for a fried chicken dish because it’s made fresh to order. All of the fried chicken is Texas-raised and brined for 24 hours in a blend of brown sugar, lemon juice, and French herbs. Additionally, all the chicken platters are bone-in, so the meat retains its flavor and moisture.

Come here hungry because the portions are large, and you’ll definitely want to finish the whole thing!

Find the spot on this list that’s closest to you and drive there immediately for some amazing chicken!