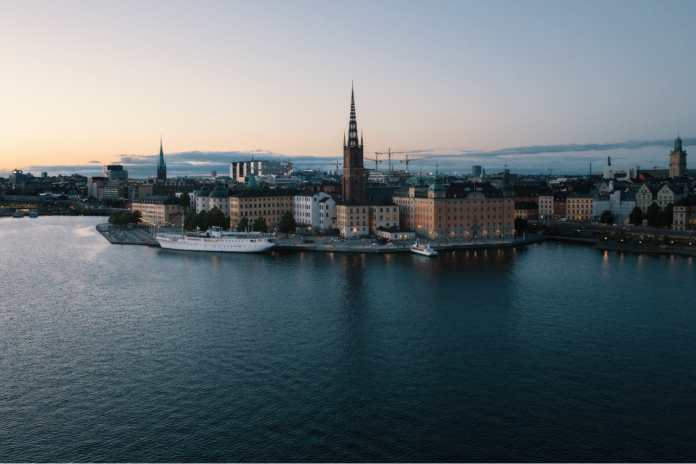 Stockholm is a city often overlooked by travelers. Most European tourists stick to the usual suspects like Paris, London, and Rome. However, not visiting Stockholm is a huge mistake. The capital of Sweden is a beautiful city where nature and the modern world come together.

Missing out on Stockholm means you’re missing out on so many once in a lifetime experiences and a culture like nowhere else in the world. Any visitor that comes to Stockholm is sure to fall in love with the city and encourage fellow travelers to venture up north to Sweden. But before you head out on your own Stockholm adventure, there are ten things you need to know.

Not speaking the native language can cause any world traveler headaches and anxiety. However, if you’re headed to Sweden there’s no need to stress out about not speaking Swedish. In fact, you’ll find many restaurants, cafes, stores, and attractions are actually in English. This is because Swedes are excellent at speaking English.

Swedes are known to be some of the best English as a second language speakers in the world. Over 90% of the country can speak English at a high level. In major cities like Stockholm, locals seamlessly switch between Swedish to English with little to no effort. Most Swedes accept that Swedish is an extremely difficult language to learn and don’t mind when tourists don’t attempt to speak the local language.

As an English speaker language barrier won’t be a problem as you experience everything Sweden has to offer.

Sweden is one of the rare countries in Europe that doesn’t prefer cold hard cash. The country has moved nearly completely away from cash and soon could be completely cashless. Even transactions of only a few dollars will typically be completed with some form of a credit card.

Don’t assume any store or restaurant will accept cash either. In fact, many restaurants and stores no longer accept cash at all! A refusal of cash may sound strange, but it’s completely normal in Sweden for businesses to only accept credit cards.

You’ll want to make sure to use a credit card over a debit card while traveling abroad. Debit cards often come with hidden fees when used abroad. Save yourself time and make sure your payment is accepted everywhere by using a credit card.

When traveling abroad, it’s always smart to have a budget. You don’t want to come back from your life-changing trip completely broke. Your budget for Sweden will need to be larger than what you’d budget for other European countries.

Sweden is a very expensive country especially in major cities like Stockholm. Stockholm consistently ranks as one of the most expensive cities in all of Europe. Small things like food and alcohol add up quickly when in Sweden. Tax is fairly high on most products and inflates the prices of many products you might be used to buying for cheap in your home country.

Staying in affordable hostels and not eating out every night is a great way to not blow your budget. Also, compare the prices of various supermarkets in the city you’re visiting. Some grocery stores in Sweden end up being much cheaper than others.

4. Wi-Fi Can Be Found Everywhere

There is no doubt that travel apps have changed the way we travel. It’s never been easier to find information about exchange rates, tourist attractions, maps, and anything else you need at the touch of a button. However, using these apps can quickly eat away at your data.

Even though Swedish sim cards and phone plans are relatively cheap, you don’t want to get caught by surprise and run out of data. Luckily major cities like Stockholm have free wi-fi in public spaces including on public transportation. This isn’t low-quality wi-fi that takes forever to load either, it’s some of the best wi-fi in the world.

Nearly anywhere you go in the city you’ll be able to use your apps without eating at your precious data. Being on public wi-fi is also a great way to save money.

Have you ever had that afternoon crash? That moment where you suddenly feel tired and don’t know how to make it through the rest of the day. Well, Sweden has figured out a delicious way to avoid that afternoon feeling. This delicious solution is known as Fika and is a part of everyday life in Sweden.

At around three o’clock in the afternoon, Swedes will stop whatever they’re doing and go out for a sweet treat and coffee. Generally, the sweet treat is a large cinnamon bun or a slice of the traditional Swedish princess cake.

Along with your sweet treat, you’ll also want to grab a coffee or cappuccino. Swedes are very serious about their coffee and generally drink it on the stronger side. Once you’ve experienced the wonders of Fika a few times, you’ll want it to be part of your everyday life forever.

In Stockholm, high-quality art isn’t just confined to the halls of an old museum. The subway in Stockholm is actually one of the largest public art installations in the entire world. Nearly every subway stop in the city is painted in wild colors that make you feel like you’re stepping into another world.

7. Getting Around Is Easy

Don’t panic if you miss your train, bus, or ferry, public transportation runs at regular intervals and is always on time. While visiting Stockholm you’ll never feel stuck or limited on where you can go, the city is yours to explore with ease.

Stockholm is the perfect blend of nature and the modern world coming together. Unlike most major cities, nature is only minutes away from Stockholm. With just a twenty-minute train ride from the center of Stockholm, you’ll end up in the beautiful and lush Swedish countryside.

Stockholm is a collection of islands and waterways. Within the city limits, you’ll find plenty of nature trails along the many waterways, parks to relax in, and so much more. Nature is such a part of life in Stockholm that the public transportation system even includes ferries to take you from one island to the next.

If you really want to get a glimpse of the stunning Swedish nature, get a ticket to a ferry that goes to an island farther out. On these ferries, you’ll travel the waterways outside of Stockholm and get to explore small villages primarily used for locals’ summer vacations.

9. Stockholm is a Travel Hub

Because Sweden is such a northern country most travelers don’t think of it as a gateway to the rest of Europe. In reality, nothing could be farther from the truth. Sure it may not be as easy as jumping on a train in Paris, but traveling from Stockholm is still simple and has plenty of options.

Airports around Stockholm offer direct and cheap flights to nearly anywhere in Europe. In only a few hours you can be in any other major city on the continent.

If you want to try something a bit different, Stockholm also has plenty of cruises. While many major cruise lines leave from Stockholm, there are plenty of weekend cruises that can fit nearly any budget. Many of these cruises go to cities in Northern Europe that travelers don’t often get the chance to explore.

Overnight trains to cities like Copenhagen are also extremely popular. Stockholm truly is a hidden gateway to Europe.

Sweden is an extremely northern country meaning winter days in Stockholm are dark and frigid. However, summer days are long and full of perfect weather. In fact in July in Stockholm, the sun doesn’t set till well past 10 PM and rises at just before 4 AM. There are even parts of Sweden where the sun doesn’t set at all in the summer.

After long and cold winters spent inside, Swedes have learned to take advantage of every second of the summer sun. In Stockholm, you’ll find a new adventure every day of summer. Street fairs, large musical festivals, packed public spaces, and holidays to celebrate are all part of summer in Stockholm.

What are you waiting for? Now that you know these important facts about Stockholm it’s time to book your trip. Grab your passport and book a ticket to the capital of Sweden. Soon you’ll be spending your afternoon enjoying Fika, soaking up the summer sun, and falling in love with Stockholm.

The 5 Most Haunted Cities in America

This Road Trip Through New England is the Perfect Honeymoon