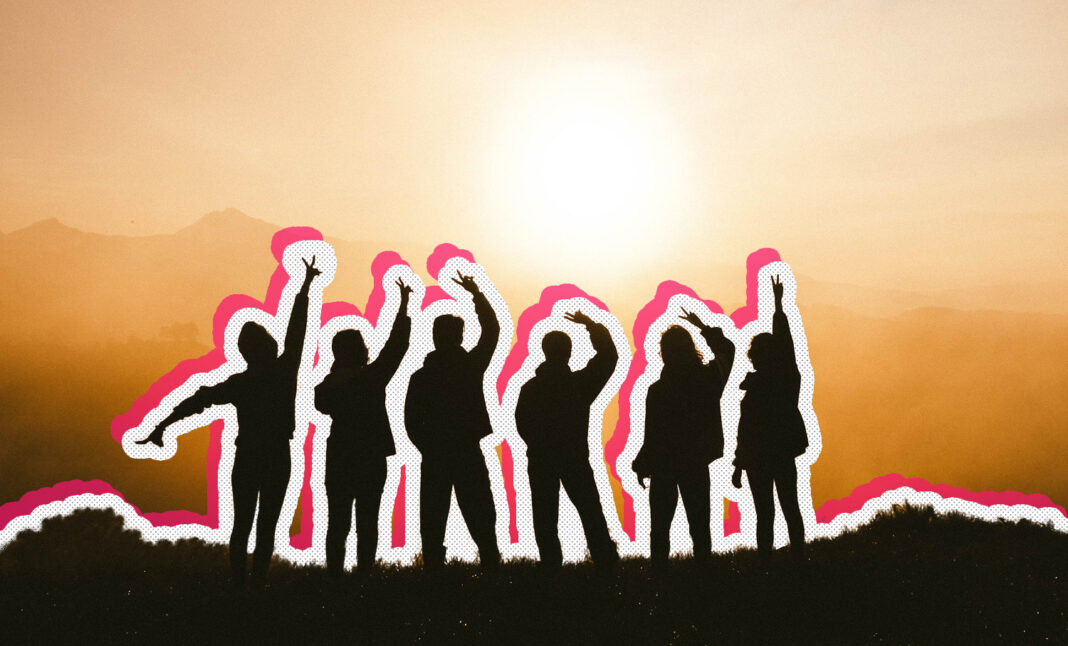 Traveling for the first time, or the first time solo can be pretty daunting, so opting for traveling around in a small, organized group can be a great way to explore a new destination, without the stress of having to plan everything yourself.

You’ve spent hours looking at destinations, reading reviews, and selecting your small group operator. You’ve packed up your backpack and can barely lift it. You’re ready to roll.

So, here’s what to expect from small group travel from someone who’s done it more than a few times…

Not Everyone Is Travelling Solo

Even if you’re traveling alone, don’t be mistaken by thinking that everyone else is coming alone. I’ve met friends traveling together, couples on anniversaries, people who’ve met each other on other travels, and of course, plenty of solo travelers, but don’t be surprised if some people know each other already.

Think about it, it can be scary traveling alone, so if someone you know wants to do the same kind of travel, it makes sense and can make things cheaper when you’re on the road. The misconception is that if you travel with other people, you won’t meet as many new people – on a small group this definitely isn’t true. You’re with the same group for the duration of your trip, so you get really familiar pretty quickly.

It’s Going To Be International

Every small group I’ve been on has been a melting pot of nationalities. I’m British and I’ve met Germans, Dutch, French, Italians, Australians, Kiwis, South Africans, Americans, the list goes on. It’s a great opportunity to understand different cultures, ask them about where they’re from for potential future trips, and check out where they’ve traveled. You’ll find they’ve explored different parts of the world than you.

Even if your group is mostly people from your country, that’s a cool way of finding out about different parts of your country and making friends that you can visit on future adventures. In the past, I’ve had people I’ve met from small group trips stay with me and I’ve shown them around where I live and I’ve stayed with other people and got destination tips on where’s best to check out next.

Get Comfortable & Be Yourself

Look, after a few trips, I know I definitely have my “traveler bio” down – those couple of lines you say when you meet another traveler in a hostel or bar. It’s your basic: who are you, where are you from, where are you going, who are you with. But when you’re traveling consistently with the same group of people, you don’t need to be this basic. You’re going to spend a lot of downtime with these people, especially if it’s a multi-stop tour. You definitely get to know who you’re traveling with, so just be yourself.

When you’re tired after a long travel day and can’t find an affordable place to eat, your true colors are going to show anyway. Be yourself, otherwise, you’re going to spend so much time and energy pretending that you’re going to miss all the amazing stuff going on around you.

No One Likes A Diva

If you’re the kind of person who needs your own space, king-size beds and someone to carry your bags, then unless you’re on some kind of luxury package, small group travel probably isn’t going to be for you. You’re sharing rooms with people you don’t know, you’re setting up camps, you’ve got specific times that the bus wants to leave. If you’re a diva about these kinds of things, it’s going to annoy your fellow travellers very quickly.

Make Sure You Know What You Want To See Or Do

When you’re in a group and making friends, the instinct is to stick together on excursions or when you’re exploring a new place. That’s great, there’s nothing wrong with that, but make sure you’re doing what you want to do. Chances are you’ve spent a fair bit of money on this trip, so to not get to see that one thing you were really excited about or miss out on doing a specific excursion because you want to stay with the group, is not ideal.

Before you go, make a list of the top five things that are must-sees or must-dos for you and try not to compromise on these. There’s a reason you’re choosing to visit this country or city in particular, so make sure you get to do what you are there for. Who knows, someone else in the group might want to check it out with you. It’s small group travel, but at the end of the day is your trip, do it your way.

Small group travel is a great way to explore the world if you’re not quite ready to brave it completely alone yet. The small group trips I’ve chosen to go on have predominantly been tours with 5+ stops in a short amount of time, so the organized element took all the timetabling stress out of it all. I’ve also been on small group trips to learn how to surf and to practice yoga. This made it much cheaper and more convenient than booking hostels, transport, and lessons separately. There are loads of reasons to pick small group travel for your next adventure, and now you know what to expect, it’s time to start Googling! Here’s how to decide where to travel to next.