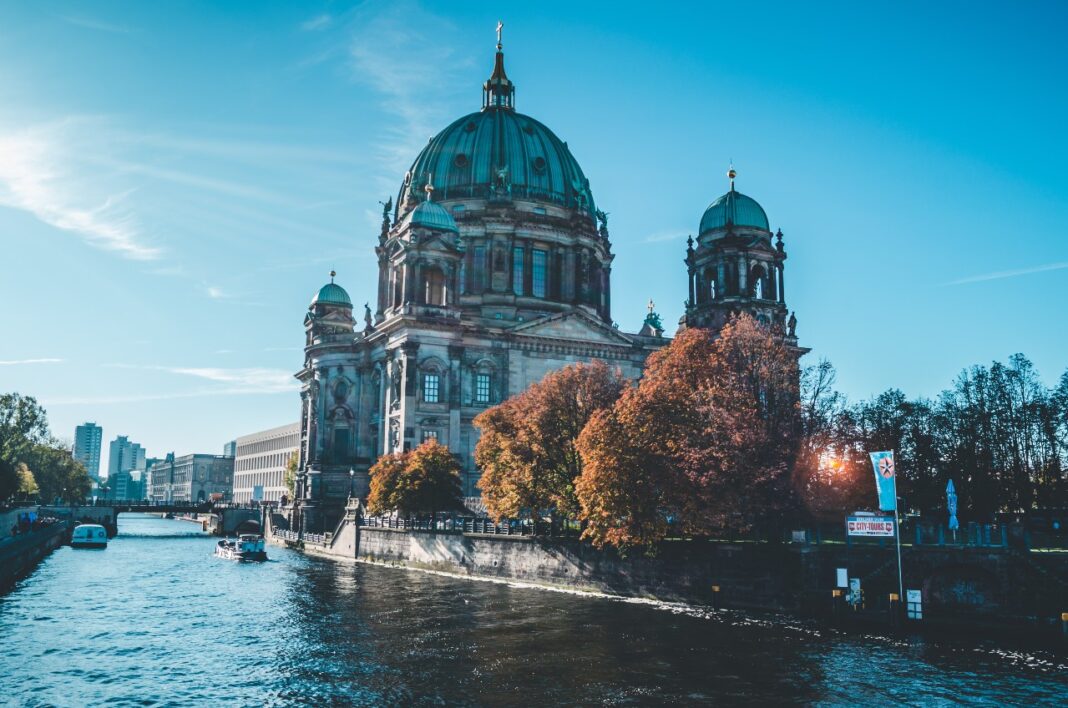 Berlin is more than just the capital of Germany. This bustling metropolis is a traveler’s dream. With a nightlife that stretches to the early morning, plenty of tasty beer, and diverse culture, Berlin truly is like no other city in the world. But before you set off for Berlin, there are ten things you need to know.

In Berlin and most of Germany, cash is still king. You’ll find that a majority of transactions done in Berlin are through cold hard cash. While most travelers won’t show up to Berlin with enough cash to cover the whole trip, Germany’s capital has ATMs readily available to visitors.

However, not all ATMs are the same. Some ATMs will charge significant exchange rates when using a foreign debit card. Most of the time, you won’t notice the charge until it’s too late. Before heading to Berlin, research which ATMs offer the lowest exchange rates for your debit card; this can end up saving you a significant amount of money in the long run.

The combination of holiday visas and the low cost of living has caused ex-pats to flock to Berlin. Staying in Berlin, you’ll run into ex-pats from all over the world, including many from Australia, Canada, New Zealand, and nearly every other part of Europe. In fact, there are so many ex-pats in Berlin that Germans joke the capital isn’t even a real German cit

The ex-pat community is thriving too. If you ever start to miss a piece of your home country, there is likely a shop or bar where ex-pats from your country meet. These places are generally easy to find and can offer a little piece of home while your away.

However, don’t be too panicked about the lack of English speakers. Locals understand that not every traveler is going to know German and will work with you to communicate. However, Germans greatly appreciate it when tourists try to make an effort to speak some of the local language. Before heading to Germany, learn a few phrases; even basic ones will help you impress in Berlin.

To make it places and save your feet, you’ll want to become familiar with public transportation and know where you’re going before leaving your accommodations. After only a few days in Berlin, you’ll want to explore every single mile of this wonderful city.

Unlike most cities, you don’t have to show or scan a ticket before getting on public transportation. However, that doesn’t mean you don’t need a ticket. Police will randomly check for tickets, and if you found without one, you’ll be fined 60 euros. Public transportation is broken up into different zones. Pay close attention to which ticket you buy to make sure it covers the correct zones. We suggest purchasing a ticket that covers all three zones.

Whoever said New York is the city that never sleeps has never experienced the nightlife of Berlin. Nowhere in the world has a nightlife quite like Berlin. The city is packed full of clubs, some that are world-famous, others that are well kept local secrets. Nightlife in Berlin starts late Friday night and goes all the way until Monday morning.

Clubs are exclusive, and there’s no guarantee you’ll get in. Expect to stand in line for hours at the more well-known clubs. Even if you don’t go clubbing while in Berlin, there’s no doubt you’ll hear someone talking about it or meet a local that can tell you all about the city’s nightlife. Don’t worry, even if clubbing isn’t your thing, there is still plenty to do in and around Berlin.

Berlin is an extremely easy city to travel from. Cheap train and plane tickets are available to other German cities and European countries. But don’t forget to take advantage of some of the great day trips available from Berlin.

8. Accommodations Are Hard to Find

If you plan to stay in Berlin for an extended period of time, don’t count on getting an apartment or even an Airbnb. Berlin is going through a major housing crisis. Apartments are hard to come by, and the housing market is extremely competitive. Due to certain visa restrictions, ex-pats on visas take up apartments quickly.

However, if you only plan on staying in Berlin for a week or two, there are plenty of great options. Berlin is packed full of unique hostels where you can meet fellow travelers. Many of these hostels even offer tours around the city. If hostels aren’t your scene, there are also great hotels around Berlin at reasonable prices.

Germans love parks and large outdoor spaces. Berlin is no expectation of that rule and has over 200 public parks scratched throughout the city. Often parks are used for various markets, events, outdoor concerts, and so much more. In Berlin, drinking in public is also allowed, so don’t be surprised to see locals enjoying a nice brew or two on a sunny day in the park.

What may surprise you about Berlin parks is the wildlife. Wildlife in the parks is more than just your ordinary squirrels and pigeons. Berlin actually has a high number of wild boar and fox. Parks in Berlin are so expansive that these wild animals have plenty of room to thrive and roam. These are wild animals, and you should avoid getting too close, but neither the boar nor the fox tends to bother humans.

While in Berlin you’ll want to make sure to visit some of the city’s famous tourist attractions. Some of the most popular attractions include the Berlin Wall, Check Point Charlie, and the Brandenburg Gate. Another popular attraction that is slightly harder to get into is the Reichstag dome.

The Reichstag was burned down in World War II, but was rebuilt with a modern design and now is one of the most prominent landmarks in all of Berlin. However, this building is still an active government building and heavily secure. To take a tour of the Reichstag dome, you’ll need to carry your passport. You can also register before going to the Reichstag to save some time. Make sure the Reichstag is towards the top of your must-see list, the views are stunning, and there’s no place like it in all of Berlin.

Berlin is a city that is always changing. The German capital is nothing like it was only a few decades ago. In only a few years, Berlin will change even more. Now is the time to visit Berlin and experience everything the German capital has to offer. It doesn’t matter if Berlin is the first or last stop on your European adventure; just make sure you make it to Berlin. You’ll find nights usually only reserved for dreams and days that will change you forever. One day you may leave Berlin, but Berlin will never leave you.