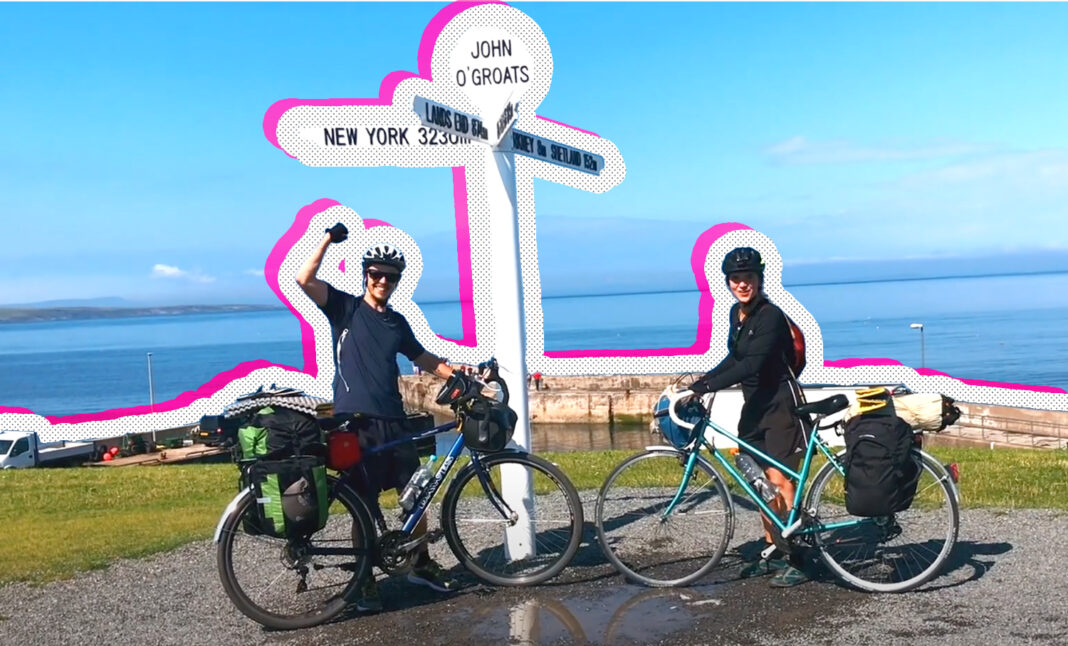 What do you do when your around the world trip of a lifetime is cut short due to the pandemic?

You make a new adventure at home.

Forced to take a break from around the world travel, ‘The Longest Road’ follows adventure filmmakers Lavi and Ollie as they take on a challenge at home, attempting to cycle from the northern tip of Scotland at John o’Groats to the southern tip of England at Lands End, dubbed “The longest possible road in Britain” stretching 2000km, all on £100 bicycles with no previous cycling experience.

This series documents Lavi and Ollie’s 37-day adventure as they battle the ups and downs of the trail, cycle, and wild camp through the stunning landscape of the Scottish highlands. They cross over tough mountain passes in the Lake District and discover the peaceful canal systems of rural England, fighting not only their inexperience but also their secondhand failing bicycles.

This series is a great reminder that there is always an adventure to be had, and you don’t need to travel halfway around the world to find it. Adventure lies just outside our own front door, on our own humble island. For many, the pandemic has spelled the end of a journey, a restriction, where adventure seems to lie now outside our boundaries, but here, over this 37-day showcase of the wonders that lie within our boundaries, we can see positivity and inspiration and the proof that life and great odysseys can still be sought after even in these difficult times.

‘The Longest Road’ can also serve to remind us that you don’t need to be a professional to take on such a challenge, nor do you need expensive gear or sponsorship backing. All you need is the desire to push your own boundaries, to get out and see the great outdoors. Here we see two complete amateurs with little to no cycling experience deciding to take that step. After doing some online searching, Lavi and Ollie managed to secure themselves second-hand bicycles for under £100 each, coupled with some basic camping equipment they knew that no inexperience or lack of professional gear or backing could stop them from embarking upon what would become of their greatest adventures, and most certainly their greatest challenge.

About Lavi and Ollie

Lavi and Ollie are no strangers to adventure challenges. In fact, over the past 4 years, they have amassed quite a repertoire of epic journeys including walking 3000km across New Zealand, driving 40,000km around Australia in a campervan, and overlanding two and a half thousand km across Indonesia by bus and ferry.

Many of these trips have featured on their YouTube channel, which began around 3 years ago as short, travel-related videos documenting the music and culture of the various people and places they encountered on their travels. “We wanted to share the amazing people and cultures that we met on our travels, their music, their voices, their stories.”

They have now gone on to record musicians and cultural performances across the pacific in Australia, New Zealand, Rarotonga, Vanuatu, Indonesia, the Philippines, and Taiwan and have now produced 5 full-length documentaries. The last of which “Saving the Dinosaur Bird” showcases another passion of theirs, conservation and the natural world.

In this latest series, the couple has moved away from their original music documentary-style videos towards full-time travel vlogging. To capture their new journey, they brought with them two GoPro Hero 7’s (Silver and Black), a Nikon D3400 with three lenses (18-55mm, 50mm & 55-200mm), and the star of the show, a Mavic Pro Drone “for those much needed cinematic shots”.

“We wanted to be able to do justice to the truly beautiful landscapes that lie in Britain, from the wide-open plains of the barren Highlands to the stunning lakes and moors of England’s National Parks, justice that only a birds-eye view can provide.”

With their filmmaking kit in hand (or on saddle) Lavi and Ollie have combined the visually stunning elements of DSLR footage and drone flyovers with the real-time “in the moment” vlogging to capture every detail, both the good and the bad, of their once in a lifetime adventure.

Through their documentaries and music video series, the Lavi & Ollie’s Odyssey YouTube channel has already amassed nearly 400,000 views and has gained 2,500 subscribers. Growing faster than ever before and coupled with their best production quality yet, this series, and the channel shows huge potential to reach out and inspire a global audience.

Above all, through this series and their channel, Lavi and Ollie have shown that there is always an adventure waiting around the corner, despite whatever circumstances may come about. You don’t need to be a professional explorer to take on an epic challenge, and you don’t need a film crew following you around to share it with the world.

You just need to have an idea and the motivation to go out there and discover the beauty of the world just outside your doorstep.

View the epic adventure so far. 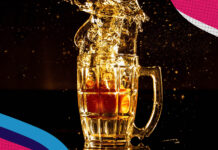 6 Cities in the USA to Visit for National Beer Day 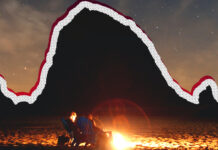