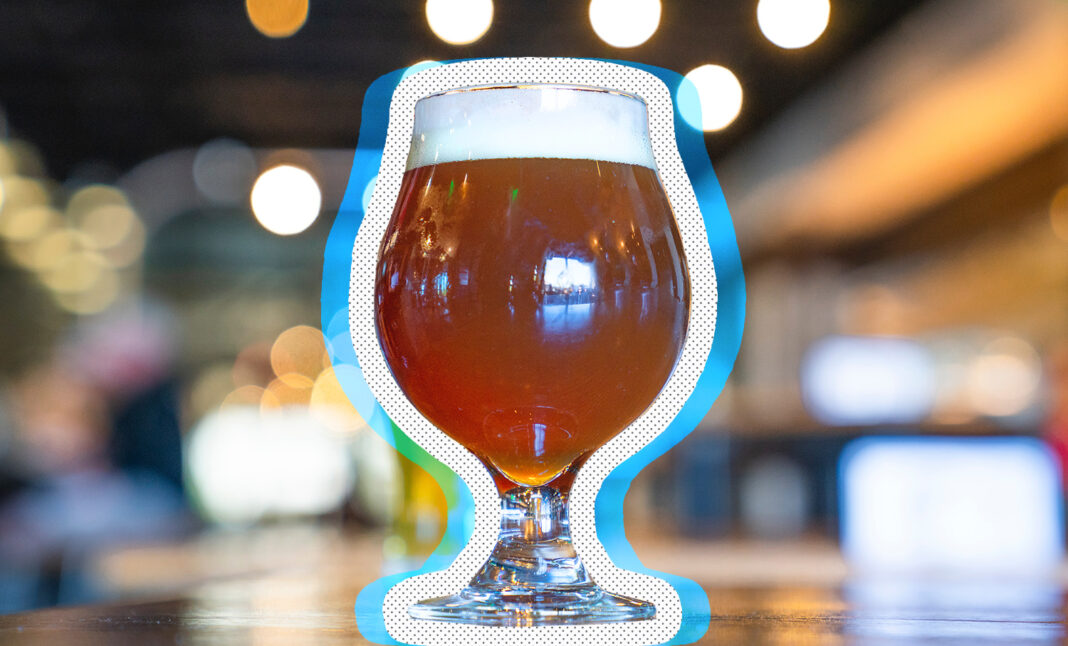 You might not know much about Cincinnati, but it offers more than roller coasters and the Reds. The city hosts the nation’s largest and the world’s second-largest Oktoberfest, Zinzinnati, every fall. Even when September’s festival is over, there’s plenty of beer to be had in Cincinnati. These innovative breweries pour only a small taste of the dozens of creative craft brews on tap.

Before you head out, make sure to check the brewery’s website or Facebook page for hours and availability. Some of these operations may be operating in a to-go only capacity due to COVID-19.

These 4 Cincinnati breweries are listed in order of barrels produced based on data published in the Cincinnati Business Journal.

Rhinegeist Brewery pays homage to its neighborhood’s history while creating inventive beers and ciders. The “Rhine” comes from the brewery’s location in the Over-the-Rhine district, and the “Geist” is a nod to the area’s German heritage.

Truth, an IPA with grapefruit and mango notes, is the brewery’s flagship IPA and most popular beer. It’s available with other year-round lineup brews, such as Knowledge, an Imperial IPA, and Cheetah, an easy-drinking lager. If you’re looking for something sweeter, try a can of Zappy or Swizzle, the brewery’s two staple ciders.

Visit Rhinegeist on a sunny day to make the most of its rooftop seating with a skyline view. Or enjoy a bowl of authentic Cincinnati chili, from neighboring OTR Chili, in Rhinegeist’s spacious indoor taproom.

Note: Do you love traveling AND beer? Visit the Beer Trail in Oregon.

Urban Artifact is more than a cool name for a tasty beer brand: The brewery brings its name to life by serving innovative beers in an old church. Located in the lower level of the historic St. Patrick’s Catholic Church, Urban Artifact is known for its sour and wild beers.

The Gadget, its most popular brew and its flagship Midwest Fruit Tart-style beer, is a sour ale with 1,280 pounds of blackberries, 1,280 pounds of raspberries and 30 grams of vanilla beans per 30-barrel batch.

Recently the brewery caught the attention of Forbes magazine for its forthcoming release of a new beer line called Astronaut Food. The beer is created using a new brewing technique and loads of freeze-dried fruit.

Jailbreak Churro, a brown ale, is one of Bad Tom Smith’s seasonal brews.

As the story goes, outlaw Tom Smith turned his back on his lawless ways as he faced his death. Named after Head Brewer Sean Smith’s outlaw relative, Bad Tom Smith Brewing is committed to doing what’s right: Brewing delicious beer.

All the beers are thematically named. Try one of its Legends Series brews, like the Jackson Hustler, a fruity, citrusy Belgian Wit, or one of its seasonal offerings, such as the Coal Hearted Killer, a Russian Imperial Stout. In 2020 Bad Tom Smith opened a distilling arm to produce the Breathitt County Straight Bourbon, a spirit that pays homage to the outlaw’s territory in eastern Kentucky.

If you’re looking for a taste of “bad ass in a glass,” stop into one of Bad Tom Smith’s taproom locations in either Cleveland or Cincinnati. It’s one of the best breweries in Cincinnati.

Located just north of the city in Mt. Healthy, Ohio, Fibonacci Brewing Company creates non-traditional and hybrid beer styles for all levels of enthusiasts. The Tollhouse, one of Fibonacci’s foundational series brews, is an American Stout with a strong roasted coffee flavor and hints of chocolate, and it’s truly delicious.

The name Fibonacci speaks to the co-founders’ respective loves for both mathematics and horticulture. The Fibonacci Sequence has roots in math and science and is found in nature, including in the hop plant, an essential element of beer.

Fibonacci Brewing aims to use at least one local product in 80% or more of its beers. In early 2021, the brewery included local ingredients in nearly every beer through local partnerships, on-site growing and foraging. The brewery property includes an urban farm, complete with an apiary, chickens and goats.

In addition to prioritizing local in its brew recipes, Fibonacci Brewing supports the community through a monthly farmers market. Located in a food desert, the market provides SNAP and Produce Perks for the community.

When you visit Fibonacci Brewing, make plans to stay overnight: The brewery has a cozy beer garden and two on-site AirBnB’s.

Thanks for reading about the top breweries to visit in Cincinnati, Ohio. Enjoy exploring and sipping your way through this amazing beer city.