Home » One of the Most Vegan-Friendly Cities in the World: The Northern Quarter of Manchester 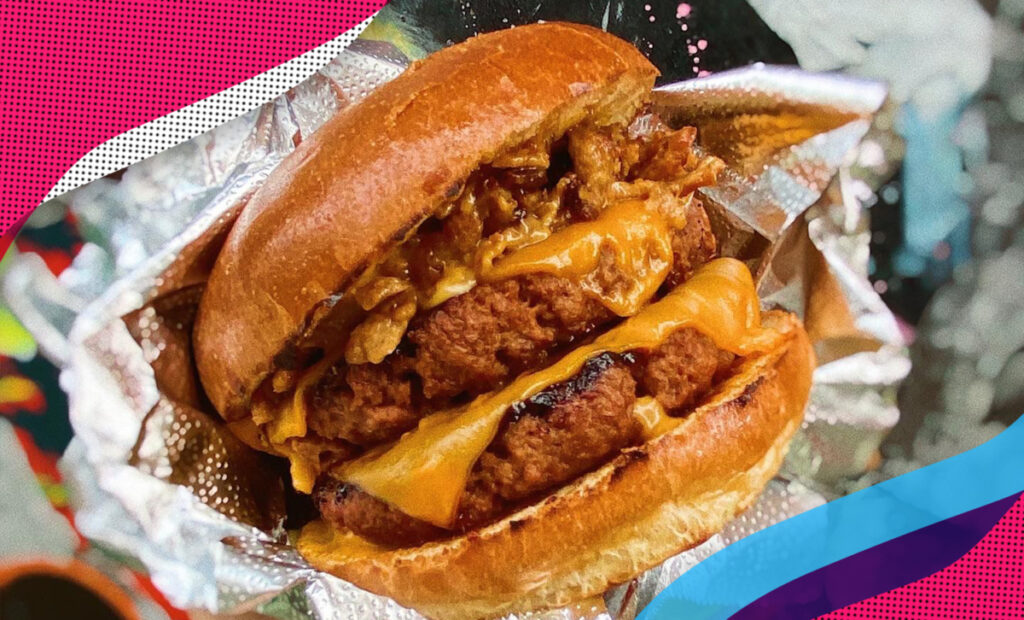 Why are so many people going vegan? The plant-based movement has grown significantly in the last few years. Data from Google Trends showed vegan-related searches at an all-time high in 2020. Global market research company, Ipsos, stated that there are over 9.7 million American vegans in 2019. Research by The Vegan Society in 2018 also suggested that around 600,000 vegans in the U.K. These numbers would have likely grown over the last few years.

I have noticed that businesses from every sector are making vegan products more available than ever. The plant-based food & drink sector is booming as thousands of new menu options drop yearly.

That being said, where are the best places to travel to that have a vegan-friendly environment? One destination for holidaymakers to consider is Manchester, England, specifically, the Northern Quarter of Manchester.

If I compare it to London, Manchester won’t be able to compete in terms of numbers. London surpassed 100 vegan restaurants in 2017, growing further citywide throughout the past few years. However, Manchester is the place to go outside of London if you are a vegan.

I lived in Manchester as a student during my university days and then worked there for a few years when I graduated. The Northern Quarter has always been a trendy place to hang out with friends, where you can always have a great night. During my recent visit, I realized it had taken a significant attempt to make the area more vegan-friendly than ever. The area is prospering, with coffee shops, restaurants, and bars galore for vegans.

So, where are the best places to socialize during your visit? Here is what I recommend.

Numerous vegan restaurants are available in the Northern Quarter of Manchester, within walking distance from one another. As I tried several of them, the one restaurant that stood out the most for me was diner, V Rev. V Rev is the longest-established vegan restaurant in Manchester, where they serve the finest vegan junk food in town. There was a great atmosphere and a definite American dining experience.

Manchester University graduate Dom Moss founded the place in 2011 as a vegan grocery and record store specializing in Punk, Hardcore, and Metal. In early 2013, Moss introduced a small menu comprising mainly vegan burgers, hot dogs, and sandwiches. As the place established a large fan base with locals and tourists alike, the restaurant upscaled to a new unit, where Moss offers a full commercial kitchen and bar.

I spoke to Moss about what makes his place unique, and he told me, “All the vegan products that you get on our menu, whether the alternative beef, chicken, and the sauces, are all made onsite. Everything is made in-house, and nothing is bought in for customers.” All the alcoholic drinks on offer are vegan-friendly, which is something new I learned. It hadn’t occurred to me that some alcoholic beverages contain ingredients that aren’t suitable for vegans. Hence this is another reason why to visit.

A couple of the exquisite dishes I would recommend would be the ‘Dirty little secret,’ which consists of vegan double beef patty, double cheddar, bacon, and secret sauce. You also have to try the ‘Classic loaded fries,’ which include skin-on fries topped with vegan cheese sauce, bacon, ranch, fresh chives, and your choice of barbecue, buffalo, or secret sauce.

Another thing to note is that V Rev was named ‘Best Vegan Restaurant’ in the UK at the annual VegFest in London in 2016. VegFest London is the UK’s biggest vegan festival, and to have received an accolade as prestigious as this, you are in great hands when you dine in.

There are plenty of chain coffee shops for people to find that offer alternatives for vegans today. Northern Quarter, however, you won’t find a chain in sight. I would suggest some trendy spots such as Just Between Friends Coffee, Fig and Sparrow, and Another Heart to Feed, as they all serve great coffee. Another Heart to Feed after 4 p.m. turns into a winery to enjoy the evening. Once again, all the alcohol is vegan-friendly.

My final recommendation for people who want to enjoy a few drinks and perhaps have a slice of vegan pizza to go along with it would be to go to a forward-thinking eatery & bar in the heart of Manchester’s Northern Quarter called the Common.

You can dine and recline in a relaxed, art-focused & craft-centric setting, a true Northern Quarter original that offers the best in craft beer, fine wine, and expertly curated cocktails. The atmosphere is brilliant, with local DJs, quiz nights, and karaoke on offer until late. You can have a slice inspired by New York-style pizza or a 22″ pie. There are five vegan pizzas to go for. I suggest going for the delicious Vegan Deluxe, which has a marinara base, vegan tomato paste, artichoke, roast peppers, red onion, and olive oil.

One couple I spoke to while waiting for my pizza to arrive, Chris and Kiera, told me why they regularly go in. “We’ve been coming here for years. We just love the atmosphere, the pizza, and the surrounding. Just everything about the place breathes class. The drinks are great, and the staff, in particular, are so nice.” Everyone who works there is very friendly, with Jasmin, the bar manager whom I spoke to, telling me that a wide range of people from all demographics come in to have a fantastic time.

If you’re looking to take someone out on a date, Common was named the winner in the Best Place For A First Date category in the northwest of England in The Skinny Food and Drink Survey 2014. So whether it’s a first date, karaoke, quizzes, or just looking to have a swell of a night, Common is a place to visit when you come across the Northern Quarter in Manchester.

Moral of the story

There are vegan food & drink options available everywhere you go in the U.K., whether it’s a convenience store or restaurant, and whether they are a vegan specialist or not. This is a significant factor, I am sure, for vegans who are looking to travel to a destination.

I am intolerant to dairy, which can be challenging to find food or drink when traveling. I am thankful for veganism being on the up here in the U.K., as I find it easier to consume vegan products to avoid dairy in my meal. I am blessed with what the U.K. market, in general, has to offer. There are a lot of other countries that need to do better, like the U.S.A.

During my visit to New York in November 2021, I hardly found any chains, local bars, or restaurants that catered well to vegans. And I am talking about tourist hotspots in one of the most popular destinations in the world. The opportunity is there for businesses to alter what they offer to create a more inclusive environment wherever you go.

What did I learn from my recent visit to Manchester? If you are vegan, Manchester is definitely a great place for holidaymakers. Plenty of restaurants, bars, and coffee shops cater to vegans in the Northern Quarter. When there are too many, sometimes it’s difficult to choose which one to go to when you have a limited time during your visit.

You won’t regret the places I mentioned, as these are the best places for me when you come to one of the most vegan-friendly cities in the world.