Home » My Journey to Responsible Travel

My Journey to Responsible Travel 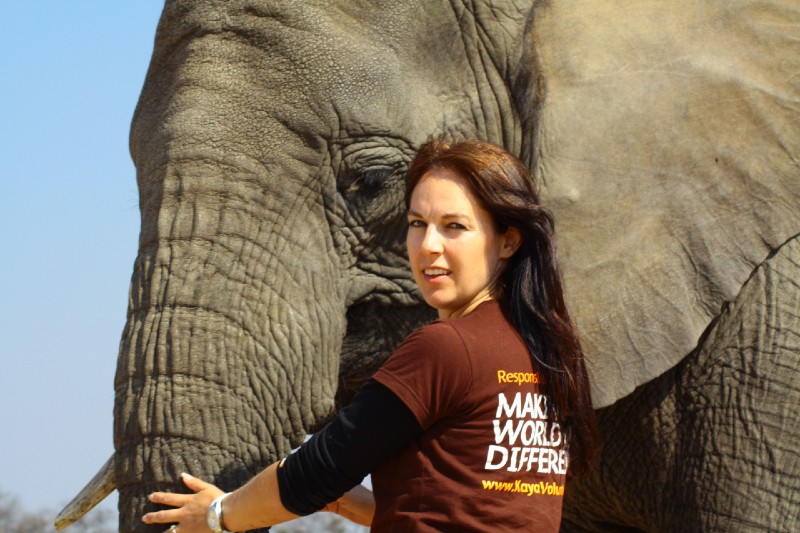 I had always dreamt of taking a gap year. I had spoken about doing it since I became a teenager. I had been fortunate enough to live overseas as a young child when my father’s engineering job took us first to Germany, then Brazil, but since the age of 6, I lived in the UK.

When I applied to university, I was accepted into a program that included an embedded year of study abroad, which brought me to the USA. I took classes at the University of Colorado, Denver, where I made the most of city life and first set foot on a snowy mountain. I developed a passion for snowboarding and remember trying on boots next to an excited older lady who told me she was getting new gear because seniors could ski for free. I vowed that would be me someday.

I thought this would be my gap year. But while this scratched that travel itch a little, I felt that I wanted to see more of the world – not just the Western student environment, but the ‘real’ world.

When I finished my four years of study, I looked again at taking a gap year, but I didn’t know where to start and, as the eldest of four kids, knew I was going to need to make some of my own money before that was going to be an option. I eventually accepted a job in my dream career – advertising. I moved to London, worked my way around a few agencies, and was fortunate to travel abroad occasionally with my work. An annual winter trip to Europe kept my snowboarding passion alive, and the occasional city break or beach holiday helped justify the long workdays.

But still I talked about the gap year that I wished I had taken.

In 2003, I narrowly missed out on a great new position I applied for. Then, in my disappointment, I finally plucked up the courage to do it. I was 27 years old and around me, friends were getting into serious relationships or committing to financing cars and houses, and I suddenly realized I had nothing to hold me back. I was a little worried that I would certainly be a lot older than other gap travellers, but I wasn’t going to let that stop me.

I bought a round-the-world ticket and made a plan that would take me to Africa, Australia, New Zealand then Asia. The flight legs had some flexibility and I figured it would take me about 18 months. I was nervous about traveling on my own, so I began my travels by joining a volunteer organization.

My first month was spent at a vervet monkey sanctuary in Tzaneen, South Africa. I spent my days cutting up fruit and cleaning enclosures. I learned about primate behavior, how they communicate, and how domesticated monkeys could be brought together to form a troop that could eventually be released into the wild. I cared for an abandoned tiny baby baboon that fit in the palm of my hand, who peed and pooped all over me and would scream if he couldn’t hear my heartbeat. I also learned so much about the social landscape of rural South Africa – the mistrust that still exists between blacks and whites, post-apartheid, and how the lack of support in that transition had led to many situations where communities were set up to fail. I began to understand some of the realities of the challenges that seemed so simple on paper – both on the conservation and the social front!

I joined in a couple of other initiatives, and ended up at Tembe National Park, famous for its long-tusked elephants. Here I worked alongside local Zulu staff who taught me to cook delicious meals, shared with me their tribal traditions, and made me cry every time they sang their beautiful Zulu songs. I learned about the intelligence of elephants that saw them regularly dig up water-pipes to sip on the cold clean water, and the brutality of nature as I saw lions and hyenas make their kill.

This experience gave me the confidence I needed to try out some solo backpacking along the South African coast. Jumping on a greyhound bus I stayed in hostels and made new friends every day – both local and foreign. And so began my love of the African continent.

My next stop was Australia. A few years shy of my 30th birthday, I was still able to get my 1-year working holiday visa and travelled the full circumference of the country, picking up waitressing and kitchen jobs along the way. The most interesting of those included a kitchen job at a gold mine in the middle of the Western desert, and a deck-hand position on a yacht at Airlee beach. I spent my earnings on scuba diving, surfing and seeing the wilds of Australia. I swam with whale sharks and manta ray, visited the bungle-bungles and along the way, made new friends every day (including a fleeting encounter with another British backpacker who would eventually become my husband!)

After Australia, I popped to New Zealand for a couple of months – 1 month exploring each island – before heading to Thailand for Christmas.

Or at least, that was the plan.

I was supposed to meet friends from home in Bangkok and head to the beaches for the holidays. Realizing the Kiwi bus tour I was on wouldn’t get me to the airport in time, I delayed my flight 5 days, and we changed our beach reservations to the following week to celebrate the new year.

On December 26th, 2004, an earthquake in the Indian Ocean resulted in the largest recorded tsunami in history, which hit the surrounding shores killing an estimated 230,000 people. Because of my rescheduled travel plans, I wasn’t there.

I arrived in Thailand 3 days later, deeply shaken by my narrow escape. The fun I was having as a traveler no longer seemed appropriate and I immediately looked for a way I could help.

At first, the advice was to stay away from the disaster areas, but I found a poster for a Thai charity that simply said ”we need more help”. I contacted them and a day later hopped on a bus south to Khao Lak.

Khao Lak, the Phnag Na district, had been a thriving beach resort, popular with European tourists and divers. Nestled in a dramatic valley, the wave was funneled, driving the water up to 3km inland. An estimated 4,500 people lost their lives here, at the peak of the holiday period.

I joined the Tsunami Volunteer Center, a Thai run group that was coordinating volunteers to help out in work as diverse as retouching morgue photographs for identification to running activity camps for children whose families were in hospital or missing. I joined a team that was helping the local Moken communities – considered “seas Gypsies” they are not considered Thai citizens despite having had communities on the Thai Andaman islands for many centuries. Because of their status, they were not being supported by Thai government efforts and they were at risk of losing their land which no longer had established structures that secured their place. Working as part of a team of volunteer construction workers, we rebuilt structures that could secure land rights before moving on to the next village along the coast.

This experience humbled me like no other before it. I spoke to local villagers who had brought out their few personal clothes to help cover western tourists stripped by the wave, street vendors who had not made it down to the beach that fateful morning, who fed victims for free in the aftermaths, local families who lost children, and took in their neighbour’s kids when their families couldn’t be found. Thai volunteers helped us better understand the local culture, traditions and beliefs, so we could respectfully work amongst them.

I worked at the Tsunami volunteer center for 4 months in the end. We celebrated with local shop owners when they reopened their establishments. We attended their 100 days celebration where they say goodbye to departing spirits. We made life-long friendships that I value to this day.

That experience changed my outlook on travel. It didn’t take anything away from the dozens of amazing experiences I had as a backpacker, but, like my time working on projects in Africa, the human connections and cultural enlightenment that came from working side-by-side on real-world challenges made a significant impact one me.

When I left Thailand, I traveled a little longer. I spend some time traveling north, into Laos, the length of Vietnam, and through Cambodia. I returned home to England two years after I first set off on my gap year.

I initially went back to my career in Advertising. But I found myself unsatisfied with a job that had such little impact on the world. I wanted everyone I knew to experience what I had working in such different and diverse cultures. And from this, the idea of Kaya was born.

I set up Kaya Responsible Travel to bring my experience to others, like me, who love to travel, but rarely get the opportunity to immerse. The lessons I learned along the way included the importance of having local leadership on projects working within communities, the need for long-term, sustainable solutions that can carry developments beyond just the time that outside help is available, and the need for patience, understanding and respect for very different ways of thinking.

Now at Kaya, we work with site teams in 30 countries across Asia, Africa, and Latin America and receive hundreds of students, adventure travelers, families, career-breakers, and retirees on our programs each year. We work with locally-led non-profits, schools. hospitals, government departments, and other community and environmental projects – matching participants’ skills and interests with projects they can contribute to while immersing in the local culture.

2020 had provided us many challenges as the world locked-down and borders closed, but we developed some online programs that allow participants to still help our initiatives by doing online work that helps advance their causes.

We look forward to a return to travel, and we hope that when that comes we can engage more and more travellers in social and environmental development work and programs that ensure that money is spent locally, considers environmental factors and ensures a future for travel that has sustainable tourism at its heart.

To read more about Kaya Responsible travel and our work, visit www.kayavolunteer.com