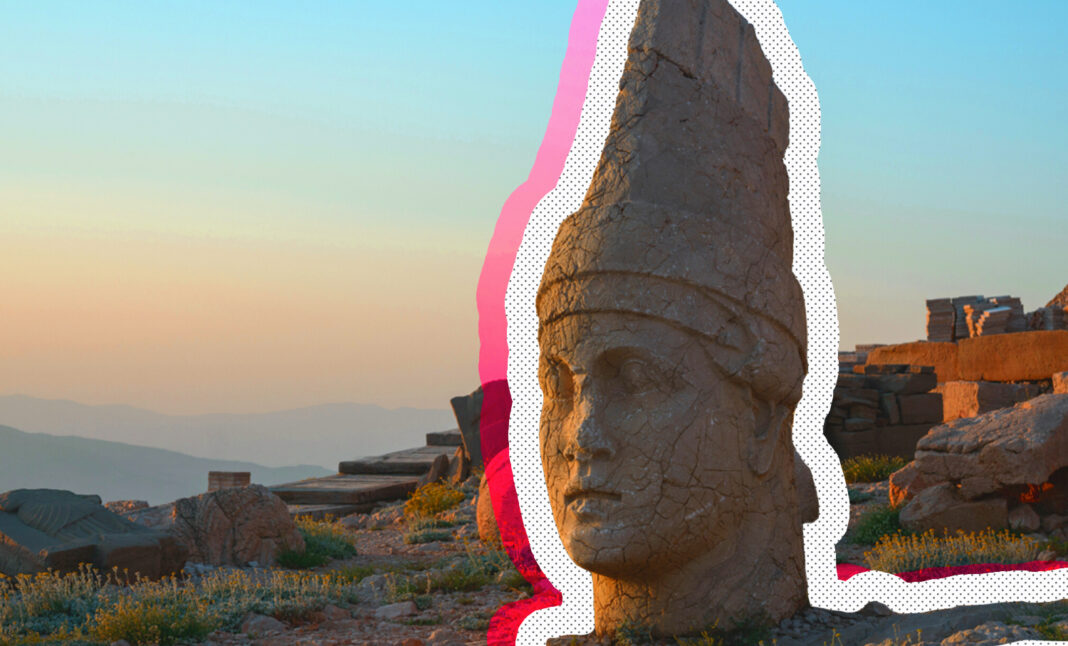 Take a journey to Turkey’s paradise

Are you thinking about where to travel to after you’ve been fully vaccinated? As we start to see the light at the end of the tunnel for this Covid-19 pandemic, I am sure we are all thinking about that long-awaited vacation. And if you like to travel to unknown destinations, perhaps with an ancient site dating back to the 1st century BC, well, think no more and consider taking a trip to Mount Nemrut, Turkey.

Mount Nemrut (also known as Nemrut Dağ or Nemrut Daği) is one of Turkey’s most sensational ancient sites. It’s a mysterious mountaintop monument scattered with stone heads. In 1987, UNESCO added Mount Nemrut to the UNESCO World Heritage Site. I was fortunate enough to have traveled to this breathtaking historic landmark in September 2020.

It’s not the most accessible site to visit, thanks to its remote location. However, it will repay those who make the long journey to see it with evocative sunsets and sunrises over its stone carvings.

I had no prior plans to visit the mountain when I traveled to Turkey. I was told about it whilst I was in Cappadocia by a couple of fellow Brits. As I travel spontaneously, they suggested I head further southeast. One of the guys I met, Gary, said, “it’s like something from a ‘Game of Thrones’ set; you will love it, mate.”

I researched a little bit into it, and I decided to take their advice after seeing pictures of the place. I saw photos of two terraces of statues that seem to catch the light at sunrise and sunset. I couldn’t wait to catch either of them.

How to get to Mount Nemrut

I had decided to travel and see the country on the road during my visit to Turkey, and getting to Mount Nemrut wasn’t easy. The nearest place to stay next to the mountain is Adiyaman.

As I was in Cappadocia, I had to travel to Kayseri first and then take an overnight coach to get to Adiyaman. In total, with all the waiting around, it took about 12 hours. And I almost missed my coach in Kayseri because I got told to wait in the wrong bay. I would have been hanging around for another 12 hours if I had missed it, as there weren’t many coaches frequently traveling at the time of my visit.

However, if you don’t have the time or the patience to travel on a coach, the nearest airports are Adiyaman, Malatya, and Gaziantep (most frequent flights pre covid). You can travel to those places from all the major cities in Turkey.

I arrived in Adiyaman at 7 am, shattered after traveling on an overnight coach. The hotel I decided to stay in, Vadi-i Leman, was central to the city, but it wasn’t a top hotel. However, it was very spacious and value for money. The only thing I didn’t particularly like about the hotel and something to bear in mind was that they had no non-smoking rooms. I might have chosen a different place in hindsight, even if it meant I paid a few extra dollars.

Before taking a rest after a long journey, I spoke to the hotel receptionist about how I could get to Mount Nemrut. I couldn’t find a day tour due to the pandemic before I arrived, and when I looked at reviews on historical tours on a few tour sites from people, some wrote they had paid $300 for the day, which I was not willing to pay.

The receptionist told me he could set up a private car hire for a driver to take me to Mount Nemrut and back, with the price being very reasonable. I tried to bargain with him; however, I snapped his hands off when he wouldn’t bring it down. I told him to book my driver for the afternoon, so I could go and catch the sunset.

After resting up and getting lunch, my ride had arrived. My driver was Turgay, and the first thing he said to me when I met him was, “I will give you the best experience,” which was always great to hear. And I must say he certainly did.

The significant benefit was that he spoke decent English as it was a struggle to communicate with anyone in the hotel. I use the iTranslate app when I travel to non-English speaking places to communicate, a fantastic app if no one has used it.

One of the other benefits I received from hiring a private driver was seeing more than what I had paid for. Turgay said he wouldn’t just take me to the summit with the stones but take me to a couple of other locations where not many locals go, let alone tourists.

I was able to ask Turgay whether many tourists visit Mount Nemrut in normal times, and he said, “it’s mainly Turkish people who travel from other parts of Turkey to visit.”

The Daily News reported about half a million visitors had visited Mount Nemrut since 2016. Which is not a great number, and it’s not clear from that article whether they were foreign or home visitors. But it meant to me that it’s a place that hasn’t been discovered by many.

It does state numbers dropped in 2020 due to the pandemic. However, I wasn’t sure how dense it would have been with people during regular times when I visited.

So the first place Turgay took me to was a place called Karakus Tumulus. This place had a lot of construction work going on around the place at the time I went. Which meant there was no one barring me.

Karakus means ‘black bird’, and the name was given as the column I saw is topped by an eagle. There is an inscription there which I wasn’t sure what it meant. But I read up afterward that it indicates the presence of royalty, and it housed three women.

This place was worth visiting as you can get a great view of the horizon as well.

The next spot I was taken to was to see the Ruins of Arsemia Roman bridge of Cendere. There were engravings on the columns of the bridge to suggest when it was erected. This was a bridge that was said to have been constructed in the 1st century AD. It was also said to have been done by Roman Emperor Septimus Severus in honor of his wife Julia Donma. There were four columns, and of the four that hold the bridge, two were said to be made for his two sons Caracalla and Geta.

There were a few people there with no foreign tourists that I could see. I saw a couple taking pictures for their wedding celebrations as well. They kindly allowed me to picture them, and I congratulated both and wished them the best of luck.

I wouldn’t say you would have missed out if you skipped this place. But it was nice to have been, nevertheless.

The final place I was taken to before we made our way to Mount Nemrut was Kahta Castle. This was a derelict castle. I am not sure when this was built or why due to the lack of information at the site. I couldn’t find much information either when I looked it up afterward, but I can only wonder who lived up there.

Again it was nice to have visited, but I wouldn’t have lost sleep if I hadn’t seen it.

The magic of Mount Nemrut

From the castle, it was another 45 minutes drive up to the entrance point of Mount Nemrut. Once I got there, the price for the entrance included a visit to a museum as it was part of the deal. I took a wander around the museum, and there were some nice artifacts and a backstory of the mountain.

After the museum, we drove up to the start of the summit. And it wasn’t too long before I made my way up to the stones to watch the sunset. The view hiking up was something to take in. It was as good as anything I had seen before.

The stones are said to have been made in 62 BC by Antiochus I Epiphanes. He is the son of the founder of the Kingdom of Commagene in the 1st century BC. The figures represent Antiochus himself, with eagles, lions, and various gods from different religions.

I was in awe of what I saw. These stones were magnificently sculptured. Both terraces of stone statues were built to be illuminated. One terrace faces east, the other west. It’s a startling sight. The sun setting was phenomenal; the light hitting the stones gave it a perfect picturesque view and a great way to finish off a beautiful evening.

I’m still a little surprised that I didn’t hear anyone in the travel space talk about this location before visiting. It really is an untapped destination. I think I only heard one other foreign tourist whilst I was there as well. Of course, the pandemic may have had a part to play in this. With not many regular visitors, this may have a role to play with why the day tours are so expensive if you use a tour company. But let’s hope it gets the attention it deserves going forward.

Few things to take note of before you travel to Mount Nemrut. If you are staying in Adiyaman, I would suggest maybe one day will suffice. There isn’t much else to see once you have visited the mountain. There is an excellent restaurant called Adam Gibi Bir Yer with live music in the city. They have different food options on the menu, as I decided to go for Mexican when I went. Hospitality was fantastic, as I don’t think they had seen a tourist for a while.

In terms of budgeting, the most expensive part of the trip was my trip to Mount Nemrut. I still felt it was a bargain for an $80 private car hire considering I got all those extra site visits. Plus, as I said, I saw tours costing in the hundreds. The cost of the entrance to Mount Nemrut was about $8.

My hotel stay cost me $10 for the night, and getting there with the coach from Cappadocia was around $12. If I were to have flown from any major city, flights would have cost me $12 due to the pandemic. This is very likely to change when things get back to normal.

I would suggest maybe set aside $200 in total with flights in regular times. And definitely ask the hotel whether they have a private car hire to the summit. This is most likely to be the cheapest. My total cost with everything was just over $110 for one night.

Another tip I would suggest is taking a jacket when hiking up the mountain. Depending on the time of the year you go, it can get a bit chilly. I certainly felt the chills, and it was meant to be a warm period of the year.

I read that due to snow closing the road to the summit, the mountain is only accessible from May to October. I am not sure about that, so please check before going. Also, there is a steep walk up from the car park to the summit, which can take up to 30 minutes.

You won’t regret it

If you are looking for some stunning picturesque stones with either a sunrise or sunset after you’ve been fully vaccinated, consider visiting Mount Nemrut. You will not regret it as you will saviour the memory. 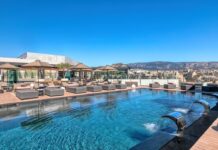