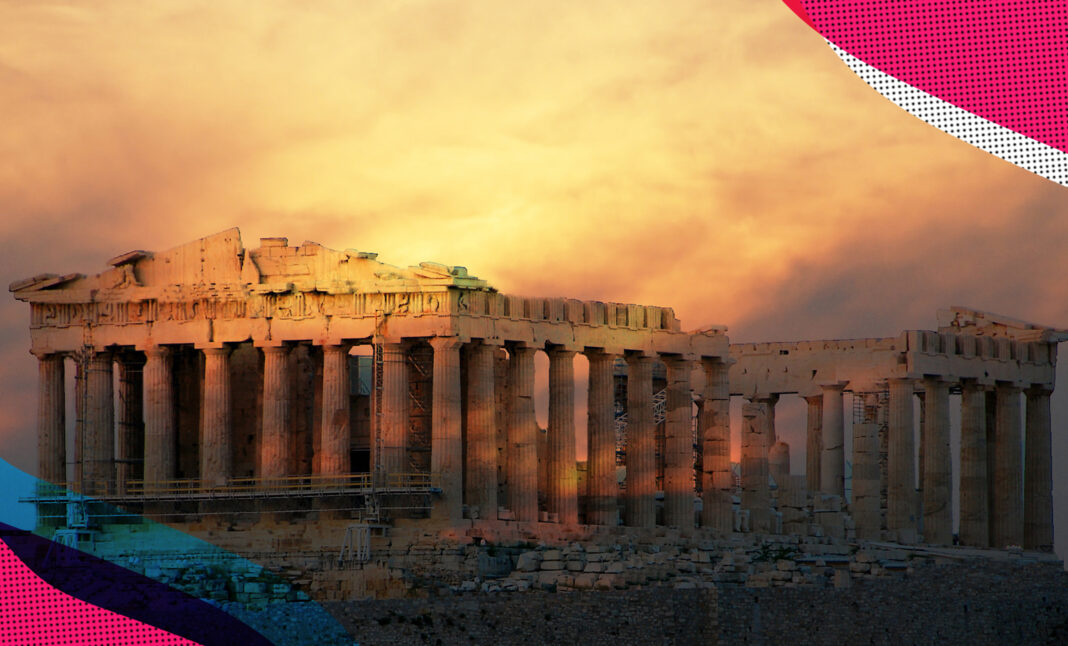 Athens is the historical and capital city of Greece. Many have considered that civilization’s intellectual and artistic ideas originated there, and famous philosophers such as Socrates typically regarded the city as the birthplace of western civilization.

Athens is steeped in history and culture, from the ancient ruins scattered around the city to its mesmerizing museums. Whether you’re exploring the streets of Plaka, admiring the grand Temple of Olympian Zeus, or viewing The Acropolis from afar, you are bound to have an exhilarating experience. The novelty of being continuously immersed in a city with so much character never really wore off, and I found myself feeling right at home.

Athens does have a mysterious feel about it. It was a bit of a culture shock to me when I had first arrived. I stayed in a 4-star hotel at the heart of the city, but surrounding the hotel, streets were run down. Greece had gone through financial difficulties in the early 2010s, and most recently with the covid pandemic. And staying in a 4-star hotel in Athens, you won’t be paying a 4-star rate. Your money goes a long way in this city.

To give you an understanding of what it’s like to travel to Athens, I interviewed Greek-American businessman, Tony Kariotis, who owns the Instagram handle, @greece. He has seen tourism growth in Greece, particularly in Athens, over the years.

“Right before the pandemic, our tourism numbers were growing exponentially! 2019, there were around 40 million tourists. Athens is known as a layover if you come to Greece. People would check out the cool bars, check out The Acropolis, or go and see a few museums, and then head to the islands and come back to go to the airport.”

“I, growing up as a kid, felt similarly. I would layover in Athens, and I couldn’t wait to get to the islands. But I love the Athens part of my tours now. The development in the last three years with restaurants, bars, and night scenes, shows you how festive and bustling it is.”

For many, heading to an island to enjoy the sun on the beach is why you work a 9 to 5 job. It’s understandable why so many tourists flock over to the beautiful islands of either Santorini or Mykonos. However, Tony explains that you can find a beach near Athens on your visit.

“Growing up as a kid, the reason I wanted to skip the Athens part was that I wanted to go to the beach. I didn’t think Athens had beaches. The older you get, you realize, if you drive 20 minutes south, you get to an area called Glyfada, which is absolutely beautiful. It’s a beach city, and it feels like an island.”

Another area you can visit after a long day of exploring is a town in Athens called Psiri, which is not known as common knowledge with tourists. I found that area to be lively with locals, and it’s a bit of a hidden gem. You can enjoy a perfect evening there, and it just adds so much personality to the city.

You will also find the place very cost-effective, with, A for Athens cocktail bar having a rooftop being the best place to have a drink. You get the most breathtaking view of the city overlooking The Acropolis, and I suggest heading to the bar before sunset.

Tony weighed in on Psiri and said, “I am happy you mentioned Psiri because that’s a neighborhood I have fallen in love with. It has some tourism, but you’re right, it’s busy with the locals. The locals are out and about in Psiri every night of the week. With them being out, it keeps it lively and fresh. There are always new restaurants and bars opened every year, so it gives you something to look forward to.”

So what else is an absolute must when you travel across to Athens?

Nick Rogillio, an American tourist I met during my time there, told me, “I think The Acropolis is well-known as a must-see, but Lycabettus Hill offers a fantastic viewpoint overlooking the whole city. The Acropolis museum is great, and I’d recommend seeing it before going up to The Acropolis to learn about the history.”

“I think the sunset viewpoint just below the Parthenon is a must. It’s just a happy and peaceful experience to sit and enjoy a sunset with other happy and friendly people.”

One big way of saving money for anyone visiting the ruins and museums is to buy a combo ticket. You can buy a ticket to The Acropolis for €17, the cost of one admission during my visit in October 2021. However, you can buy a combined ticket for €30, again the price during my visit; and you can visit seven different archaeological sites. These are subject to change but at the time included The Acropolis, Theatre of Dionysus, Ancient Agora and the Museum of the Ancient Agora, Temple of Olympian Zeus, Roman Agora and the Tower of the Winds, Hadrian’s Library, and Aristotle’s Lyceum (Archaeological site of Lykeon).

You can get your ticket at the ticket offices on-site or online. Pay attention, as the online ticket will have a precise date, and it cannot be changed.

The Ancient Olympic Stadium or Panathenaic Stadium is one attraction that is not included in that ticket, and I would highly recommend seeing it. It’s breathtaking when you see it for the first time. It’s such a unique stadium with the podium and old drinking fountain still there, and if you head right at the top on the left-hand side from when you enter, you can see The Acropolis in the far distance.

Finally, Greek restaurants are trendy in the U.S., but what’s the food like in the capital. Nick told me, “I really enjoyed the food. It was one of those happy surprises, where I thought it would be just ‘okay,’ but it was delicious everywhere I ate. It was also very affordable. From cheap gyros (a meat dish) to decent restaurants. I found the food quality to be way higher than the price point.”

If you have a sweet tooth and would like to enjoy a delicate dessert, I would highly urge heading over to Bufala Gelato, as they have the best ice cream in Athens. You will find them in the main square next to the market.

Athens has given me a taster to see more cities around Greece. Usually, I am not keen on a city and go off the beaten tracks. But, with the development, and the change, I want to see what else Greece can offer me outside of the islands. Don’t just skip the city of Athens if you are traveling over to the islands. You might just find yourself like me, staying for more than a few days.