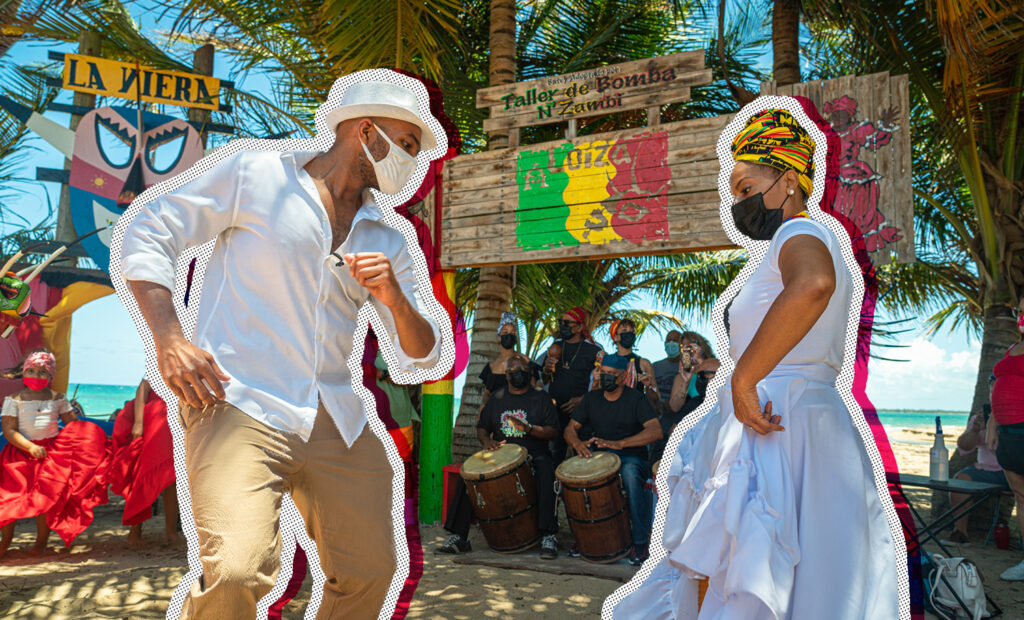 The United States of America is now fully open to the world again, and this summer will welcome a record number of tourists. Traveling to the U.S. is a unique and wonderful experience. I had the pleasure on two separate occasions, with each visit creating everlasting memories. It gave me the appetite to travel and see other parts of the country as I visited places like New York, Washington D.C and Miami on my previous visits.

So, where can local and international travelers alike head to this summer? What better way to find out than to tune into Season Two of the award-winning travel and lifestyle series FLY BROTHER with Ernest White II, launching nationally on Create TV, one of PBS’s cable affiliate channels, on May 31st. Not often do we talk about television shows here at Travel Magazine; however, we thought this was the right opportunity with the premise of this season focusing on locations around the United States.

Season One launched successfully amidst a global pandemic, debuting on PBS in May 2020. The season followed creator and host Ernest White II as he traveled the world, reuniting with friends and connecting with new ones in countries like Namibia, Tajikistan, South Africa and India, and offered something of a remedy to housebound viewers during the height of the pandemic.

Not only did I have the pleasure of previewing some of Season Two, but I also sat with White to discuss his upcoming series. Before I get into Season Two, who is Ernest White II, and why does he love traveling?

“A creator, a voyager, an observer, a connector, a judge, a jury, a fighter, a lover.” Charmingly put by White. “My earliest memories of traveling are through books, movies, and music. As a kid growing up in Florida, my family would take trips to Orlando, Saint Augustine, and Tallahassee. That may not have been European-style travel, but it was enough to stoke a wanderlust that has lasted for most of my life.”

“The greatest thing I’ve learned about myself and others through traveling is that we all, no matter where we’re from, want the same things in life: to be seen, empowered, and loved.”

It’s refreshing to speak to and see White on television as a travel show host as he is also representing and telling a story from a Black, gay male perspective. This counterpoints the often white, perceived heterosexual personalities who occupy such roles.

This brings me to his show, FLY BROTHER with Ernest White II. I wanted to know how it all started and who the key personnel were. “Initially, FLY BROTHER was a blog about international travel and expat living from a multicultural perspective. A few years ago, while I was working as a journalist, my college buddy, Chester Jones, approached me and said he’d co-founded a small cable network and wanted to commission a travel show from me—it wouldn’t be paid. Still, they’d support us in securing advertisers, and we’d have a non-exclusive agreement. I immediately said no! After all, I was a serious journalist and didn’t even watch television!”

To this day, White is a highly respected journalist and professor, for that matter. As he initially said no, what changed his mind to transition into the world of television? “Well, I resisted until every other door in my life closed, and there was nothing left to do but lean into the idea of producing a show. So I engaged my community of fellow journalists and travel pros, raised a tiny bit of seed funding from an amazing group of Black women doctors, and off we went.”

“While we were filming the first season, Chester’s cable company—like most startups—ran out of cash and went dark. So we were a cart without a horse for a while until a series of conversations, instrumentally with fellow PBS journalist Mickela Mallozzi, led me to public television, and the rest is history.”

In every episode, White visits friends who bring him into their communities, show him what they love about the place and, in turn, show us that the whole world is our tribe.

After the success of Season One, White decided to film Season Two in the United States. Did COVID play a part in the thought process behind the season? And what challenges did he and his team face filming during the height of the pandemic?

“COVID was indeed the reason that we decided to focus on a “smaller” geographic area than Season One. Of course, the U.S. is a large country. We spent many hours on airplanes, taking many COVID tests, and working with local tourism offices to film wherever we could.”

“At first, trying to make empty streets look enticing and populated, then dodging throngs of crowds and paying through the nose for rental cars as the availability of vaccines and the opening up of travel began while we were in the final weeks of filming. Filming in the field is already an intense experience, but doing so during a global health crisis was kind of insane.”

“That said, my fellow storytellers and I were excited to be out in the world sharing our experiences. People have a greater awareness of racial and gender inequality, the importance of environmental sustainability, of the need for all voices to be heard, seen, recognized, and loved. While I think we touched on this in Season One, I believe we really lean in during Season Two, and I think that leaning in is needed more than ever.”

As White was raised in Jacksonville, Florida, while filming, did he appreciate the beauty America had to offer more than before? And out of the 10 locations he filmed in, Alaska, San Francisco, Hawaii, Kansas, Detroit, Natchez, Newark, Adirondacks, Puerto Rico and Nashville, what’s his fondest memory?

“I’m remiss in naming one memory as my fondest when I had so many wonderful, transformative experiences while filming, but I can definitely say that my appreciation for the United States as a nation of nations has indeed grown exponentially. We met so many welcoming, kind-hearted people of all backgrounds everywhere we went.”

“It really underscored what I already knew—that the single biggest strength of the country is its diversity of culture, history, landscapes, and experiences. There’s no getting around that, and the only way forward is to embrace and engage with that diversity.”

If you’ve never been to the United States and you’re curious about what it’s like, White has given us an idea of the American culture and a way of life. While the experience of visiting the United States won’t be the same as living in it, White’s appreciation of the country and the new season of his show will convince you that it’s worth exploring.

What’s next for FLY BROTHER with Ernest White II? Is White preparing to film the next season, and if so, will the filming format go back to Season One, where he and his team travel the world, or will they stick to filming in one country?

“One of the first rules of production, as in life, is to be flexible and willing to pivot. We may film in one country. We may film two episodes in five countries; we may go back to a single episode per country. Who knows? Wherever the resources and conditions align, that’s where we’ll be.”

As I’ve mentioned, the show hits our screens nationwide on Create TV on May 31st. You can head over to flybrother.net and sign up for their newsletter for more information. You can catch up on Season One on the on-demand service on pbs.org.

As the season comes to our airwaves, White hopes viewers can appreciate the virtues of cross-cultural connections within the United States and apply these values to build more compassionate and inclusive communities. After all, isn’t that what life and travel are all about.