Discovering Georgia’s Most Fascinating Ancient Town in the Caucasus Mountains 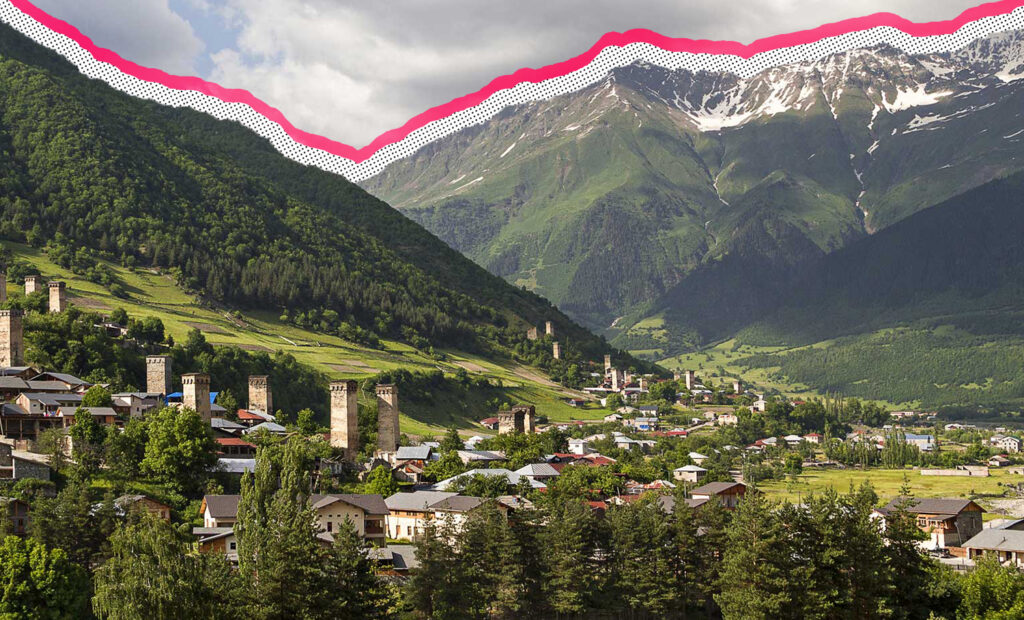 Mestia is the capital of the Svaneti region in the most mysterious and unique highland region of Georgia.

The town is surrounded by Alpine meadows, coniferous woods, and snow-peaked ridges.

The size of the town is very small and its population is less than 2,000 people. The Svans are a specific ethnic group with a cultural heritage of approximately 4,000 years old.

The town has a particular architectural style and it is very easy to see why its old charming stone towers were awarded their UNESCO World Heritage status.

Recently, a new highway was opened from Zugdidi to Mestia which made it safer and more comfortable to reach this remote town. In 2010, Queen Tamar airport was built so getting there by plane is also an option.

Things Not to Miss in Mestia

Founded in 1936, Svaneti Museum of History and Ethnography is one of the most significant museums in Georgia. Here you can find everything from the region such as medieval weaponry, icons and engravings, silver, iron and copper ornaments and jewelry, textiles, and more that will tell you the story of Svan lifestyle.

Needless to say, exploring the Svan Towers is a must:

Built by The Svan people to protect themselves from invaders. Its remote location did not discourage Persians, Romans, Turks and Mongols to come here.

The towers are relatively well preserved and two of them are open to the public.

Hike Up to the Glaciers

Located on the southern slopes of the Caucasus Mountains, Chalaadi Glacier is the most accessible glacier in Georgia and also the only one that extends into a forest zone.

The trail takes only five to six hours to get the glacier and back to Mestia and it is considered to be one of the easiest hikes. The glacier is 1,850 meters (6,069 feet) high and the nature in proximity is drop dead gorgeous.

Mestia is the best place in Georgia to try Svan food. Svaneti has always been a remote region with its own culture, language, and cuisine.

Some specialties that are commonly found in the restaurants in Mestia are Chvishtari, Kubdari and Tashmijabi.

Svanti also has its own version of Khachapuri with millet flour in the cheese filling. It is called Fetvraal Khachapuri and this is the a region where you can try it at its very best.

It is hard not to say that Svaneti is a unique region and because it has so much to offer, from its majestic mountains to its local architecture shaped by history and culture, it is truly one of the best destinations in Georgia to visit.