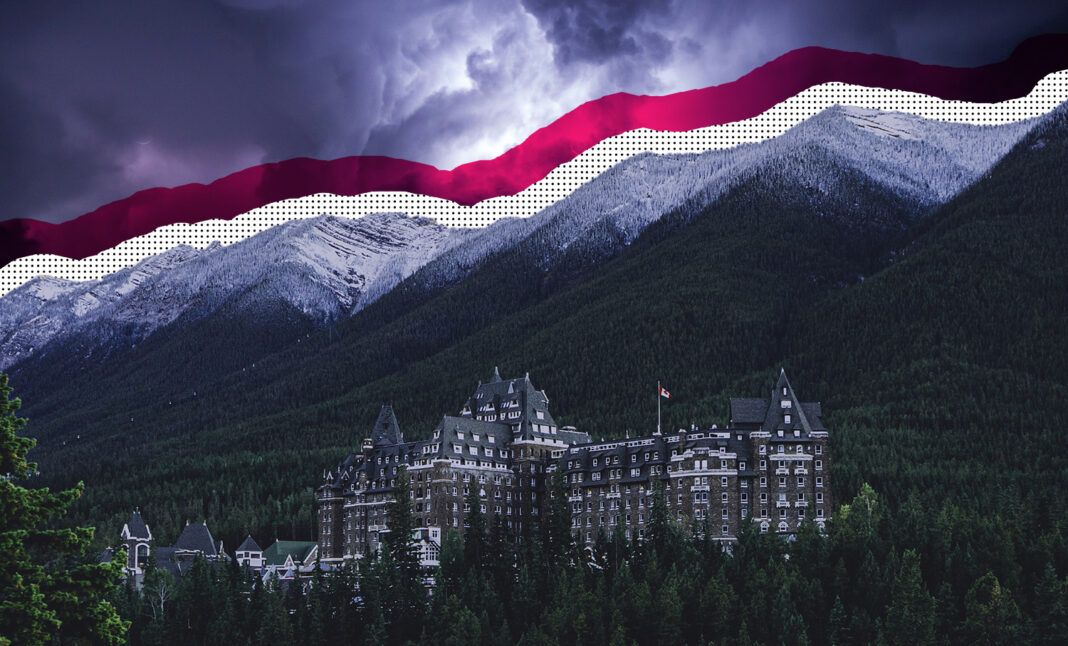 Spooky season is right around the corner and Canada has plenty to deliver for the horror lover in your life. Canada has its fair share of haunted places, ranging from castles to lighthouses, all with creepy ghost tales. If you’re up for a scary adventure, check out any of these locations. You’ll love the mysterious stories behind Canada’s most haunted places.

It might surprise you to know that Canada has a lot of castles – and a few of them are haunted! The most famously spooky castle with a ghost is the Craigdarroch Castle in Victoria, British Columbia. Wealthy Scottish immigrant Robert Dunsmuir built this castle for his wife and 10 children. The castle was built between 1887-1890 and is now a historic site. Visitors can come here to see a peek of what “privileged life in the 1890s was like.”

Of course, that’s not all visitors might see. Multiple people have reported seeing ghosts, including a maid, a little girl crying, and a woman in a white dress. Additionally, people often hear the piano playing itself!

So why is this castle haunted? Well, Robert Dunsmuir never actually got to enjoy the castle for himself, as he died one year before the construction was complete. At the time of his death, Dunsmuir was the richest man in British Columbia, worth approximately $15 million (or $432 million today).

It’s suspected that the woman is Dunsmuir’s wife haunting the home. She is usually looking out the windows – perhaps looking for her long-lost husband, who never got to enjoy his family home.

The Fairmont in Banff Springs, Alberta, is one of the most beautiful hotels in Canada. Shaped like a castle, this resort offers luxury accommodations and has a stunning backdrop of the mountains. However, most people don’t know that it’s also one of Canada’s most haunted spots.

The story here is tragic and we can understand why this ghost has been unable to move on from this location. This Fairmont is haunted by a ghost known as “The Bride.” Sometime in the 1920s, it’s said that a young bride was having her wedding at this Fairmont. As she was descending the stairs in her wedding dress, she was startled by something.

Unfortunately, this distraction caused her to slip, and she fell down the stairs to her death. Guests have reported seeing the ghostly bride on the stairs and in the ballroom. In fact, this story has become so inscribed into Canadian legend that the bride got a stamp and a 25 cent coin in 2014!

Another ghost that’s commonly seen around Fairmont Banff Springs is Sam the Bellman.  Honestly, if you’re going to be haunted, Sam is the nicest option. Sam was a real bellman at the hotel who passed away in 1975. It’s said that he loved his job so much, he still wanders the hall trying to help guests.

We’ve now progressed from castles to mansions on this haunted list. Today, the Keg Mansion on Jarvis Street in Toronto is one of many locations of this nationwide, popular steakhouse. However, back in the early 1900s, this mansion was the private residence of affluent industrialist Hart Massey and his family.

The story goes that in 1915 one of Massey’s daughters died in infancy. And, sadly, the maid in the house was so overcome by grief that she hung herself in the mansion. In other versions of the story, the maid kills herself out of fear that her affair with Massey would be discovered. Regardless of which version you believe, it’s clear the maid is still haunting the site of her death. People coming to this restaurant often claim to see a woman hanging by a noose!

Before this building was a dedication to Canada’s favorite sport, it was a branch of the Bank of Montreal. And, according to locals, this building is as haunted as it gets!

Legend says that a teller here by the name of Dorothy took her own life after she was rejected by the bank’s manager. And, it seems that Dorothy isn’t over her romantic downfall, as she still haunts this building to this day. Several people visiting the Hockey Hall of Fame have reported to hear and see a woman crying throughout the building. You may have come for some hockey memorabilia, but you might just get a lot more than that!

However, what travelers might not know is the dark legend behind this lighthouse. Many locals and visitors have claimed to see a woman in a blue dress standing over the cliffs as if she’s about to jump into the ocean. There are two versions of who this woman is. The first one claims that this lady had left her children behind in Europe. The other version states the woman and her kids were shipwrecked close to this shore and her children perished in the wreck.

Whatever version you go with, the story may start differently, but it ends with the same tragic conclusion. To cheer her up, the woman’s husband danced for her close to the cliffs. He fell on the slippery rocks and plummeted to his death. The woman, who couldn’t stand losing her children and husband, chose to end her life.

People swear these cliffs are haunted as they see the woman in the blue death return again and again to the place that caused her so much pain.

These are just some of Canada’s most haunted places by our research. We know there are a lot more ghosts and spooky tales across this vast country!