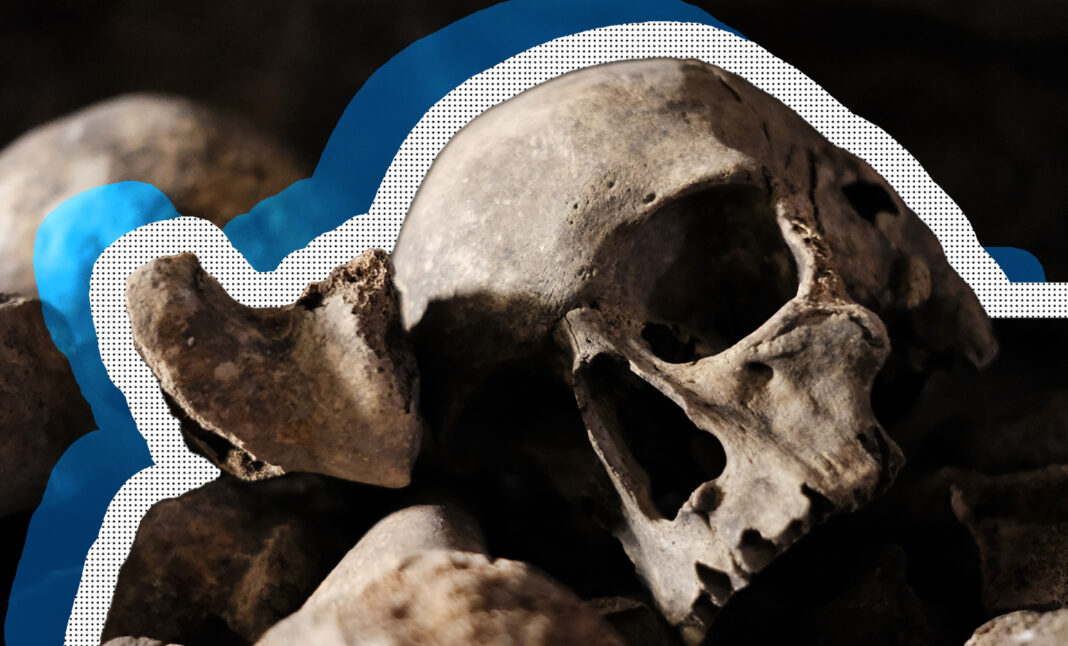 People have always been fascinated with dark stories. You can see that with the popularity of true crime podcasts, murder documentaries, and dark tourism. Dark tourism is the act of traveling to places where horrible incidents happened. And while dark tourism isn’t a new concept, it has seemed to have a significant revival in the last few years. Here is a list of the eight places where dark tourism is currently booming.

In 2019, HBO released a historical drama series on the Chernobyl incident. After hearing the tragic story again, everyone wanted to visit the dark tourism site for themselves. Almost immediately, a flood of people started visiting Chernobyl again.

In 1986, a nuclear power plant in Chernobyl exploded. This accident released up to 400 times the radiation created by the Hiroshima bomb. As a result, the nearby town of Pripyat was evacuated and the 50,000 residents have still not been able to return home today. (Although some have gone against the government’s advice and returned.) It’s unclear how many people died from this accident, but the estimate is anywhere between 4,000-200,000.

Today, people can visit deserted Pripyat and take tours. It’s quite an experience, with toys still on the ground at the playground, showcasing a city that feels like it stopped in time. If you go on a tour, make sure to read up on all the rules and safety advice beforehand. While tours are legal, you still have to be careful to ensure you don’t get radiation poisoning.

Pompeii is easily one of the most popular dark tourism destinations in the world. This historical site in Italy shows the aftermath of a tragic natural disaster. In AD 79, Mount Vesuvius erupted and buried the nearby town of Pompeii in volcanic ash. The ash preserved most of the village, so you can see people, pets, graffiti, and even food! You can walk through the site and get a glimpse into everyday life in ancient Rome. Pompeii receives approximately 2.5 million visitors every year.

Some dark tourism destinations aren’t just about entertainment but are about paying respect to lives lost. Nazi camp Auschwitz is exactly one of those spots. People from all around the world come here to remember all the lives lost during World War II.

Auschwitz was the largest concentration camp built by the Nazis. Approximately 1.1 million men, women, and children were killed here – and many more were tortured. Over a million people a year come to Auschwitz to learn about the horrors endured here and remember all those persecuted.

The 9/11 Memorial Tower is another place people visit out of respect. Most people can remember where they were when 9/11 happened. It’s a moment in time that forever changed the United States.

On September 11, al-Qaeda terrorists hijacked airplanes and drove them into the two towers at the World Trade Center. The incident killed almost 3,000 people and was the largest loss of life from a foreign attack on American soil.

When traveling to New York, many people go out of their way to stop at the 9/11 Memorial Tower. The memorial has two large reflecting pools to symbolize the spots of the Twin Towers.

The Titanic was thought to be the fastest ship built during its time. The ship set out on its maiden voyage from Southampton, England, to New York City, USA, on April 10, 1911. Unfortunately, the British luxury ship struck an iceberg and sank into the ocean in the early hours of April 15. There were approximately 2,224 passengers and crew on board and more than 1,500 died. To this date, it’s the deadliest peacetime shipwreck.

And, in the last few years, this dark tourism site has opened up for exploration! Today, Titanic enthusiasts can see the shipwreck for themselves with the excursion group OceanGate Expeditions. You can sign up for a week-long mission to deep dive and explore the Titanic. If diving is too much for you, you can book a submarine expedition instead!

This adventure isn’t for everyone as you have to be okay with the steep $125,000 per person price tag. But, Titanic lovers might be able to justify the price because the Titanic is currently being eaten away by bacteria and rust. It’s estimated that the ship will only be around for less than 20 more years. So, if you’re going to explore it, you have to do so soon!

Dark tourism often educates people on horrible monstrosities that have happened throughout history. From 1975-1979, under the rule of dictator Pol Pot, more than one million people were murdered in killing fields all around Cambodia. One of the most famous killing fields is Choeung Ek, Cambodia. Here, approximately 17,000 people were moved from the S-21 prison and brought to the field to be killed without “wasting bullets.”

People visit the Choeung Ek Killing fields to educate themselves on this genocide and remember the victims. The memorial features a large Buddhist stupa filled with the skulls of more than 5,000 victims, so it’s not for the faint of heart. It’s particularly difficult to understand how such horrible violence happened in such a beautiful, calm landscape.

During World War II, the United States dropped atomic bombs on two Japanese cities: Hiroshima (August 6, 1945) and Nagaski (August 9, 1945). The two bombs killed between 129,000-226,000 people and remains the only time a nuclear bomb has been used in war to this date.

During the attack, many buildings were impacted, but one building was completely burnt down. This building is known today as the Atomic Bomb Dome or the Hiroshima Peace Memorial Museum. When visiting this dark tourism site, travelers can see the devastating impact of the atomic bond and learn about the long-standing consequences of nuclear warfare.

In 1944, Rwanda was going through a horrible genocide. The government had declared war on anyone of Tusti descent and hired militia to execute them. Tutsis often would flee to churches and schools looking for refuge and hiding from the murderers. Unfortunately, this tactic was often a ploy to gather many Tutsis in one place for mass murders.

On April 18, a massive group of Tutsis had gathered at an unfinished technical college in Murambi. A mob of killers showed up, but the Tustis managed to fend them off by throwing stones at them. A few days later, on April 21, the killers returned with weapons and killed hundreds of people. In total, the Rwanda genocide is thought to have killed between 20,000-70,000 people.

The Murambi Genocide Memorial is one of a handful of memorial centers dedicated to remembering the Rwanda genocide. However, this location is quite controversial for its choice to preserve and display the skeletons of 848 victims at the site.

Dark tourism may get some criticism, but it’s important to understand that these places are around to educate people. It’s a way to remember history and learn from previous generations’ grave errors. Visiting these sites can be an act of remembrance and respect.