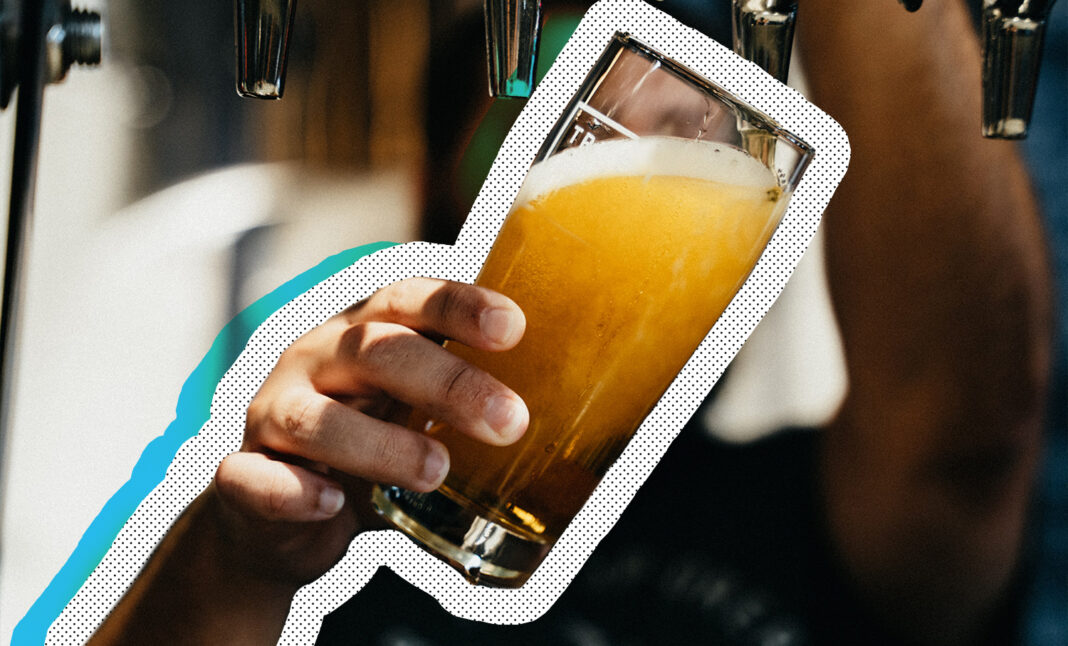 The Pacific West Coast is known for a lot of things, including excellent craft beer. If you come to Seattle, you absolutely have to check out some of the city’s fantastic breweries. There are over 170 breweries in Seattle, so it might feel overwhelming to decide where to go. Well, the good news is that we have the answers for you with this list of the top eight breweries in Seattle you should visit first.

Just about everyone in Seattle knows and loves Stoup Brewing. The brewery was opened in 2013 by three friends who love great beer. The brewery has won countless awards for its beer and is constantly coming up with something new.

Stoup Brewery now has two large, casual taprooms. Their original location is in Ballard, one of Seattle’s bustling brewery neighborhoods. Some of the regulars on the Stoup Brewing menu are their Citrus IPA, the Mosaic Pale Ale, and the Bavarian Hefeweizen. However, it’s their Robust Porter that has won the most awards. This porter has won eight awards year after year since 2014.

The Kenmore location has a fantastic food menu, so you can enjoy some fresh pizzas with your beer. If you’re at the Ballard location, you’ll find food trucks parked outside the brewery almost every night.

Reuben’s Brews is a family-owned brewery that’s been operating since 2012. The brewery is lovingly named after the owners – Adam and Grace Robbing – first child. Don’t assume that this family-run brewery can’t compete in the big leagues. In 2018, Reuben’s Brews was named one of the top 10 best breweries in the United States.

When you come by for food and drinks in The Taproom, you’ll find the brewery right in the middle of the tasting room. Beer lovers will always find something they like on this long tap list. Some of the most popular brews that have won Reuben awards are the Gose Sour, the Triumvirate IPA, and the Wolfsburg Helles Lager. Enjoy some time in the tasting room for a couple of glasses or fill up a growler to go.

Cloudburst Brewing is the perfect representation of Seattle beer. Most of the beers on tap are brewed in small batches, with inventive flavors that often include seasonal ingredients sourced from Pike Place Market.

The beer list is constantly changing, but we highly recommend Happy Little Clouds (a dry-hopped Pilsner) and the Mistakes Were Made (a smoked dark lager).

The two brewery spaces – Western Ave. and Shilshole Ave. – are both casual spots, typically offering around 10-12 beers on tap. Just a head’s up that the Western Avenue location only offers indoor seating Fridays to Sundays. Food isn’t served at either location and customers are encouraged to BYOF. The Shilshole Avenue location does have a food truck parked outside for a quick bite.

When you find yourself at Pike Place Market, it’s a Seattle tradition to stop at Old Stove Brewing for a quick beer. This lively and large brewery produces 20 craft beers onsite. There’s also a restaurant offering tasty food, so you can sit here for a while enjoying a meal and a few drinks.

Old Stove is continuously updating its brews, but our current favorite is the Two-Pronged Grown IPA. This brew won Gold in the 2019 Sip Best of the Northwest. This beer feels like the Pacific Northwest in a glass with complex earthy notes and dank Mosaic hops.

A close second is the Hell Hawk Stout. This stout is sweetened with local Theo Chocolate’s cocoa nibs and has vanilla and coconut notes.

Have a friend with a gluten intolerance? Or, just want to try something new? Ghostfish Brewing Company is the only brewery in Seatlle offering an entirely gluten-free brew and food menu. Ghostfish makes their beers with gluten-free malted grains like brown rice, millet, and buckwheat.

This brewery has won countless awards for its brews and we can see why – the flavors are amazing and make you question if you’re really drinking something gluten-free. Try the Shrouded Summit Belgian White Ale, which has hop flavors of mango, pine, and passionfruit. And, try the Peak Buster Double IPA, which won the gold medal for gluten-free beer in the 2017 Great International Beer, Cider, Mead & Sake Competition.

Holy Mountain Brewing is easily one of the most relaxing places in Seattle to grab a beer. Their taproom and beer garden is open every day and offers plenty of indoor and outdoor seating. This brewery takes a different approach to its brews, focusing on yeast-driven beers like farmhouse ales and Saisons. Holy Mountain Brewing does a secondary fermentation on almost all of its brews.

If you’re ready for a good time, consider trying their 11% brown ale. Named “King’s Head,” this 2019 release is a double oatmeal brown ale aged in bourbon barrels. The brew was fermented with a solid English ale strain and transferred to Kentucky bourbon barrels, where it continued to age for another 12 months. The result is a strong beer that punches you in the face with a smooth chocolate finish (in a good way, we promise).

Initially launched in 1980 as Pike Place Brewery, this craft brewery was one of a handful of independent breweries in Seattle – well before the craft brewery scene blew up. Now named Pike Brewing Company, locals come here for a great time and a fantastic hoppy IPA. Try the Space Needle IPA or the Pike IPA for a smooth glass that will go down fast.

Pike Brewing Company is home to two restaurants: The Pike Pub and seafood and oyster bar Tankard and Tun. Both restaurants focus on sourcing local ingredients and offering fresh, in-season menus that pair nicely with their handcrafted beers.

Standard Brewing originally opened in 2013 and quickly won the hearts of every beer lover in Seattle. Everyone comes here for good beers and a good time. The brewery is open every day from 11 am to midnight and serves beer, food, and even cocktails!

It’s honestly hard to just mention a few beers from Standard; they do everything on their taproom menu so well. We love the Old School Pale Ale and the Exile in the Hamptons DIPA. Make sure you come here hungry so you can enjoy one of their famous sandwiches with your beer!

Seattle has so many new breweries entering the scene all the time, so don’t forget to check out some of the new talents on the scene. Still, you can’t go wrong with these eight established breweries who can do no wrong in our eyes!

Need some food to go with your beers? Check out our 6 Best Takeout Options in Seattle.