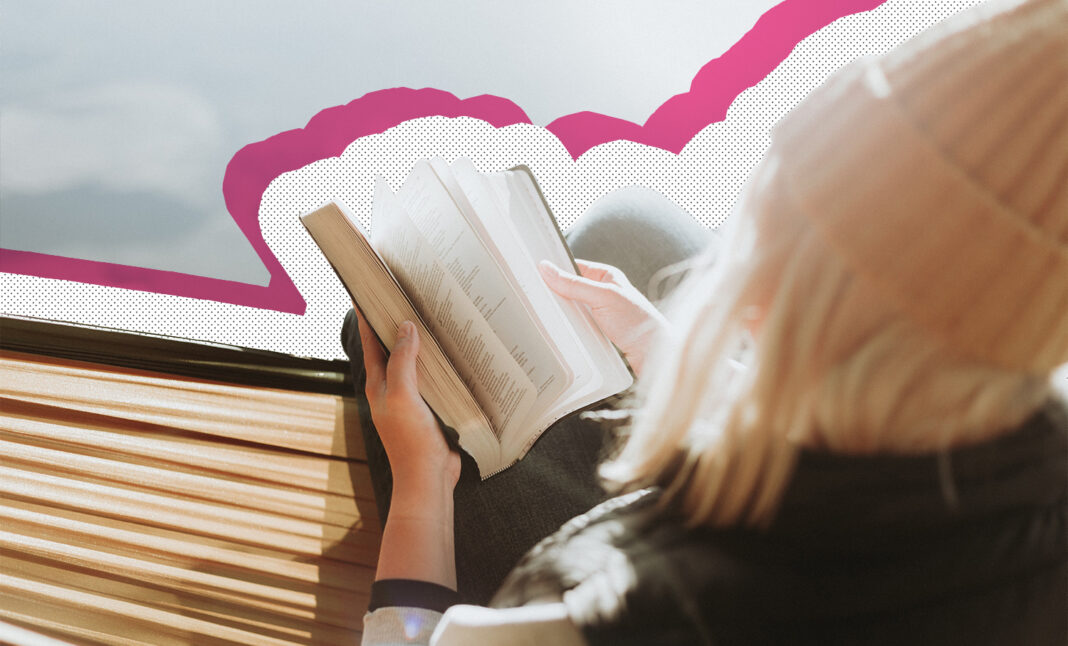 Most readers love a good romantic poem, and we don’t just mean poems about love and relationships. Any literature nerd knows that romantic poems – that is, poems from the romanticism movement –  are approachable yet dramatic, nature focused yet with tons of inward reflection. Some of the most well-known poems come from this movement, and for good reason!

The authors of this movement were inspired by gorgeous scenic locations all around England. Yet, when you look up romanticism locations in England, google autocorrects it to romantic locations, and that’s not cool! Thankfully, we’ve put together the perfect itinerary for any and all lovers of romanticism literature who are dying to see the sights in person.

Here are seven famous Romantic locations – and recommendations for what to read while you’re there. And if you’re looking for any extra inspiration to get you out there and traveling again, we’ve got all your literary inspiration right here.

1. The Lake District – “I wandered lonely as a cloud”

No Romanticism tour would be complete without a stop at the Lake District. This area of land was basically a Romanticism frat house where poets like Wordsworth, Coleridge, and Southey had permanent residences and others like Keats and Shelley visited for months at a time. In case that isn’t enough, the Lake District is also the setting of Ernest Hemingway’s 1926 novella The Torrents of Spring. It’s also mentioned in Jane Austen’s Pride and Prejudice when Elizabeth Bennet is on holiday with her aunt and uncle and is “excessively disappointed” that they cannot travel far enough to actually visit the Lake District.

Elizabeth Bennet may not have been able to visit the Lake District, but you still can! Visit Dove Cottage, the first Wordsworth’s family home, where he and his sister worked on some of their most famous poems, or try hiking near Aira Force Waterfall, the location famous for inspiring “I wandered lonely as a cloud”, complete with dancing daffodils and breathtaking views.

Extra suggestion: You can add a soundtrack by listening to Taylor Swift’s “The Lakes” as you hike around!

This stunning gothic masterpiece became a Romantic symbol of the sublime after Wordsworth wrote the poem “Lines written a few miles above Tintern Abbey.”

Touring the abbey is highly encouraged, but the actual poem was composed above. To truly relive the original experience, try out some popular hikes around the landmark. The Devil’s Pulpit is a popular choice with amazing views of the abbey, though it may be a bit difficult for the average hiker. For an easier choice, try the Whitestone Walk, which features viewpoints with benches engraved with quotations from the original poem.

The next stop on our itinerary is Somerset, an alternate home to Coleridge when he wasn’t wandering the Lake District. During his time here, Coleridge took daily walks that stretched over miles of stunning landscape.

Like other Romantic poets, he drew inspiration from the Nature around him. The spooky forest became “Christabel”, and the nearby harbor became “The Rime of the Ancient Mariner.”  Kubla Khan, debatably his most famous poem, was written here as well, though we don’t recommend trying his inspiration for this poem.

Extra suggestion: Also stop by Porlock on the way to Somerset to honor the infamous “Man from Porlock” that interrupted Coleridge’s composing of Kubla Khan and forever deprived us of the rest of the poem!

Winchester isn’t the place Keats lived the longest, but it is where most of his famous poems were written!

While staying in Winchester, Keats was known to take long winding walks (apparently long nature walks were the key to being a Romantic poet!).

If you time your visit right, you can even see the autumn trees and colors that inspired his poem “To Autumn”. The poem talks about letting good things come to an end, whether it be the season of autumn or Keats’ own life. Through this poem, he comes to accept his own approaching death (at 25 years old no less!) from tuberculosis.

It’s a beautiful snapshot of both the fall season and of the beautiful things in life, and you can appreciate it from the original source. Plus, it might help you come to terms with the eventual end of this super awesome literary vacation!

Okay, so this one’s not a poem. But if you don’t think Jane Austen belongs with Romanticism, think again! Besides, what literature nerd needs an excuse to visit important Jane Austen locations?

Chawton is one of the most notable locations from Austen’s life because she wrote, revised, and published a bunch of her novels while living here. During your visit, you can ooh and ahh over her personal jewellery, some first editions of her books, and the actual table where she wrote her novels.

Extra suggestion: Stop by some of the most famous buildings from movie adaptations of Austen novels! Try Wilton house or Chatsworth, the real life estates behind Darcy’s fictional Pemberley, or Stourhead Gardens where the first proposal scene takes place! We’re not saying someone will propose romantically(?) in the rain, but we’re not not saying that either.

You can’t have a vacation in England without going to London!

Romantic poets differed on their opinions of London. William Blake describes London as a sad, crushing city full of poor, miserable people. (But honestly, are we surprised that a Romantic poet prefers nature over city life?)

For a slightly more optimistic take on London, try the classic Wordsworth poem praising Westminster bridge, the bridge next to the Big Ben and the Palace of Westminster where British parliament meets.

Wordsworth acknowledges that it is a man-made spectacle, but insists that doesn’t make it any less grand and stunning. It also might have helped that he was there in the early morning before the hustle and bustle of city life began.

When you visit, you can decide for yourself if Blake or Wordsworth was more correct and enjoy some Romantic poetry on the way.

The last stop on our literary itinerary doesn’t disappoint!

The Cliffs of Dover – striking white chalk cliffs contrasted against the dark sea below – are famous for a reason. This location was featured as early as Shakespeare’s King Lear, but the Romantics loved it too.

Matthew Arnold’s poem “Dover Beach” was written near the end of Romanticism, but it’s basically the entire movement wrapped up into a neat package. In the poem, the speaker is inspired by the gorgeous setting and considers the sea and tide as a metaphor for the ups and downs of life. Nature – and life – can be dark and scary sometimes. But Arnold declares that as long as we have human connection – friendships, family, love – we’re all going to be okay.

Basically everyone should read this poem, preferably with a friend and even more preferably on the Cliffs of Dover themselves!

Have the most “Romantic” vacation of your life!

From peaceful beaches to magnificent forests, the Romantic poets were inspired by nature all around them.

It’s one thing to read their works and imagine, and another thing entirely to actually go and see the sights for yourself! Plus, traveling to these sites (and traveling in general!) can definitely expand your horizons and help you see Romantic ideas and concepts in a totally new light.

You might even get bitten by the inspiration bug and write some Romantic poetry yourself! Whether you’re gazing out over the cliffs of Dover or the Westminster bridge, this literary vacation will be one you’ll never forget.