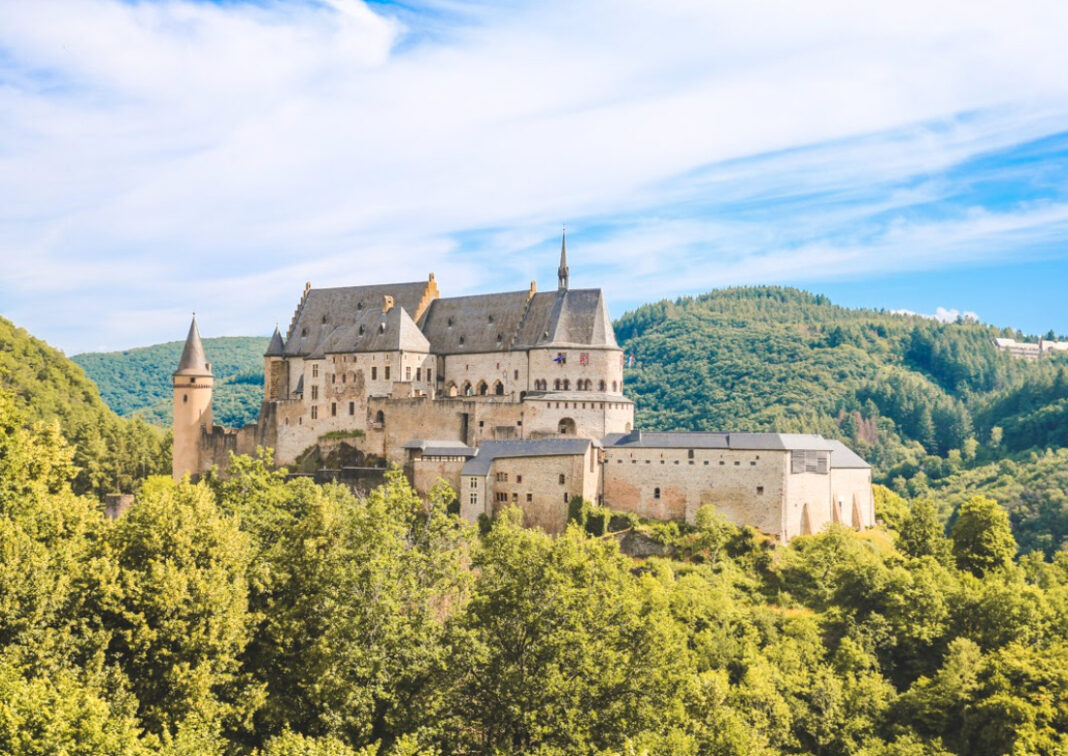 There’s plenty to do in Brussels, which is why it was rated one of the top 10 European cities to visit on a budget. But this city is also the perfect place to base yourself in order to explore the rest of Belgium (and Luxembourg). Belgium is a pretty small country and as Brussels is located right in the middle, there are a lot of options for a fun day trip. Whether you want to explore another city, spend the day hiking in nature, or visit more off the beaten path locations, here are 7 amazing day trips from Brussels.

This is probably the most popular day trip to take from Brussels, and it’s easy to understand why. Bruges is a medieval city that looks as if it comes straight out of a fairytale. There’s a lot to do here, from boat trips on the canals to climbing the Belfort tower and visiting some of the city’s many museums. You could also spend hours wandering around its cobblestoned streets. If you like beer, you’ll love Brewery De Halve Maan, where the city beer of Bruges is brewed.

The small town of Dinant is the place where Adolphe Sax, the inventor of the saxophone was born. It’s a picturesque city located by the river Meuse. Its citadel (that can be visited) is standing atop a high cliff that overlooks the city and it’s quite a sight!

Dinant can easily be combined with a visit to some of Belgian’s most beautiful castles. The town is just a 20 minute drive from Vêves Castle and Walzin Castle. The latter can’t be visited inside, but it’s a beautiful place to hike and enjoy wonderful views that overlook this enchanting castle.

Villers-La-Ville, a small Walloon town, is home to the ruins of the Villers abbey, one of the most beautiful ruins in Belgium. Its history dates back to the 12th century and this abbey used to be one of the most significant Cistercian ones in Europe. The site of the ruins is pretty big and you can visit places like the church, the pharmacy with its herb garden, the dining hall, the kitchens and more. It’s a perfect day trip for history buffs and ruin or photography enthusiasts.

The Hallerbos, which is also called the Blue Forest, is a magical forest located just a few kilometers from Brussels. This forest turns blue every year during spring. Millions of hyacinths then bloom and a beautiful carpet of blossom is formed. It’s a fairytale-like sight and a wonderful way to escape the city for a few hours. There are numerous walking routes in the forest and one of them follows the best paths to see the blue flowers.

Luxembourg, the country (there’s also a Belgian region with the same name) is just a 2 to 3-hour drive from Brussels, depending on where you’re going. It’s a fantastic destination if you want to spend the day in the countryside; after all, Luxembourg is famous for its scenic hikes and medieval castles. Some of the country’s must-see castles are the castle of Vianden, Bourscheid, and Beaufort. But Luxembourg is also a great destination if you feel like visiting another city. The country’s capital that goes by the same name as the country offers some picturesque viewpoints and old fortifications.

This is one of Belgian’s more unusual places. Doel is a ghost town that was abandoned in 1999. Nature is now slowly taking over this place that once counted more than 1,000 inhabitants. It’s pretty interesting to wander around the empty streets and admire the graffiti art on every corner.

But why did people leave Doel, I hear you ask? There were expansion plans for the harbor of Antwerp in the late nineties and Doel was a target for demolition, as it stood in the way. The residents could leave their house voluntarily in exchange for a payout but some residents refused to leave and, as a result, the government was never able to execute their plans to destroy the town.

The impressive caves of Han are located in the Belgian Ardennes, near the village of Han-Sur-Lesse. A tour of the caves will take you through numerous beautiful chambers under the ground. Some of these are huge and as you walk deeper into the caves, you’ll also see how the river Lesse streams underground.

A visit to the caves of Han can easily be combined with the wildlife park. This park with beautiful panoramas can either be visited by foot or by taking a safari bus. It’s home to 20 species of animals that live or used to live in this region.

Getting around and taking day trips in Belgium

Although Belgium has an extensive train and bus network, most of these places (except for Bruges and Dinant) are more remote and renting a car is the easiest way to get there. However, it’s still possible to get there using public transportation, it’ll just take a little more time.

We hope you enjoy your time in Belgium, and taking day trips from Brussels!

Love visiting places via the open road? Check out our guide to planning some of the best European road trips.