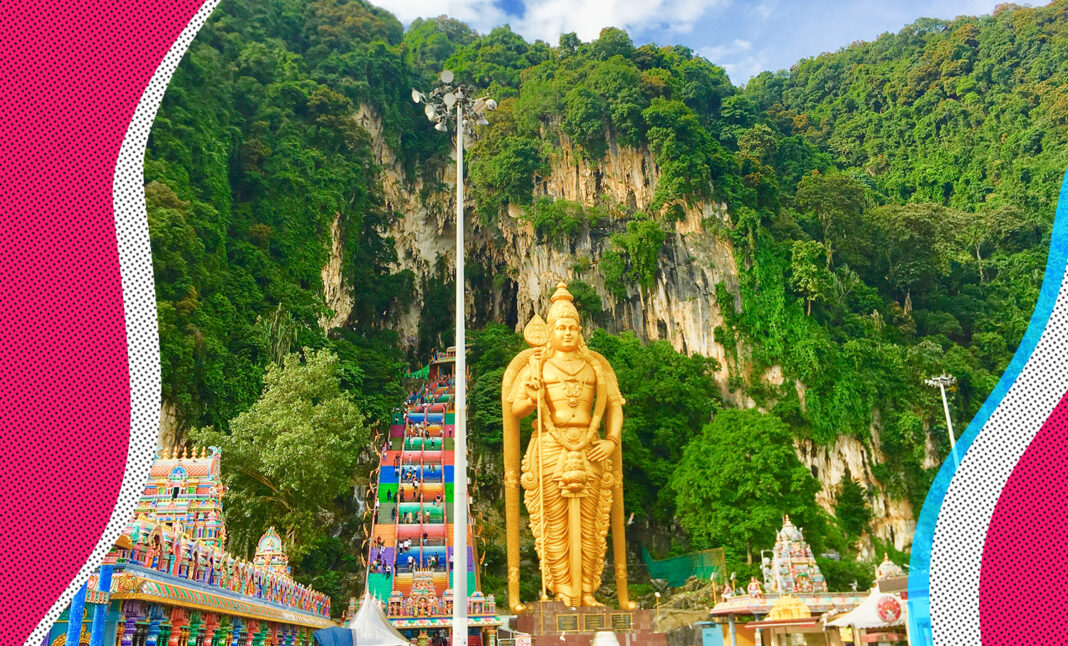 No trip to any country in Southeast Asia is complete without stopping at a handful of temples. There are thousands of religious temples throughout this region in honor of several religions. It would be impossible to list every impressive temple worth visiting. But, we’ve found the six that stand out to us for their beauty, history, and significance. Here are six temples you absolutely must visit in Southeast Asia.

Wat Pho is a Bhuddist temple in Bangkok, Thailand. This temple’s official name is Wat Phra Chetuphon Wimon Mangkhalaram Rajwaramahawihan. However, its more popular name is the Temple of the Reclining Buddha. Wat Pho has the largest reclining Buddha statue in Thailand, measuring 151 feet long and 50 meters tall. The temple has the most Buddhas in one place in all of Thailand – a total of 394 Buddhas across the four chapels.

Interestingly enough, the temple is also an education center. It’s one of Thailand’s national headquarters for the training of traditional Thai medicine, including Thai massages. If you want, you can even book a massage during your visit here!

The Batu Caves are a collection of caves and cave temples in Gombak, Selangor, Malaysia. These caves are one of the most visited Hindu temples in the world outside of India, honoring Lord Murugan, the Hindu god of war. The temple has a 42.7-meter golden statue of Lord Murugan at the bottom 272 stairs leading up to the cave temples. This is the largest statue of Lord Murugan in the world and quite an impressive sight. The caves are also incredible. Pockets of light shine through and illuminate just how massive these caves are. You immediately understand why this site became a place of worship when you see its beauty.

Borobudur is a 7th-century Mahayana Buddhist temple in the Magelang Regency of Java, Indonesia. This is the world’s largest Buddhist temple and has over 500 Buddha statues on location. The temple consists of nine platforms and a central dome.

This site attracts thousands of visitors annually as it’s a UNESCO World Heritage site and one of the most popular attractions in Indonesia.

Borobudur is a beautiful temple showcasing fantastic architecture dating back centuries ago. It also has a fascinating history. The largest Buddhist temple in the world was strangely abandoned in the 16th century. Over time, it was forgotten and covered in volcanic ash and jungle vegetation. In 1815, it was rediscovered and has been maintained ever since.

The Prambanan compounds are an 8th-century Hindu temple in Yogyakarta, Indonesia. Prambanan is made up of several temples, with the largest temple being a dedication to Shiva, the destroyer. On either side of Shiva’s temple sit two more temples dedicated to Brahma, the creator, and Vishnu, the sustainer.

The Prambanan compounds aren’t far from the Buddhist Borobudur temple, showcasing how Buddhism and Hinduism coexist harmoniously in Indonesia. You can even visit both sites in one day! The tallest temple in Prambanan is 47 meters high, and its peak can be seen from miles away.

This compound is one of the most beautiful, intricate Hindu temples in Indonesia with complex and astounding architecture. Prambanan had been lost and neglected for hundreds of years but was rediscovered by Dutch explorer CA Lons in 1733. Since its rediscovery, it has become one of Indonesia’s busiest and most popular temples.

Ulun Danu Bratan Temple, or the Floating Temple, is in the Bedugul region of Bali, Indonesia. This beautiful temple stands on the shores of Lake Bratan with a mountainous backdrop. Built in 1633, the temple is dedicated to Dewi Danu, Bali’s water, lake, and river goddess. The temple also has an 11-story shrine dedicated to the Hindu gods Shiva and Parvati.

The beauty and landscape of Ulun Danu Bratan is stunning. After visiting the temple, you can also wander through the botanical gardens on site.

Some would argue that we’ve saved the best temple for last. The Ta Prohm temple in Siem Reap, Cambodia, is unlike anything else on this list. The site looks like the jungle is swallowing it, and giant roots and dislodged decaying trees block off many of the corridors within the temple. Ta Prohm was in a scene of Tomb Raider (when Angelina Jolie picks up a jasmine flower and falls into the earth) and now has the nickname, “Tomb Raider Temple.”

Ta Prohm was built in 1186 as a Buddhist temple dedicated to the mother of Jayavarman VII. Inscriptions on the temple walls give visitors insight into this temple’s history. According to the writing on the wall, the temple housed 12,640 citizens, including being home to 18 abbots and 2,740 monks. The inscriptions also say that the temple required almost 80,000 people for its upkeep and 3,140 nearby villages helped to subsidize the sanctuary.

Ta Prohm is massive, so give yourself plenty of time to visit and explore all the delicate details around the site. You’ll love every minute of it.

Hopefully, you can make it to a least a few of these magnificent temples in your travels. There’s a reason these are top landmark destinations – it’s a wonderful way to experience local culture and history.

And, if you need more Southeast Asia travel inspiration, check out The 5 Best Off the Beaten Path Destinations in Southeast Asia.