Home » 5 Reasons Tourists are Flocking to Las Vegas this Summer

5 Reasons Tourists are Flocking to Las Vegas this Summer 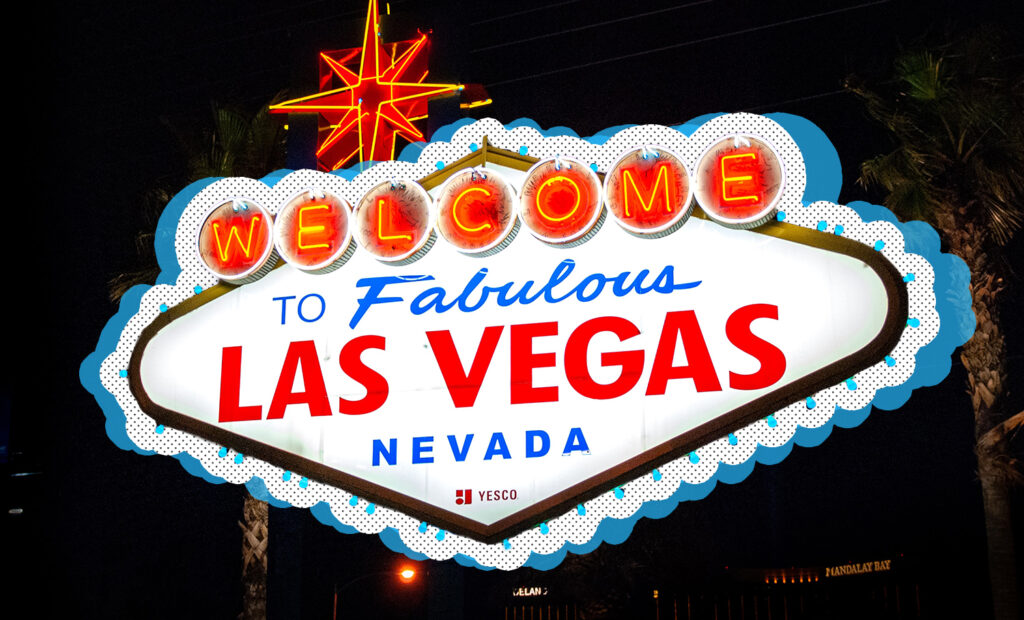 Las Vegas. Even just mentioning the city to a group of friends can cause a stir. Sin City was hit hard by COVID-19, with casino floors shutting down, hotels scrambling to set up new protocols, and a lot of money left on the tables. Overall, 2020 was a terrible year for Las Vegas. But there’s hope for optimism.

We recently spoke to Robert Bridel, the owner and Chief Travel Advisor of Fanda Travel in Las Vegas. Bridel has lived in Las Vegas for 22 years and understands the market better than most. Here’s what he had to say about the current trends taking place in the city.

“New and repeat visitors to Las Vegas are finding a newly reopened entertainment destination that has few remaining COVID restrictions (you must wear a mask if not vaccinated). There’s great value in terms of currently reasonable prices and expanding offerings. Add that to the expanded and reopening Vegas attractions including new resorts (such as Circa, Virgin Hotel of LV, and Resort World), expanded performances (such as expanded shows by Bruno Mars and Van Morrison), and the reopening of the resident shows such as Cirque du Solei. If gaming is not your thing and dining and entertainment is a sideline, many are attracted to the many local activities in and near Las Vegas such as the Grand Canyon, Boulder Dam, Red Rock State Park, and activities such as the Mob Museum, Neon Museum, and the Freemont Street Experience (with a nightly light show, live entertainment, and ziplining). When the average traveler considers the safety and open access to live fun and entertainment, great dining, activities, and shows in amazing resorts, Las Vegas is a natural attraction for people who have been in lockdown mode for the past 12-15 months.“

Among the reasons for the dramatic uptick in visitors to Las Vegas on the heels of the pandemic, Bridel had the following to say.

Bridel: I believe travelers perceive Las Vegas is recently fully open with few restrictions and relatively safe! As of June 1st, the Governor removed most of the COVID restrictions. If vaccinated, masks and social distancing are no longer mandated. If not vaccinated, one must wear a mask in public spaces, but capacity limits have been removed for Casinos, hotels, and restaurants.

Even T-Mobile Arena has had sellout crowds this past week on nationally televised Stanley Cup Playoffs between the Vegas Golden Knights and the Montreal Canadiens. I even attended an A’s Triple-A Baseball game Friday between the Aviators and the Reno Aces, at the Las Vegas Ball Park which was sold out at 10,000 attendees.

Bridel: The common perception of Vegas is that of a 3-to-7-day getaway that is moderately priced – and people accurately expect their Vegas vacation will offer many entertainment options. I am receiving more calls from inbound travelers wanting to know more about Vegas than ever before, including people new to Las Vegas.

Many couples and small to medium size groups are booking trips to both have fun together and at the same time truly go somewhere totally different from home and yet not so far from home! Recent calls included BFF groups, family gatherings, destination weddings, and honeymooner couples. One example is a group of five couples whose husbands are all truck drivers and they are all bringing their wives for a group Vegas getaway. Add the nationwide advertising for three new resorts and you can see why there’s a lot of interest. The recently opened Circa & Virgin hotels of Las Vegas (formerly the Hard Rock) and the 59 story Resort World opening this month bring many exciting new hotels, casinos, restaurants, and entertainers to the Vegas offerings.

Bridel: Vegas is seen as offering a wide array of things to do that provide exciting and unique experiences. We are seeing major shows expanding performance dates, the newly reopened Freemont Street Experience with live entertainers, sporting activities, and even off-strip activities such as local tours to the Grand Canyon, Lake Mead, and the Boulder Dam (just a few of the non-gaming attractions) for those either non-gamblers or those wanting a diverse experience. Just this week it was announced that both Bruno Mars and Van Morrison are both expanding their performance schedules in Vegas.

4. The dining options are endless

Bridel: Visitors are always amazed to learn that Vegas is perfect for foodies! Newcomers are now hearing about Vegas restaurant options for the first time. Even the once-in-a-lifetime buffet offerings are reopening, validated by today’s announcement that the Wynn Las Vegas Buffett will reopen for the July 4th weekend with 16 stations and with 8 imported Royal Palms from Southern Florida, placed at the entrance for the re-opening!

5. Conventions are back, plus a new transportation system

Bridel: Lastly, the reopening of the expanded Las Vegas Convention Center, the nation’s number 1 rated trade show destination, is starting to kick in action. Also a convenience to many visitors is the recently reopened Monorail system. It’s an elevated electric transit system that runs along the east side of the strip from the MGM Grand with seven stations at casinos for four miles to the Convention Center. Add that to the launch of the Boring Company’s underground transportation system, and you get a lot of excitement. Imagine the fun conventioneers will have zipping in Tesla Cars in a tunnel during their convention.