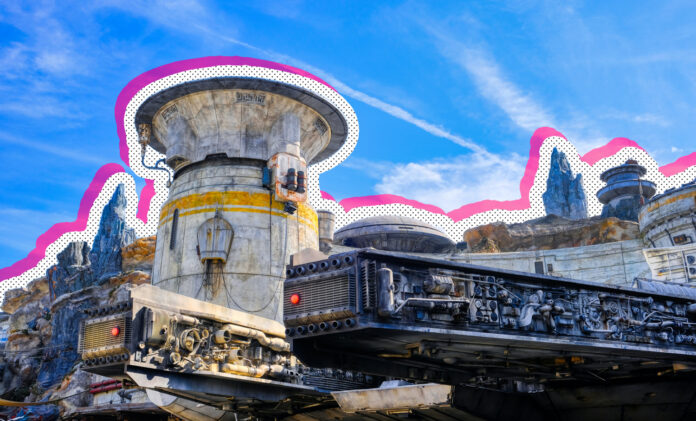 Every Star Wars fan or “Star Warrior” as they’re often called, knows that May fourth is Star Wars Day – May the fourth be with you, after all. In honor of this great celebration – and Star Wars in general – we’re bringing you the five places every Star Wars lover needs to visit. This list is a mixture of Star Wars-themed entertainment parks and actual filming locations, so there’s something for everyone!

Of course, the ultimate way to immerse yourself in everything-Star Wars is at the happiest place on earth.

Star Wars lovers can experience Disneyland’s “Star Wars: Galaxy’s Edge” in Anaheim, California, or Orlando, Florida. At either park, you’ll be able to fly the Millenium Falcon, join the resistance in a battle against the First Order, build a custom lightsaber, and design and activate your own droid. You can also drink the infamous blue or green milk that Luke Skywalker drinks. Lastly, you’ll get to see amazing props from the movies!

If you’re at the Anaheim location, we highly recommend going on the Star Tours ride at least once. If you’re in Orlando, these are the 10 best rides at Disney World.

Trust us, this experience will be everything you want it to be and more – kind of like the original trilogy!

You can visit the Star Wars Experience at Madame Tussauds in London, England, for the opportunity to come face-to-face with all your favorite characters. The experience features life-life wax figures of all the important heroes and villains of Star Wars Episodes I-VI.

The characters aren’t just lined up either; the showroom features the characters in the middle of their most epic scenes. You can see Qui-Gon Jinn and Obi-Wan Kenobi duel with Darth Maul, C-3PO and R2-D2 returning battered and a little bruised after their abduction by Jawas, Chewbacca at the controls of the Millennium Falcon, and a lot more.

Walking through these scenes will make you feel like you’re actually experiencing the movies firsthand!

If you’re in England and making a stop at Madame Tussauds, add this stop to your Star Wars adventure trip too! Elstree Studios in Hertfordshire, England, is a famous filming studio in England that calls itself the “birthplace of Star Wars.” This studio has filmed many incredible movies, including The Shining, Indiana Jones, and The Crown. But, it’s probably most well known for its role in Star Wars. The largest stage in the studio is known as the George Lucas Soundstage.

Six of the Star Wars films were made at Elstree Studios. In 1979 the studio added a new addition – Studio 6 – explicitly built for The Empire Strikes Back. Unfortunately, Studio 6 has been demolished, but you can still visit the studio that played such a significant role in the Star Wars franchise.

Check out the 2015 documentary called Elstree 1976 for a more in-depth account of the studio’s importance to Star Wars.

Take a visit to Redwoods National and State Park in California, and you’ll be transported to the Forest Moon of Endor, home of the Ewoks. Any Star Wars lover remembers the scenes in Return of the Jedi with the enormous trees that the hunter-gatherers roamed through.

Interestingly, this national park played a significant role in George Lucas’ inspiration for Star Wars – one that fans will recognize right away. This forest was home to many Native American tribes in the 1800s, including a tribe called Miwok. George Lucas modified their names to “Ewok” for his movies.

This national park and its amazing trees are beautiful on any given day. But it’s that much more magical when you realize you’re walking around the filming location of Endor – the gravesite of the Empire.

The Hôtel Sidi Driss in Matmata, Tunisia is the ultimate location that every fan should visit. The traditional-looking Berber home provided the interior shots for Luke Skywalker’s home on Tatooine. And while the hotel has gone through some renovations since the 1970s, it still mostly resembles the original scenes. Book a night here and it’ll be like you’re spending a night in Tattoine!

While you’re in Tunisia, you may as well check out the other locations that were used for filming. You can take a ferry from mainland Tunisia to the island of Djerba where you’ll be transported to the missile of Mos Eisley from A New Hope. The town has many buildings marked with a Star Wars stencil for tourists to easily spot filming locations. Next, make your way to the north of the town where the old fisherman’s hut that was used as Obi-Wan Kenobi’s but!

Lastly, you can make a final stop in Tozeur, Tunisia. Close to this town, you’ll find the dome-shaped building used for the exterior shots of the Lars homestead in A New Hope.

Tour Tunisia, and it’ll feel like you’re visiting the set of A New Hope – mostly unchanged even to this day!

Here’s your excuse to book a trip to one of these fantastic places. May the fourth be with you.

The 5 Best Cinco de Mayo Celebrations in the USA