20 Amazing Destinations to Visit in India 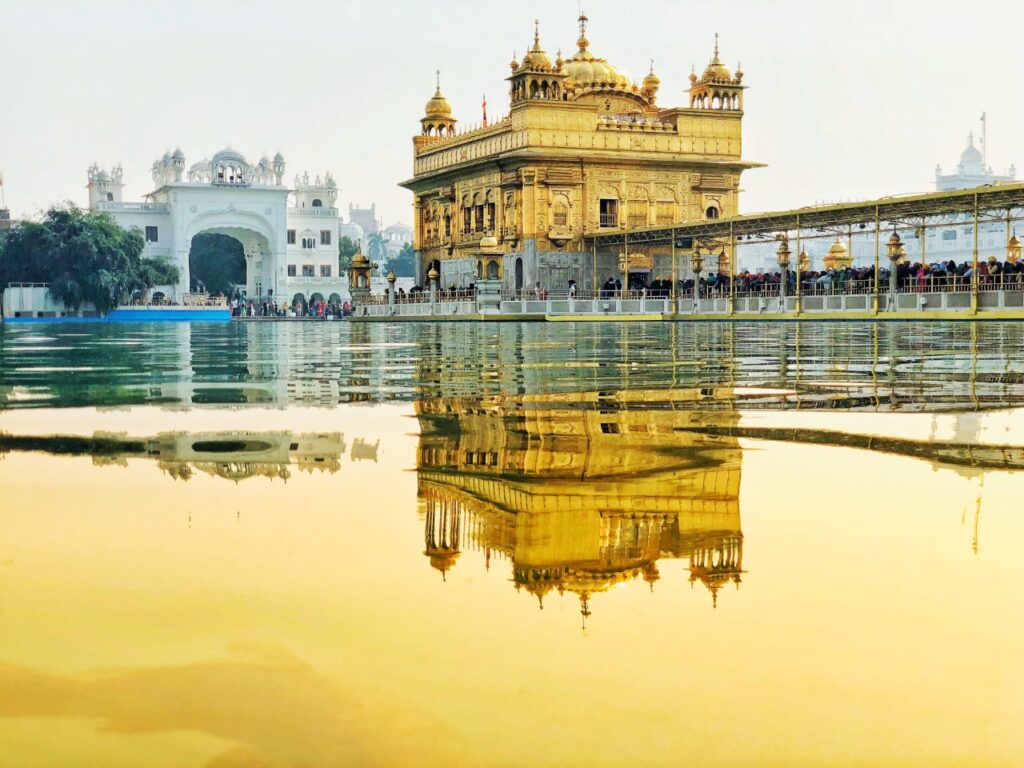 India is unlike any place on earth. From the frozen summits of the Himalayas to the sandy beaches of Goa, India encompasses an incomparable range of cultures, landscapes, and people. With deep religious, cultural and historic roots, sprawling cities, amazing architecture and arguably some of the best food in the world, India should be at the top of every traveler’s bucket list. There is so much to see and do in India it’s hard to narrow it down, but here are some of our favorite destinations in India.

The Taj Mahal is one of the seven man-made wonders of the world and simply stunning. Rise early to catch the sunrise over the Taj Mahal and miss the crowds.

Varanasi might be the most unique place on the entire planet. The holy city is the cultural capital of India and is chalked full of chaos and love. Varanasi is the place where many Hindus come to be cremated, along the Ganges River.

Rann of Kutch is where you will find huge salt plains in India. Make sure to visit at the right time of year (between November and February ) or you might show up to find it underwater. You can also experience the local life here and see how artisans make traditional clothing.

There aren’t many rhinos left in the world, but this park has worked hard to repopulate them and keep them safe from poachers. Here is your chance to get up close to this magical animal.

Jaipur is an enthralling historical city and the gateway to India’s most flamboyant state. It’s all about luxury, royalty, princes, elephants, and indulgence in the pink city.

Located at the foothills of the Himalayas, Darjeeling is known for it’s rolling tea fields. It has unforgettable mountain views, colonial-era architecture, Buddist monasteries, and a 140-year-old steam train.

This famous national park is the best place to spot wild tigers in Rajasthan. In addition to tigers, other wildlife viewings may include wild boar, deer, owls, bears, crocodiles and more.

Known as the Venice of the East, the city of Udaipur has elaborate palaces, serene lakes, exotic temples and countless narrow, crooked, colorful streets. The romantic city is small and wraps around four lakes with Lake Pichola being the most popular.

The biggest draw to Jaisalmer is the Golden Fort, a massive sandcastle rising from the sandy plains, and the camel safaris. Here you can spend a couple of days riding camels in the desert and sleeping under the stars.

Jodhpur is a magical blue city in the middle of the desert with a giant fort overlooking it. Palaces are scattered throughout the city, elephants, and camels can be seen wandering down its narrow streets, and although it is very populated, it has a wonderful smalltown vibe.

Sikkim is nestled into the Himalayas on the East side of India, all the way up by Bhutan and Nepal. The views are out of this world and you can visit Monasteries, trek, raft, or just stroll around in the cute little town.

Kashmir is known for its enthralling beauty and is rightly nicknamed ‘Heaven on Earth’. With its picturesque lakes, striking fruit orchards, lush meadows, and captivating valleys enclosed with snow-covered peaks of Himalayan – Kashmir seems to have directly made its way out from a picture postcard.

Leh is said to be the most beautiful place not just in India, but in the world. It is a must-visit destination for nature lovers and people seeking peace and serenity away from the busy cities. You can trek through the snowy mountains, see crystal clear glacial lakes, or go on a safari to try and spot a snow leopard.

Pristine backwaters, coconut fringed beaches, rejuvenating Ayurvedic massages, and colorful festivals are just some of the reasons to visit Kerala. Tucked between the Arabian Sea and the Western Ghats, Kerala has been blessed with immense natural beauty.

One of the most epic places to visit in India is Hampi, hands down. Ruins of this ancient city with its number of strikingly beautiful monuments, temples and palaces still tell you the tales of grandeur and magnificence of the Vijayanagara rulers.

Mysore is one of South India’s most enchanting cities, famed for its glittering royal heritage and magnificent monuments and buildings. Its palace, a World Heritage site, brings most travelers here, but Mysore is also rich in tradition, with a happening bazaar district that features spice stores and incense stalls.

Known for their picturesque beauty with pristine beaches, blue waters and flourishing forests, the Andaman Islands are a group of more than 500 shimmering islands tucked in an infinite expanse of the Bay of Bengal.

Also known as the ‘abode of clouds’, Meghalaya is a hidden gem nestled in the pine-covered hills in the Eastern Himalayas. One of the most picturesque states of North East India with its lush terraced slopes, gushing waterfalls, mystic caves, dense forests and sparkling lakes and rivers, Meghalaya is an ideal holiday destination in India for trekkers, cavers and nature enthusiasts.

Home to the world’s largest mangrove forests and inhabited by royal Bengal tigers, Sunderbans is one of the most famous offbeat places to visit in India. Situated on the River Ganges, the mangrove forests are home to unlimited species of other wild animals, reptiles, and birds. It is a top destination for adventure buffs, nature lovers and bird watchers from across the globe.

The bustling capital of India is a mix of age-old cultures and present-day modernization. The city is full of heritage monuments, teeming bazaars, and mouth-watering street food. Its new-age features include sprawling boulevards, high-end shopping complexes and luxury hotels and restaurants.