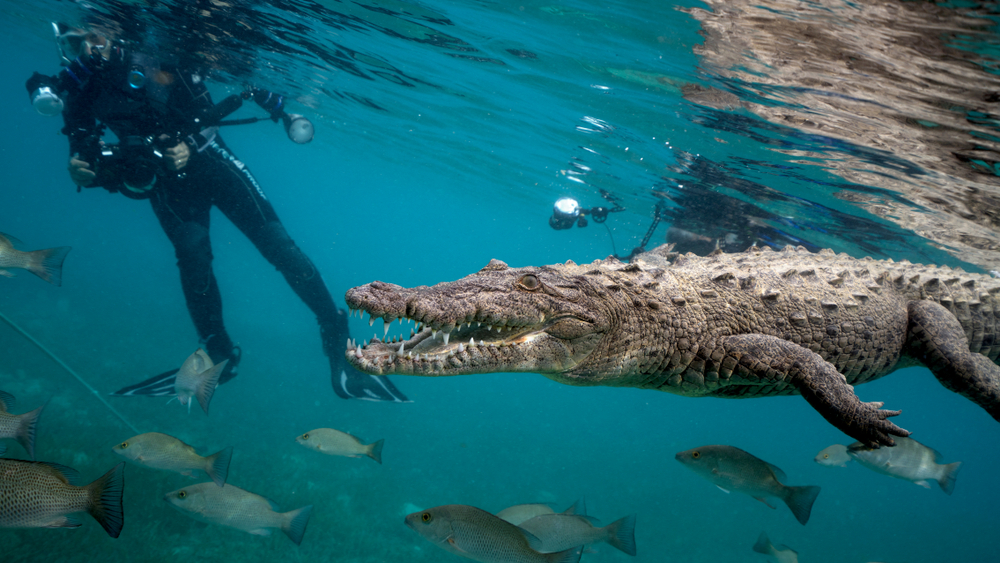 Are you looking for a travel adventure with a little more epinephrine than the usual? If you answered yes, you’re in luck.

We have scoured the globe seeking out some of the most death-defying, hair-raising, and mom-disapproved adventures to fulfill your inner adrenaline junkie.

11. Scuba Dive With Crocodiles in Botswana (What!?)

Why wouldn’t you want to go scuba diving with nature’s most vicious predator? Serve yourself up as potential dinner in a wetsuit with Big Animal Expedition and experience this once-in-a-lifetime rush you’ve been craving.

This 50+ day ski excursion is not for the faint of heart. If you are up to it, The Polar Explorers will guide you through the infuriating maze of ever-shifting pack ice to make it to a place where few people will ever have the strength or resolve to see.

Trade your iPhones and Postmates to live the Nomadic life in rural Mongolia for a few weeks. You will live in a Nomad’s ger (a home that is fast and easy to assemble and disassemble), ride horses, learn archery, and even hunt your own food. You’ll want to channel your inner Genghis Khan to persevere through this one.

8. Kayak Down The Waterfalls of Chile

You haven’t lived until you’ve paddled straight down one of the world’s greatest whitewater anomalies…right?

The view from the highest bungee in the world captures all the magic and tranquility of the Bloukrans River Valley. However, there is nothing tranquil about throwing yourself almost 700 feet from a bridge, which is exactly why we’ve included it on this list.

6. Swing From Canyon to Canyon in New Zealand

If all of your friends jumped off a cliff, would you? Well, yes…

5. Board Down the Volcanoes of Nicaragua

Race down an active volcano? Did we hear this correctly?

During this adrenaline-pumping adventure, you will climb 728 meters up the Cerro Negro volcano only to speed back down in about 3 minutes. Try your best to avoid the sharp volcanic rocks, though that scar would surely give you bragging rights for life.

4. Camp Out In Antartica

Why would you go camping in Big Sur when you could go to the coldest, driest, highest and windiest continent in the world? Take the risk and encounter a world where Mother Nature creates the rules.

3. Take a Jetpack Ride In Dubai

Move over, Tony Stark! There’s a new Ironman in town, thanks to Jetman Dubai and Emirates. It’s your time to literally fly.

2. Ice Climb Up The Volcanoes in Ecuador

Already considered one of the most dangerous recreational activities ever, International Alpine Guides takes it to the next level and helps climbers up the highest volcano in the world.

1. Mountain Bike Down The Death Road in Bolivia

Bikers will descend 12,000 feet from the snow-covered mountain ranges down to the Amazonian jungle, but don’t be fooled by the picturesque descriptions of your journey — it’s called “Death Road” for a reason!