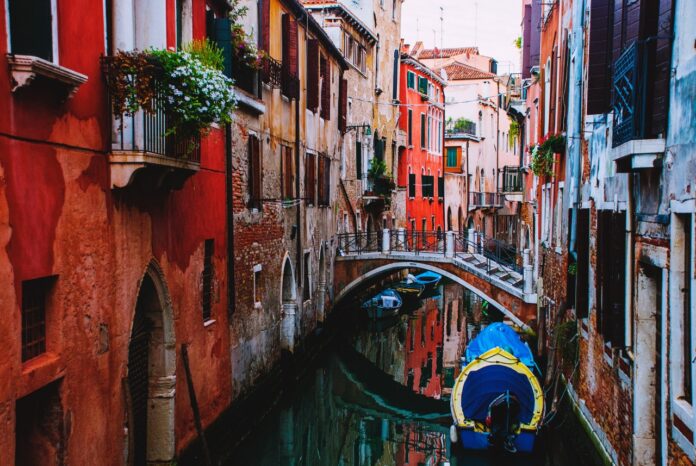 Self-isolating can be…isolating. Especially for those of us who love to explore, to travel, to meet new people and try new things. Whether you’re at home with family or by yourself, we’d recommend trying to explore the world from your home as much as possible. Read books that take you to distant lands, create dishes from countries with cuisines that you can’t get enough of, and binge-watch these TV shows that can show you the world in under an hour.

In our opinion, this is the greatest travel show ever made. Ever.

Anthony Bourdain is a legend, and we miss him dearly. He’d be a welcomed voice amidst the chaos happening in the world right now. While we loved watching his previous series like No Reservations and The Layover, Parts Unknown is truly where he was given the most creative agency to be himself. We just read the new book “Anthony Bourdain: The Last Interview” where he made it clear that CNN gave him complete control over the show. Watch him discuss food, politics, religion, and culture as he travels to the far corners of the earth to share experiences with locals.

How should you watch after seeing the greatest travel show ever made? With the greatest cooking series made, of course. Chef’s Table introduces viewers to one extraordinary chef every episode, and their stories are some of the best in not just the culinary world, but in television as a whole. This show takes you around the globe and is masterfully produced – we have no idea how they find such amazing stories. Start by watching Dario Cecchini’s episode from Tuscany (season 6 episode 2) and you’ll see what we mean. You’ll have a flight booked to his restaurant in 2021, guaranteed.

It’s a few years old now, but this is still one of our favorite travel series for one main reason: It’s real. Really real. There’s no big production team to make the shots look nice, there’s no pre-vetted restaurants or storylines. This is just three guys (one behind the camera and two in front of it) traveling the world over the course of a couple of years.

Where to watch: Amazon Prime

Samin Nosrat’s inquisitive nature is what makes her such an amazing host for another of Netflix’s incredible series. In Salt Fat Acid Heat, she takes viewers to Italy to discover a new world of cheeses, Japan to uncover how soy sauce is made, and so much more. By the way, Nosrat’s cookbook with the same title is equally as fantastic.

This is one of the most brilliant series of all time. It opens you up to the world as you’ve never seen it before. We want to make sure we mention all of the other great series from Planet Earth, as they’re all fantastic. Special shout out to Planet Earth II which features some of the most amazing wildlife chases ever captured on film. How they do it we still don’t know.

Chef David Chang has become world-renowned thanks to his delicious restaurants and famous Netflix series which include Ugly Delicious and Breakfast, Lunch & Dinner. Both shows are worth mentioning. They take you to faraway places and introduce viewers to new cultures. Ugly Delicious focuses on one type of food and how it’s prepared differently around the world, while Breakfast, Lunch & Dinner shows you four locations (Vancouver, Marrakesh, LA, and Phnom Penh) and the best food to eat in each city.

This is our favorite comedy on the list. Conan O’Brien travels to faraway places including Cuba, Korea, Mexico, Haiti, Israel, and our personal favorite episode: Italy. He looks at the world just as you’d expect Conan to, with a sense of humor.

8. Restaurants On The Edge

At first, we thought this show might be a bit gimmicky, as it’s pitched in the trailer as being a restaurant makeover show for struggling businesses in beautiful locations. We were very wrong. This show is Queer Eye meets Kitchen Nightmares, featuring some of the most beautiful destinations in the world. You’ll get a sense of wanderlust in every episode.

This is another beautifully shot food series from Netflix, made by the same people who produce Chef’s Table. The show takes you around the world and introduces you to some of the most delicious, odd, and innovative street vendors. You’ll drool over the food coming out of these stalls, and their stories are just as interesting as their food.

This Beautiful Journey: A Film By Rohini Chandra

Top 10 Things To Do In Athens