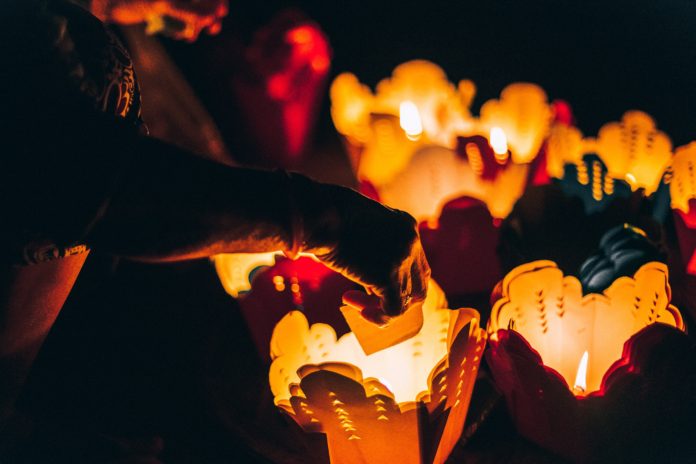 Hanoi, Vietnam’s capital city, has seen a surge in popularity amongst tourists in the past decade. As more and more people learn about the rich history and culture of this area of the world, the more interested and excited visitors it attracts. From legendary temples to traditional street food, this beautiful and bustling city has so much to offer. Pack your suitcase and locate your passport, here are ten things to do in Hanoi.

Thinking about taking a trip to Hanoi? Explore the Backpacking Through Vietnam Facebook Page.

1. Visit the Temple of Literature

Anything scream “i’m not from here” more than a podcast tour and a camera bag over the shoulder?

The Temple of Literature was founded in 1070 by Emperor Ly Thanh Tong. Dedicated to Confucius, the temple was the site of Vietnam’s first university. For years gifted students studied Confucianism, literature, and poetry under the temple’s roof. Now you can go to pray for good grades while checking out the five courtyards, numerous gardens and ponds, and the beautiful building itself.

Another temple worth visiting while in Hanoi is the Bach Ma Temple, the oldest temple in the city. It was built by Emperor Ly Thai To in the 11th century after a white horse guided him to the site, which is why he chose to construct the temple in that area. Inside, you’ll find a statue commemorating that white horse.

3. Grab a drink at the Hanoi Social Club

Retro cafe and the gathering place for many artists and creative individuals, Hanoi Social Club is the place to be in the city. The decor is eclectic, the atmosphere is fun, and the food is top-notch. If you’re craving a cup of coffee or a cool drink after a long day, this is the spot for you. They also put on regular gigs and events, so there’s always something exciting happening here. Check out their Facebook page to learn more.

The Heritage House is a restored property, originally the home of a merchant, now decorated with incredible furniture and boasting two courtyards. The building is beautiful and showcases many traditional design elements not seen in Vietnamese homes today, like high steps between rooms to stop the flow of bad energy.

5. Check out the Vietnam Museum of Ethnology

Into this ➰ curve. ? @johnshaugh. Add #Curbed to your best photos of architecture and interiors, and we'll re-gram our favorites.

Learn more about the ethnic minorities in the country by visiting the Vietnam Museum of Ethnology. The displays feature tribal artifacts, art, and examples of traditional village houses. There’s usually a calligrapher or craftsperson at work, creating jewellery or baskets that are for sale at the museum, so you can see how the beautiful pieces are made before picking up a souvenir.

6. Spend an evening at the Binh Minh Jazz Club

Jazz night with buddies. We will never know what's gonna happen in the future, so just try your best to relax, enjoy the moment, and live. And be thankful that you have good friends to enjoy best moments with you ? #instagood #citygirl #dailylife #hanoi #vietnam

The nightlife in Hanoi is renowned for a reason, hotspots like Binh Minh Jazz Club are creating a buzz. People come from all over to see what happens in this city after dark. The Binh Minh Jazz Club is hidden behind the Opera House, and once you find it you’re in for a fun night of eating good food and watching great jazz music, performed by local and international acts. Admission is free, but the venue fills up fast.

Cha Ca is a delicious dish made with Vietnamese fish, turmeric, and dill. It’s served all around the city, but the highest rated place is Cha Ca Thang Long, a modern and simple restaurant with a friendly staff and welcome air-conditioning. You cook it all yourself, first by getting the fish nice and tender, adding dill, spring onions, and herbs, and mixing it with rice noodles, chili, peanuts, and fish sauce. You’re in for a treat.

The Hoa Lo Prison Museum is all that is left of the historic Hoa Lo Prison. It is said that American prisoners of war nicknamed this jail the ‘Hanoi Hilton’, many of whom were pilots who were incarcerated during the American War. The prison was used up until the mid-1950s, although it was never very successful as many prisoners escaped by squeezing out through the sewer gates.

9. Take in a show at the Thang Long Ca Tru Theatre

If you’re interested in checking out traditional Vietnamese music, the Thang Long Ca Tru Theatre holds concerts in an intimate and well-restored house located in the Old Quarter. These concerts showcase a selection of around 100 ca tru melodies, music that is indigenous to the north region of Vietnam. It’s a great way to take in the area’s rich culture.

A famous legend depicts an emperor who was sent from heaven with a magical sword to banish the Chinese from Vietnam, who then lost his sword after the war when a giant golden turtle grabbed it from his hands and dove into a lake to return the sword to its heavenly owners. Hoan Kiem Lake means the Lake of the Restored Sword, and this legend has made the lake into a magical place, visited by many.

The 5 Best Cinco de Mayo Celebrations in the USA