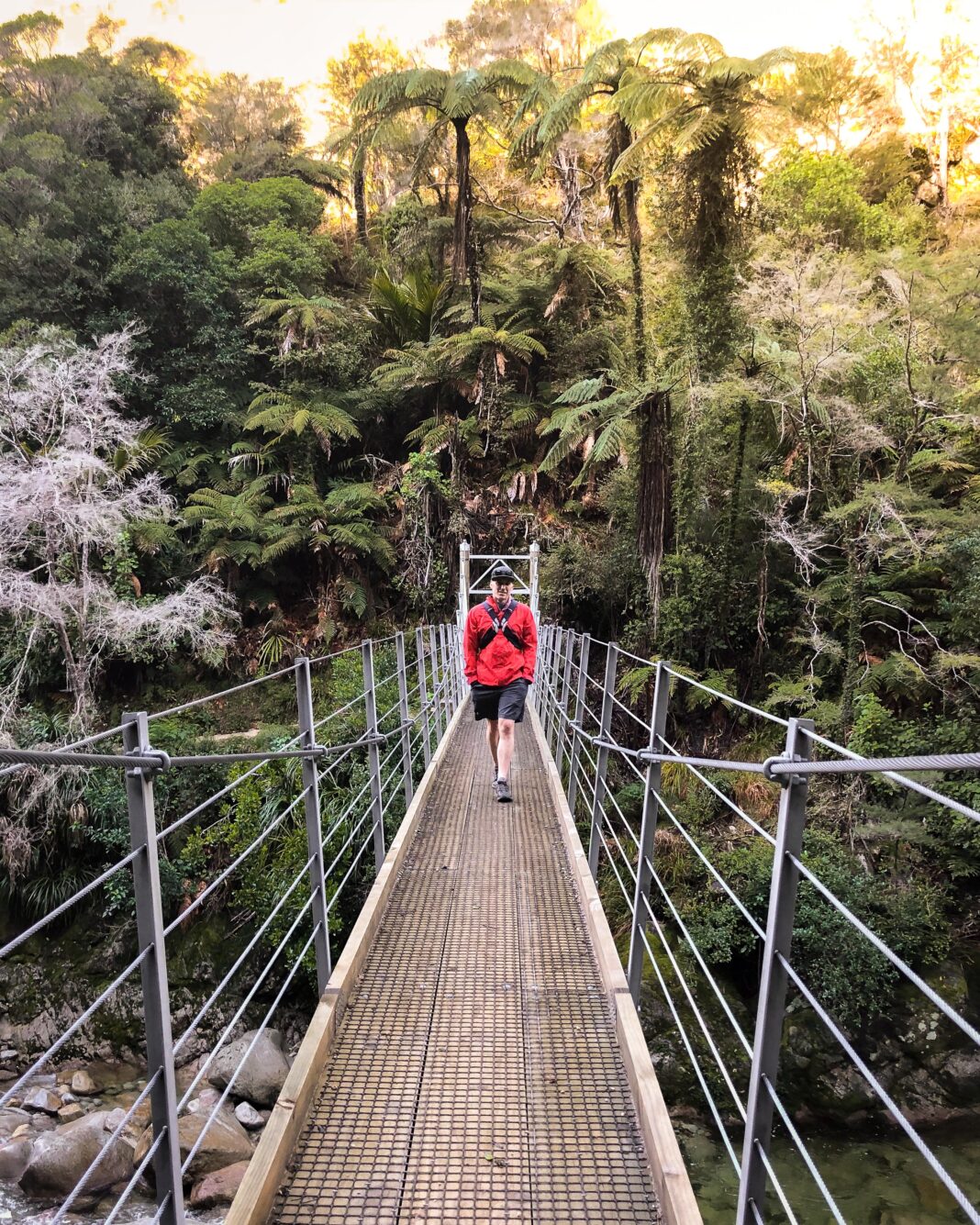 Te Waipounamu, also known as New Zealand’s South Island, is one of the most humbling places on this beautiful planet of ours. From the stunning Southern Alps to the towering fjords and abundance of wildlife, it’s easy to be constantly reminded of the beauty that comes with a deep connection to the land we live on.

Popular amongst travelers young and old, here are 10 places that you won’t want to miss on your next adventure to this dreamy place. Prepare to be blown away!

Any trip to New Zealand’s South Island would be amiss if it didn’t include picturesque Queenstown. Nestled in the shadows of the famed Remarkables and along the shores of Lake Wakatipu, the city is commonly known as the adrenaline capital of the world.

Sure, their claim to fame is the world’s first bungee jump, but don’t worry. If strapping yourself to a cord, crossing your fingers, and plunging deep into a gorge isn’t your thing, there’s still plenty to do!

Take a short hike (or tramp as it’s known in New Zealand) up the Tiki Trail to the top of the Skyline Gondola. It’s here where you can soak up the sweeping views of the town down below while sipping on a warm flat white.

Pro-Tip: Wake up early, grab a warm cup of honey, ginger, lemon tea from Vudu Café, a pastry from Fergbaker, and wander around Queenstown Gardens in the morning light.

Let’s clear this up right away: Slope Point is nothing more than a yellow sign sticking out of the ground on a cliff above the South Pacific Ocean, but it’s the significance of this landmark that makes it so worthwhile.

Look at a world map and imagine yourself standing at the southernmost tip of New Zealand, staring out at some of the roughest seas known to man and directly towards Antarctica; the ultimate “final frontier” on the planet.

Slope Point allows us to live out that vision. It’s less about the physical spot and more about imagining the possibilities that lay to the south across the expansive ocean. Just make sure to layer up and pack a windbreaker as windy doesn’t come close to doing this place justice!

Tucked away along the island’s secluded West Coast, the tiny stopover village of Punakaiki is best known for its collection of limestone formations and blowholes.

Visitors can get up close and personal to these 30-million-year-old “Pancake Rocks” by taking the short walking track. It’s easy to see how these formations came to be as the rough sea is constantly eroding the coastline.

Aoraki National Park is home to one of the most popular and photogenic hikes in all of New Zealand: the Hooker Valley Trek.

It’s family-friendly and winds its way through spectacular scenery, over cable bridges, along rivers, and deposits hikers at the base of Mt. Cook, the tallest mountain in the entire country (3,700 meters). In the winter, the lake is filled with stunning icebergs of various sizes.

No, the Hooker Valley Trek isn’t the only hike in this expansive national park, but it is certainly one you won’t want to miss!

Kaikoura is one of the rare places in the world that truly has it all, so whether you prefer mountains or the ocean, rest assured there’s something for you here.

The town is most well known for the resident pod of sperm whales that reside off of the coast, making it one of the top places to whale watch. There’s nothing quite like spending an afternoon out on the shimmering water with dolphins chasing the wake, all while the sun sets behind the Kaikoura mountain range.

Lacking confidence in your sea legs? No problem! Take a stroll along the Kaikoura Peninsula Walkway to view the town’s colony of fur seals instead.

Famous for being regarded as the 8th Wonder of the World by Rudyard Kipling, a visit to the Milford Sound will surely leave you speechless.

The drive to reach the boat launch is spectacular in its own right as the road carves through Fjordland National Park. With cascading waterfalls and hiking trails aplenty, be sure to take your time and soak it all in.

By far the best way to experience the Milford Sound itself is to book a round-trip cruise out to the Tasman Sea. It can be overwhelming with the number of choices from various companies, but just remember that as long as it gets you out on the water it will be worth it.

Pop quiz: What do you get when you combine lush rainforests, golden beaches, calm seas, and rushing waterfalls?

The park is most well known for the Abel Tasman Track, a 60km path that winds its way along the pristine coastline, however, several shorter hikes can be found here as well including Wainui Falls.

Visiting in the summer? Hike to the top of the picturesque Roy’s Peak. Are winter months more your speed? Strap on the skis and make some turns at Treble Cone Ski Area. Even rainy days are perfect here, being the optimal time to hop between cozy coffee shops along the lakefront street.

Long story short, there’s something in Wanaka for every person during any weather.

Despite the endless possibilities, the town is most famous for That Wanaka Tree; a widely photographed piece of nature standing tall in the frigid waters of Lake Wanaka.

Iconic as a UNESCO Dark Sky Reserve, Lake Tekapo gets its name from the surrounding turquoise waters. Even a simple walk through town is stunning with the spectacular Southern Alps dominating the horizon.

A photographer’s haven, the Church of the Good Shepherd makes for the perfect night sky shoot while hiking to the top of Mt. John’s Observatory yields unparalleled 360-degree views of the village below.

Rainforests and glaciers. It sounds like an oxymoron, right? Those two things can’t possibly co-exist.

Spoiler alert: they do and Franz Josef and Fox Glaciers along the South Island’s western coast are the only two in the entire world.

The narrow paths through the lush forests eventually yield to expansive ice-carved valleys and ultimately lead hikers to the terminal faces of these famed glaciers.

The more adventurous souls can opt for tours from the air or join a glacier-walking expedition to get up close and personal.

Whether your trip consists of conquering peaks, trading in land for sea, or merely soaking up the views from the road, there’s truly an adventure to be had for everyone. Take the lead from the local Māori culture and remember: we as people are guardians of the soil and water.