Home » 10 Places Every Whisky Lover Needs to Visit in Scotland

10 Places Every Whisky Lover Needs to Visit in Scotland 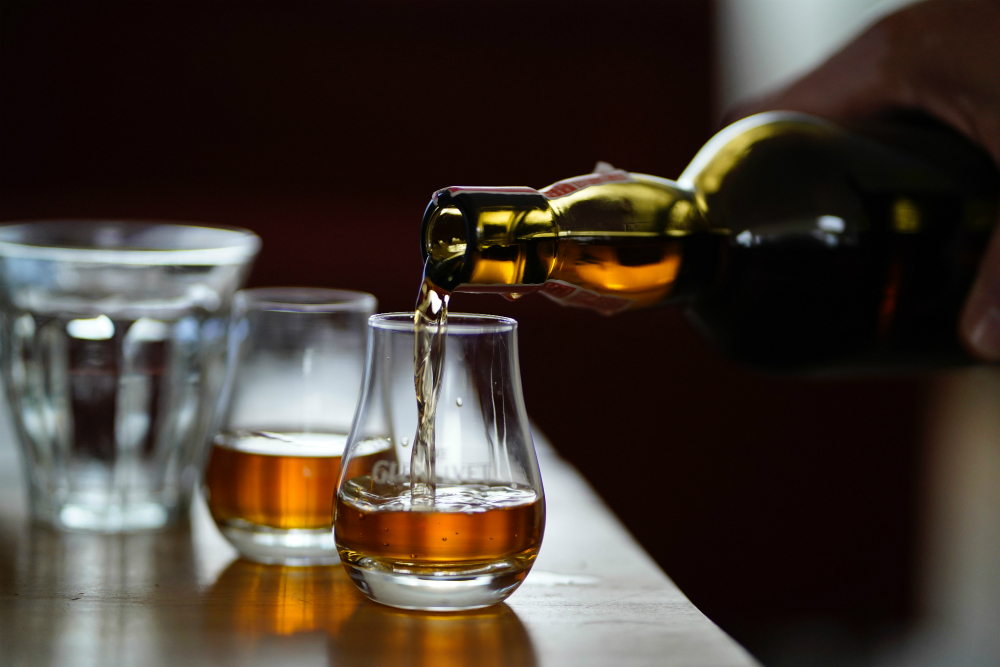 These 10 distilleries are some of the most famous in Scotland, and while they may have all made our list, the flavors and final product’s couldn’t be more different. Here’s a quick overview of the top 10 places every whisky lover needs to visit in Scotland, read on below for more information about each place.

Located on the south of the island of Islay, Lagavulin is the home of Islay single malt scotch whiskey. The distillery dates back to 1816, and is known for its producer’s use of a slow distillation speed and pear shaped pot stills. The standard bottling is a 16-year-old, bottled at 43% AB – the drink of choice for Ron Swanson, for any Parks and Rec. fans reading this.

While you might be inclined to think that Highland Park comes from The Highlands, the name actually refers to the fact that the distillery was founded on an area called ‘High Park’, distinguished from a lower area nearby. It’s the northernmost distillery in all of Scotland, located in Kirkwall, Orkney. The Magnus Eunson tour, which you can take at the distillery, offers visitors the chance to taste seven different whiskies. Hopefully you’ve arranged for a ride home!

As long as you’re visiting Lagavulin, you’ll need to make a stop at the Laphroaig distillery. It’s also located on the south coast of Islay, an area home to some of the most interesting flavors in the world. Laphroaig calls itself “the most richly flavoured of all Scotch whiskies”, a statement that isn’t far from true. The whisky is most commonly aged to 10 years, although the 15-year-old variety is popular as well.

Ballindalloch, Scotland is home to some of the best whisky in the world, and The Glenlivet distillery should be first on your list when you visit. Founded in 1824 and in operation ever since, it’s become one of the biggest single malt distilleries in the world. If you’re taking someone with you who’s new to whisky, we’d recommend visiting The Glenlivet first. It’s much lighter tasting than a Laphroaig, Lagavulin, or Highland Park.

Need an early tasting? Have no fear, the Glenmorangie distillery is open everyday of the week at 9:45 AM. Located in Tain, Glenmorangie is classified as a Highland distillery, boasting the tallest stills in Scotland. While it may not be as popular as the Glenlivet in America, in Scotland Glenmorangie is king. It’s been the best selling single malt in Scotland continuously since 1983.

Categorized as a Speyside, The Macallan distillery is located in Craigellachie, Moray. The town is located right where the River Fiddich meets the River Spey. Oak Sherry casks give The Macallan its distinctive flavor, and since 2004 the distillery has been experimenting with a Fine Oak series which mellows the whisky in bourbon oak casks as well. Tours are limited to 10 people at a time.

Founded in 1830 by Hugh and Kenneth MacAskill, Talisker operates five stills using worm tubs (condensed coils) rather than a modern condenser, which is said to give the whisky a fuller flavor. It’s most commonly matured in American oak casks in Carbost on the Isle of Skye.

It’s all in the family at the Glenfiddich distillery. It’s special in the way of Scottish distilleries in that it’s still managed today by its founders, William Grant & Sons. It’s a Speyside whisky that tastes fruity and sweet, located just outside the busy whisky town of Dufftown. It’s one of the best known whisky brands in the world for a reason. Fun Fact: William Grant also founded Balvenie and Mortlach. He knew what he was doing.

Another Speyside whisky, Aberlour sits at the meeting of the rivers Lour and Spey near Ben Rinnes. You should book your tour well in advance of travel, as walk-ins are sometimes informed that there is a week or two waiting list. Walk the town and surrounding area as well if you have time, it’s a beautiful area of Scotland.

Located on the outskirts of Aberfeldy on the southern bank of the upper Tay, Aberfeldy distillery is situated in the center of Scotland. It was founded in 1896 by John Dewar & Sons and relies on the fresh water stream Pitilie Burn that runs alongside the distillery grounds. It’s the only distillery in Scotland that uses these waters, which gives the whisky a distinctive taste you’re sure to love. Plus, you’ll learn as much about the history of the region as you are about the whisky, making this distillery one of our favorites in Scotland.