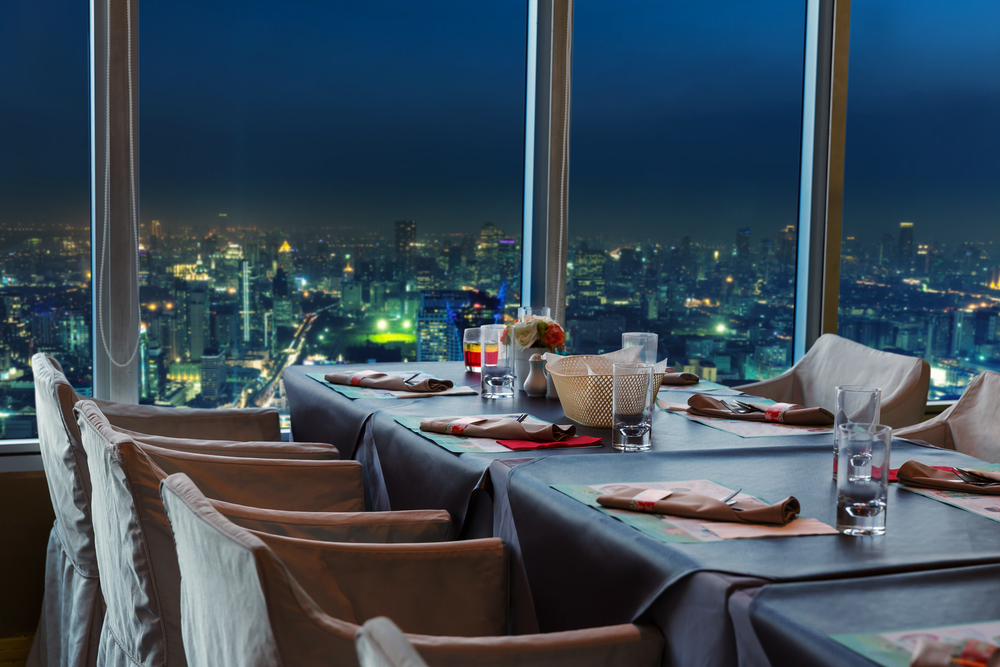 If you’re a foodie, you can appreciate a good meal that comes with a large price tag. You know you’re getting what you pay for at restaurants that boast Michelin stars, critically acclaimed chefs, and rave reviews. That being said, some menus are so expensive, they’ll make your jaw drop. That doesn’t mean you won’t want to book a reservation as soon as possible. Here are ten of the world’s most expensive meals.

At Toya, a Bras restaurant in Japan, the views of volcanic Lake Toya are as stunning as the two-Michelin star food they’re serving. The “Discovery and Nature” menu will set you back 27,000 Japanese Yen, which is around $250. It features the likes of smoked and roasted duck and scallops from the island.

Chef’s Table is Brooklyn Fare’s three Michelin-starred restaurant. With only 18 seats in total, it’s hard to book a table at this hotspot. Chef César Ramirez’ 15-course tasting menu changes daily and is inspired by both Japanese and French cuisines. You don’t have to worry about tipping at Chef’s Table, but your average bill will be more than $300.

At the Ithaa Undersea Restaurant, you’re 16 feet below sea level in the Indian Ocean, surrounded by 180-degree views of sharks and coral reefs. It’s one of the most beautiful restaurants in the world. The contemporary six-course European dinner menu is $320 and includes caviar, sea snails, and veal tenderloin.

There are very few female chefs in the world who run a three Michelin-starred restaurant, Chef Anne-Sophie Pic at Maison Pic in Drôme is one of them. The “Menu Essential” is a nine-course menu that will set you back $375. The dishes are ever-changing, boasting a combination of flavors, and are incredibly creative.

The French cuisine at Restaurant De L’Hôtel de Ville in Crissier has earned their three Michelin stars. The 11-course menu comes with a $400 price tag. Delicious dishes include duck foie gras with pistachios, lobster with carrots, and Italian hazelnut ice cream. Not to mention their extensive wine list is 40 pages long.

Chef Kunio Tokuoka runs the Kyoto outpost of KITCHO, also known as Arashiyama KITCHO. You can choose from several fixed price menus, the expensive of them all totals 54,000 Japanese Yen, which is about $475. The ten courses include sashimi, grilled, and steamed dishes that are served in an atmosphere of tradition and hospitality.

Chef Masa Tamayaka is doing sushi like no other at Masa in New York City, utilizing fresh and seasonal ingredients and creating edible works of art. The intimate experience will cost a pricey $595, but the dress code is casual and comfortable. Reservations are necessary, as people come from all over the country, some even traveling from different parts of the world, to eat at this establishment.

Paul Pairet’s immersive restaurant Ultraviolet in Shanghai hosts ten diners per night, in a room that focuses on a multi-sensory experience. There’s music, videos, scents, and simulations, along with incredible food. It costs about $600 to partake in this high-tech party, and you never know what exactly awaits you. The dishes, and the atmosphere, rotate regularly.

Sublimotion, located in Ibiza’s Hard Rock Hotel, is more of an event than a restaurant. It costs around $1,850 per person, but it’s so much more than just a dinner. The tasting menu ranges from 15 to 20 courses, all curated by Michelin-starred chef Paco Roncero. Avant-garde videos play on the wall and on the table as you, and 11 other people, enjoy the meal of a lifetime.