Home » 10 Most Beautiful National Parks to Visit in the USA

10 Most Beautiful National Parks to Visit in the USA 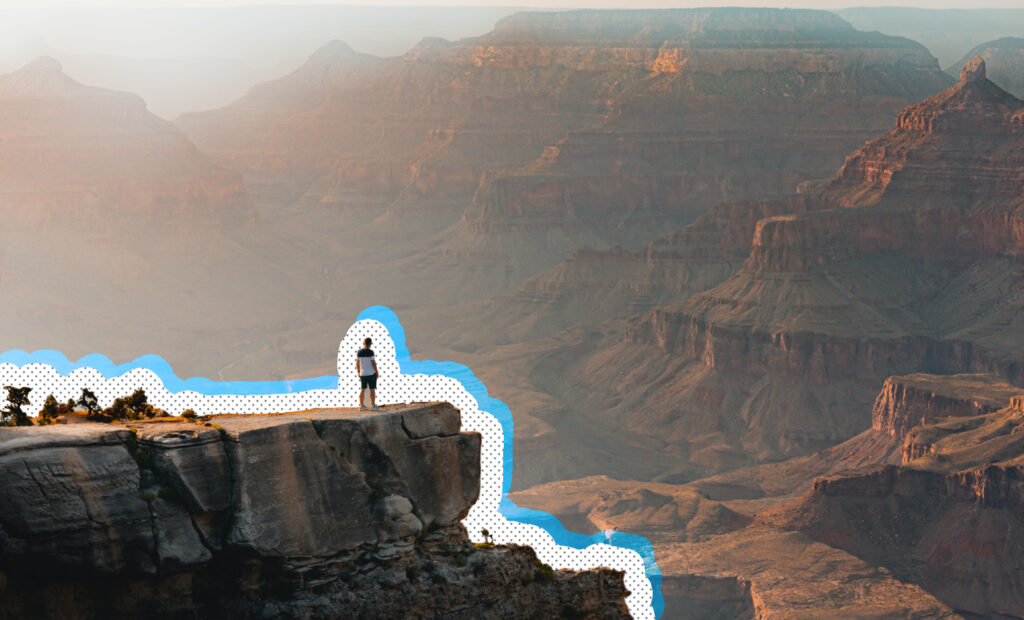 There are 423 national parks sites throughout the United States, spanning over 84 million acres. Likely, you won’t be able to visit all 400+ parks, so you’re going to have to narrow it down to your top choices. We’ve made the whole process a little easier with this list of 10 beautiful national parks everyone should visit in the US.

It feels impossible (and unnecessary, they’re all so beautiful in their own ways) to rank one park over another, so this list is in no particular order!

Yellowstone is known for its lush greenery, diverse wildlife, and stunning mountain ranges. You can visit Yellowstone Lake, which is North America’s highest elevation lake. Or, visitors can explore the park’s many hot springs. Most people choose to see the Old Faithful geyser, which has a steady rate of erupting every 44 minutes to two hours since 2000.

There’s something impressive and eye-catching just about everywhere you go in this enormous park.

Zion National Park is located in the state of Utah. If you’re visiting Yellowstone, you could make it a two-for-one trip and visit Zion as well! It’s only about an 11-hour drive.

Probably the most impressive feature of the park is the stunning views of the 15-mile Zion canyon. The red and orange Navajo Sandstone canyon walls were created by erosion from the Virgin River. And the result is a stunning view that is going to leave you breathless.

The park offers visitors plenty of fun activities to choose from, including hiking, biking, rock climbing, camping, and river boating. You can even go horseback riding from March to October. However you choose to explore the park, it’s guaranteed to be an adventure!

Yosemite National Park is in the western Sierra Nevada mountain range of Central California. The park spans almost 1,200 miles and is known for its gorgeous waterfalls, cliffs, and mountain views. If you enjoy birdwatching, you’ll absolutely love this park. Yosemite has over 165 species of migrating birds, with an additional 100 species marked as “transient” birds.

One important thing to note is that Yosemite is one of the country’s most popular parks. It turns out everyone wants a view of the beauty that is Yosemite Park. Millions of people visit the park annually between April and October. While reservations aren’t mandatory to enter the park, they can help increase your chances of getting in. Additionally, try to arrive early so you can beat the crowds.

Located in Montana, Glacier National Park is one place that you need to see in person to fully appreciate its beauty. This park covers over a million acres of land and has views of the Rocky Mountains. Thanks to its sheer size, the park has quite a lot to offer visitors: over 700 miles of trails, more than 130 names lakes, and over 1,000 species of plants.

Glacier National Park borders the Waterton Lakes National Park in Alberta, Canada. In 1932 the two parks “combined” to become the world’s first International Peace Park. The two joint parks are sometimes referred to as “the Crown of the Continent.”

Of course, as the name suggests, the park is full of glaciers and glacial features. However, the most exciting attraction for most visitors is driving down the “Going-to-the-Sun Road.” This 50-mile route provides a gorgeous view of the park while giving you a rollercoaster-like experience. The drive definitely feels dangerous at times, but it’s worth it!

People come from all around the world to visit Arizona’s Grand Canyon National Park. And, we can understand why! The Grand Canyon is often listed as one of the Wonders of the World. People who see the Grand Canyon are stunned by its size and beauty.

The national park has a lot to offer visitors. You can explore trails and go backcountry hiking, biking, recreational fishing, and even on river trips that last between one to 18 days. It’s such a fantastic destination – trust us when we say the time will fly by in this park.

The experiences you can have on the big island of Hawaii are endless, it feels like one never-ending park. Still, there is an actual national park you can visit. The island of Hawaii is home to the Hawaii Volcanoes National Park. This is one of the most unique parks in all of America. As you may have guessed, this park is home to two active volcanoes – Kīlauea and Mauna Loa. Kīlauea is the world’s most active volcano, so there’s a probability that when you visit the park, you might see some lava!

The park has two main roads you can drive through: the Crater Rim Drive Tour and the Chain of Craters Road. Both routes will take you winding through the park so you can access lookouts and get close to craters. We recommend making a day of it and driving along both roads!

When people think of Alaska, parks might not be the first thing that comes to mind. And yet, Denali National Park is one of the most stunning national parks in the country! Denali is the highest mountain in all of North America and is the focal point of the park.

Unlike many other national parks, Denali isn’t closed in the winter. Visitors can go cross-country skiing, dog sledding, snowshoeing, and snowmobiling in the winter months. Denali is also home to a diverse group of animals. If you’re lucky, you might see Dall’s sheep, foxes, arctic ground squirrels, moose, and more. The park is also home to some dangerous species, such as wolves, grizzlies, and black bears.

The park was formerly called Mount McKinley National Park, but in 2015 President Obama officially had it renamed Denali National Park.

Crater Lake National Park is Oregon’s only national park. The park has a beautiful caldera, appropriately named Crater Lake. The lake formed after the volcano Mount Mazama erupted and collapsed approximately 7,700 years ago. And this gorgeous lake is exactly what draws most people to the park. Crater Lake is the deepest lake in the United States and has shockingly clear water. If you’re set on seeing the lake, make sure you check the visibility status online before you go. Clouds can block views of the lake on most days.

Still, there’s a lot more to see and do at this park than just the lake. Drive along the famous Scenic Rim Drive, and you’ll be able to stop at over 30 overlooks while you make your way along this 33-miler route. If you prefer not to drive, you can opt to take the Rim Drive by Trolley.

Mount Rainier National Park is located in Washinton state. The national park is home to Mount Rainier, an active volcano and the most glaciated peak in the USA. This park seemingly has it all – forests, wildlife, five major rivers, more than 25 glaciers, and waterfalls.

Mount Rainier is a popular climbing destination. It’s estimated that approximately 10,000 attempts are made to reach the top annually. However, the success rate to summit sits at 50%.

If you’re not intent on conquering the mountain, there are plenty of other things to do in this park! You can go hiking along trails, biking, camping, fishing, and boating.

Sequoia National Park, located in Nevada, offers a landscape like you’ve never seen. This park is most known for its enormous giant sequoia trees. Sequoia Park is home to the world’s largest tree – officially named the German Sherman Tree. In fact, this national park has five of the ten largest trees in the world!

It can feel like you cross from one climate to another as you explore the park. You can go from being cold in the alpine peaks to suddenly feeling warm in the park’s foothills. Thanks to the park’s diverse ecosystem, you’ll be able to spot a lot of different wildlife! Some of the animals that call this park home include Mule deer, bats, pikas, black bears, reptiles, mountain lions, foxes, and the endangered Sierra Nevada bighorn sheep.

Make it a challenge to visit one of these parks every year for the next decade. These national parks really give you an understanding of the vast biodiversity the United States has to offer.