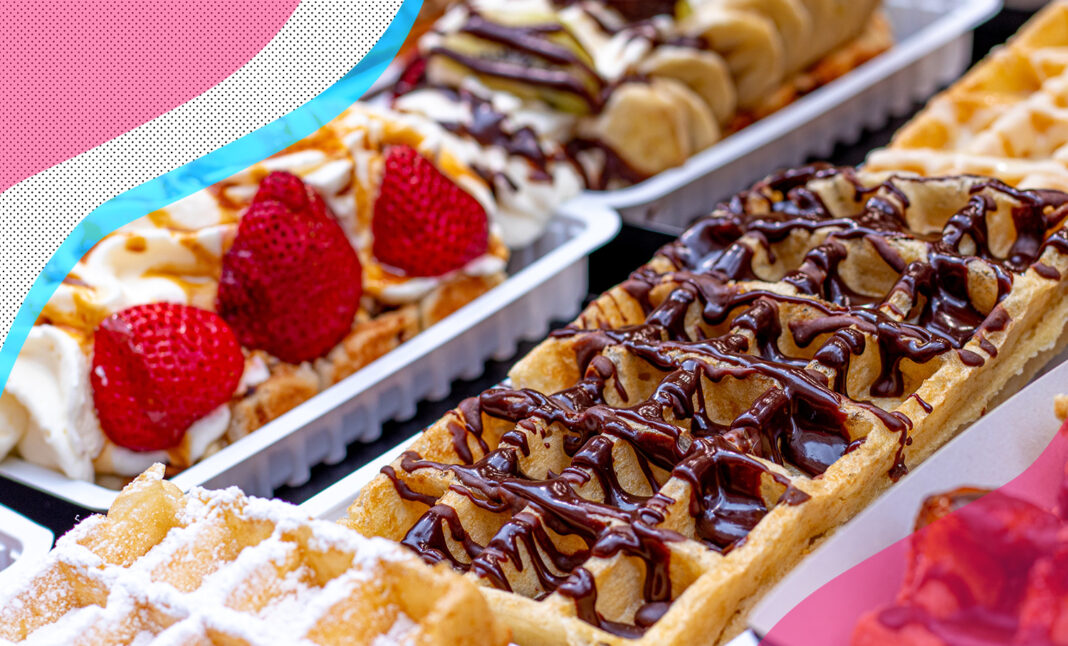 Food is easily one of the best parts of traveling. And if you’re a serious foodie, you probably let food dictate where you travel. Why not let some of the best meals around the world help you determine your next destination? We’ve identified the 10 meals every foodie should add to their bucket list. We promise every single one of these meals is going to blow your mind.

Paella is probably Spain’s most famous dish. This rice dish is made with saffron, vegetables, and protein and served in a large shallow pan. The paella is always slow-cooked until it develops a blackish crust on the bottom of the pan, known as socarrat.

Paella is originally from Valencia and traditionally comes in two versions: rabbit and chicken or seafood. However, travel around Spain today and you’ll find paella comes in many types of varieties and combinations.

Making paella right can be quite technical, but you can guarantee it’s done right in just about every restaurant in Spain. Enjoy this filling, complex dish while sitting in front of a beach in Spain and drinking some regional Spanish wine.

If you travel to Switzerland, you’ll have plenty of opportunities to eat great food. You’ll especially love the national dish of raclette. This dish melts cheese and scrapes it off as a topping on your plate – often onto meat and vegetables. Raclette is easily one of the most warm and comforting meals you’ll ever have. It’s also a fun meal as most restaurants will scrape the cheese off right at your table!

Belgium is known for many food items, including chocolate, beer, fries, and waffles. However, it’s the liege waffles that are out of this world. Liege waffles are made with crystallized sugar, so the waffle is thicker, crispier, and has small sugar clumps. It’s so delicious, we guarantee you’ll order it for breakfast every day in Belgium.

While France’s national dish is pot-au-feu, croissants, crepes, macarons, and coq au vin are also seen as French national dishes. And, you won’t be able to get coq au vin as good as in France. This dish is chicken braised with wine, mushrooms, and lardons. Coq au vin is comforting, rich, and always filling. Eating this in Paris or the Southern countryside with a glass of red wine will give you a classic night out in France.

The pho you have probably had in your hometown is nothing like the pho in Vietnam, and you must try the authentic version. Pho is traditionally a breakfast dish in Vietnam, but recent travel demands have made pho available all day in many restaurants. And, depending on where you are in Vietnam, you’ll get slightly different takes on pho. The broth is clear and simple in the North, while the South opts for a sweeter and bolder broth. Even the meats, sauces, and toppings differ between the South and the North. Regardless of where you have pho in Vietnam, it will undeniably delight. This will be one of those meals you never forget.

Currywurst is a classic fast food, casual dish in Germany that is a must-do. This dish may be simple, but it’s full of flavor and is a German staple. You get a steamed and fried pork sausage alongside a plate of fries and curry-spiced ketchup. It’s a delicious dish that you can enjoy any time of the day from local street vendors or casual cafes. Make it a complete meal by having a large glass of German beer with it.

Peking duck is considered to be China’s national dish, originating from Beijing in the Imperial era. The first record of peking duck appears in a cookbook from 1330, where the chef instructs the duck to be cooked inside the stomach of a sheep. Over the decades, the recipe has adapted but remains close to its original inception.

Peking duck is a duck dish cooked to have thin, crispy skin while the meat stays tender and juicy. Traditionally the duck is sliced right in front of diners at their table. Most authentic versions of Peking duck serve it with a thin crepe, green onions, cucumbers, and a sweet bean or hoisin sauce.

The star appeal of Peking duck is the delicious, crispy skin. When done right, this skin is better than the duck meat itself! Together, this whole dish encompasses the technical skills and flavors of Chinese cooking. And, there’s no better place to have this dish than China itself.

Poutine is Canada’s national dish, originally coming from Montreal. And, we’ll be honest, the best poutine in the country is still in Montreal. This dish is like eating a warm hug. You get a massive plate of fries, fresh and squeaky cheese curds, and thick gravy poured on top. While the traditional recipe is just those three ingredients, most places also offer other accompaniments. You can add vegetables, meats, and sauces to your poutine for an extra indulgent experience.

Even if you’ve had poutine before, there’s nothing like poutine in Montreal. This city takes its national dish seriously and makes it with love.

If you walk into any restaurant in Morocco, it’s almost guaranteed that tagine will be on the menu. This national dish is an aromatic stew of meat, vegetables, and spices cooked in an ancient ceramic cooking pot with a cone lid. Both the cooking vessel and the stew itself are called a tagine.

The shape of the tagine allows for the cone to trap steam at the top as the dish cooks. This steam ensures the dish is evenly cooked inside and the meat doesn’t dry out.

If you visit Morocco, you’ll find many interpretations of tagine, with the most popular choices being chicken, vegetarian, lamb, and beef. Moroccans love spices, so the stew is always unbelievably flavorful yet different at each restaurant. The whole experience is lovely – from opening the clay pot yourself and revealing the fantastic dish inside to getting to eat an excellent combination of fresh ingredients and flavors.

Sure, you probably feel like you’ve had authentic tacos before. But there’s nothing quite like tacos in Mexico. That’s because everything is truly made from scratch when you order tacos in Mexico. Stop at a street cart or a restaurant, and they probably made their corn tortillas fresh that morning. The meat, toppings, and pico de gallo are all fresh too.

Most notably, it’s incredible to see all the different flavor combinations places make up. You can go to ten restaurants in the same Mexican city and you probably won’t find the same taco twice!

So, how many of these meals have you already crossed off your bucket list?